Can a physical quantity be of different dimensions depending of the system of measurement?

When comparing the Wikipedia articles on the International System of Units, the Planck unit system, and the geometrized unit system one question arises: can a physical quantity be of different physical dimension depending on the system of measurement?

What triggers this question is the table Geometrical Quantities in the geometrized unit system article: 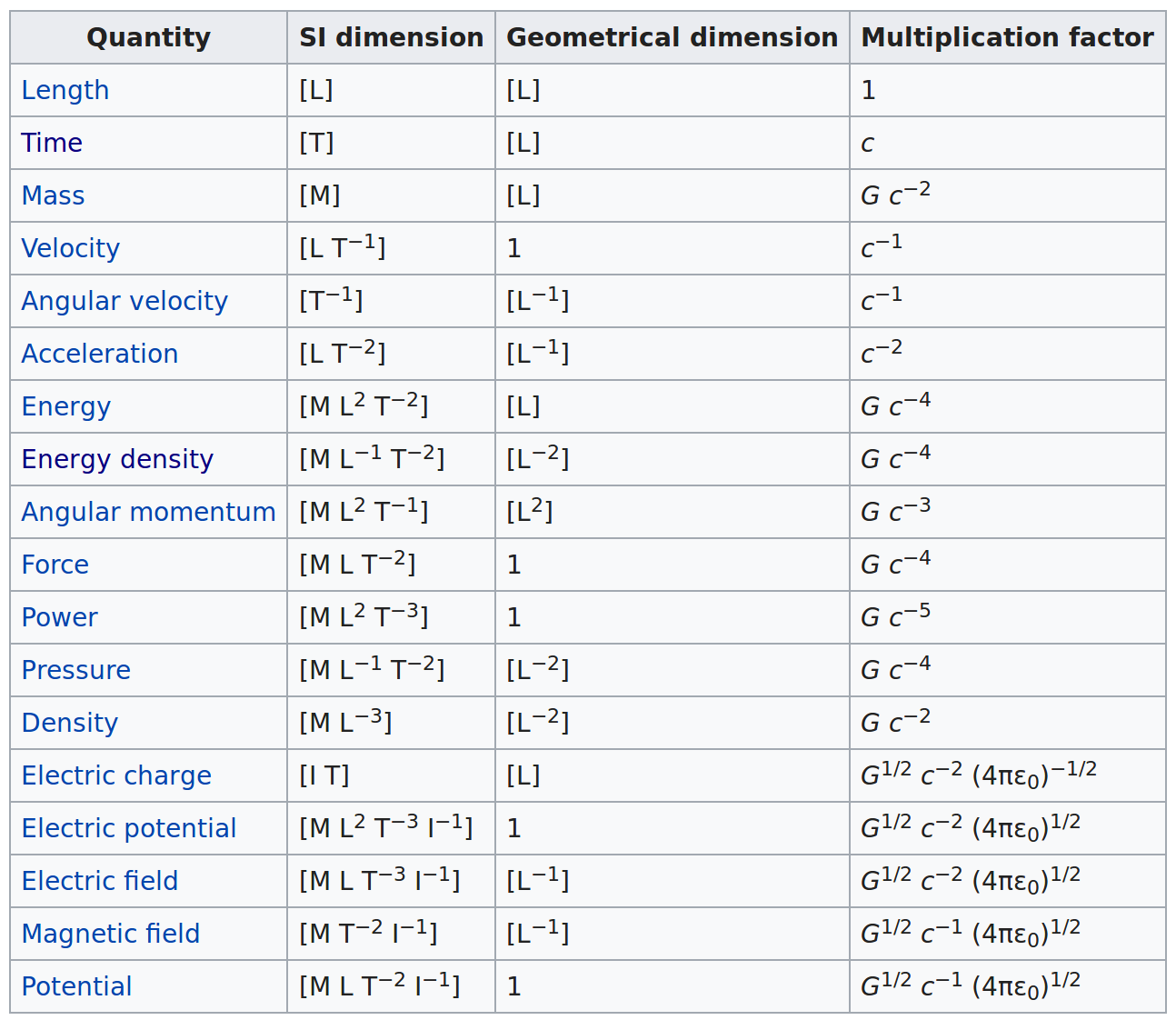 Contrarily to the Planck unit system in which a length stays a length, a "time" and a "length" in geometrical quantities have the same dimension [L].

Questions: Is it really the case? Or is that a "time" does not really exist in geometrical quantities? If that's the case then what would be a more rigorous phrasing corresponding to this table? What does this table actually says?

Any clarification is very welcomed.

can a physical quantity be of different physical dimension depending on the system of measurement?

Yes, most definitely! The dimension of a physical quantity is a matter of convention which is established by the system of units. It is not a fundamental physical fact of the universe.

You have discovered this fact in the context of geometrized units which have only a single physical dimension, length. Geometrized units are the most extreme example of this, but is not commonly used so it is relatively obscure. However, the various “cgs” systems of units are commonly used but also have surprising variations in the dimensionality of electromagnetic quantities.

So the dimensionality of the physical quantity is a convention that is specified by the system of units used, and that convention will alter the mathematical form of the laws of physics when expressed in those units. At least regarding the presence of dimensionful constants.

Is it really the case? ... What does this table actually says?

Yes, that is really the case. That table actually says what it appears to be saying at face value. The physical dimensions of the geometrized units is different from the dimensionality of the corresponding SI quantities.

Not the answer you're looking for? Browse other questions tagged units dimensional-analysis physical-constants si-units or ask your own question.

7
Whats the range of dimension exponents in the SI system of units?
4
What is the opposite of the Planck length?
68
Why is the mole/"amount of substance" a dimensional quantity?
2
Dimensions of physical quantities in quantum mechanics
187
Are units of angle really dimensionless?
0
How is the division of physical quantities into base quantities and derived quantities a matter of convention?
2
Gaussian (CGS) unit of temperature: is there a statkelvin?
3
How are the seven base units related to each other?