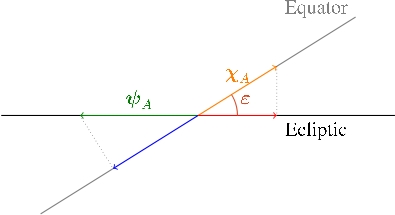 5
The "official" mass of the sun as unit?
3
Does the length of the sidereal day vary systematically?
0
How explain this perturbing equation about the 43 arcseconds?
0
How long is a 'sun year'?
20
How many minutes in a year?
2
What does it mean to multiply the precession of the earth's axis with $\sin{(23.5)}$?
1
Why the solar term gaps differ up to 1 day?