From Griffiths' Intro to electrodynamics: 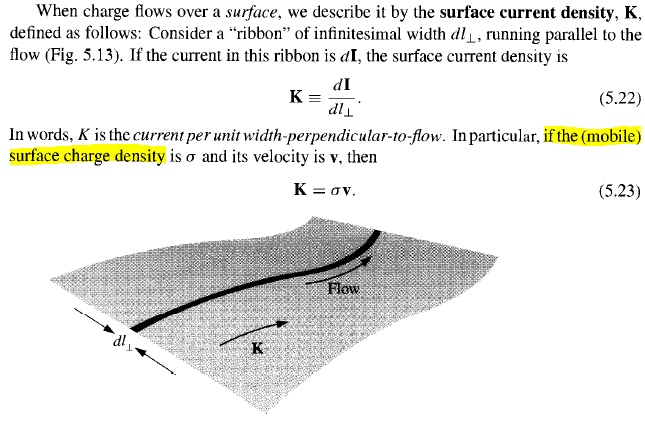 3) If I'm asked to find the surface current density as follows:

Not all charges are mobile. For instance, protons and most electrons in a solid metal are not mobile. So, here, surface charge density could be interpreted as a surface density of free electrons.

Yes, dl is the width of the whole ribbon.

I'm able to derive K will be equal to I/2πa mathematically, but if the current is flowing throughout the volume of the wire, how can I visualize the unit length perpendicular to that flow?

Not the answer you're looking for? Browse other questions tagged electric-current classical-electrodynamics or ask your own question.