Predicting Rotation vs Sliding Forwards when Pushing an Object

Suppose there is a cuboid object sitting on a table, and a force is then applied to it. This figure shows the top-down view:

I am curious to understand how the object will move due to this force, such as whether it will rotate, or slide forwards. I would like to know how this will differ when the only varying parameter is the frictional coefficient between the object and table.

After pushing various objects around on my desk, I have noticed three different behaviours for different objects:

Rotating about the centre: 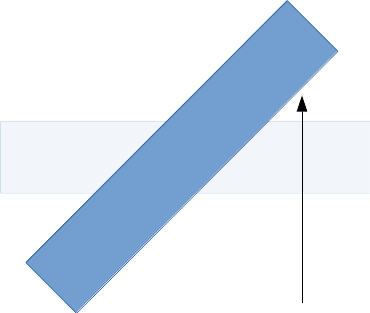 Rotating about the end: 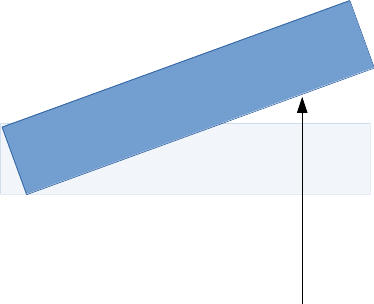 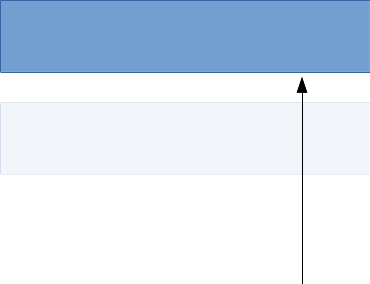 My understanding is that the object will move according to whichever motion requires the least force, i.e. whichever motion would happen "first" if the force started from zero, and started to increase (e.g. from here). Given this, it seems to me that for a fixed value frictional coefficient, the motion requiring the least force would be the one where the object rotates about the end. My reasoning is that this motion requires the least physical movement of the object from its original position, i.e. the smallest integral of (force X distance) across the object, and therefore the least energy required to overcome the friction during sliding.

However, this does not seem to be the case in practice. I observe all three motions for different kinds of objects, and I don't understand why. Can somebody explain to me why my intuition is incorrect, and what the correct relationship is between the coefficient of friction, and the object motion?

For the ideal scenario, the path the cuboid takes is independent of friction. The primary way your desk experiments differ from the ideal scenario is your assumption that the applied force is constant (namely in direction).

Let's lay out some assumptions for the ideal scenario:

There is a common assumption about frictional forces as well:

Under assumptions 1 and 3 above, the cuboids path will be a combination of rotation about the center and translation of the center.

Under assumption 2 and 4 above, the path the cuboid takes is independent of friction.

This can be understood intuitively from assumption 4: if friction is always a drag force (i.e. directed behind you) it never has a component to the left or right. Consequently, it only speeds you up or slows you down; it doesn't change the path you take. A mathematical proof is given below.
If friction can't change the path the cuboid takes, it still does the same amount of rotation and translation regardless of the coefficient of friction.

Assumption 3 is the weakest assumption when applied to experiments. Take for example pushing a book's corner with a finger. In that case, the book likely only experiences a contact (a.k.a Normal) force perpendicular to the face:

To truly apply a constant force, you would need some sort of linkage. For instance, a push-rod that connects to a pin in the cuboid. Otherwise you are missing out on part of the applied force parallel to the face.
Without that linkage setup, the force will start performing translation of the cuboid, but then predominantly rotate as you get further into the path.

Not the answer you're looking for? Browse other questions tagged newtonian-mechanics forces classical-mechanics rotational-dynamics friction or ask your own question.

7
Force required to move bar at one end

1
What causes angular and linear deceleration in a sliding and rotating ring?
0
Role of friction during pure rolling
1
Why do spheres roll so far?
2
Rotating object on table: from sliding to rolling
7
Can kinetic and static friction act at the same time for this object rotating inside an accelerating cylinder?
3
Why is is harder to get an object to slide than it is to roll given that $\mu_s>\mu_k$?
0
Incline, two objects, same coefficient of friction, different masses, which moves first? Coefficient of friction is independent of mass