How to reduce edge diffraction?

I have a simple setup with a diode laser and an object placed in front of it. I want to observe the edge's shadow clearly.

However, I get this very annoying effect of diffraction and interference around the edges of the object(see pic below)

Is there a way to reduce this effect? Spatial coherence is mandatory for my setup, but spectral/temporal isn't.

The two solutions I've thought of are:
(a) using a temporally incoherent source, like an arc lamp (which unfortunately won't be as spatially coherent as a laser) and
(b) somehow randomly scrambling the phase through the beam's section

I'm not good with optics though so I don't know if these will work or how to implement them.
Different approaches with regards to the light source are welcome. 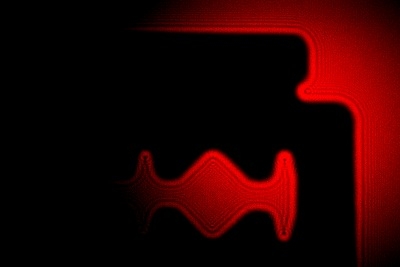 The diffraction can be greatly reduced by any of several methods. You haven't mentioned the objective of your experiment, so some of these might not be useful.

Second method: Place a lens between the object and the screen to image the object on the screen. This will almost entirely eliminate the diffraction "ringing" around the edges of the image. A zoom lens will allow you to adjust the size of the image. I'm guessing this might work for you because you've said you need a spatially coherent source, which suggests you just want to obtain a "shadow" that amounts to an enlarged silhouette of the object.

Third method: Select your object to have optically "soft" edges rather than abrupt opaque-transparent transitions. This amounts to apodization. I'm guessing this won't serve your purpose.

Vibration of the object may help, you would need to get a time averaged measurement. Or can you do a mathematical correction based on observing the maxima and using a formula similar to single slit diffraction.

Not the answer you're looking for? Browse other questions tagged optics electromagnetic-radiation laser diffraction or ask your own question.