Acquire gradient data of a surface from deflection measurement 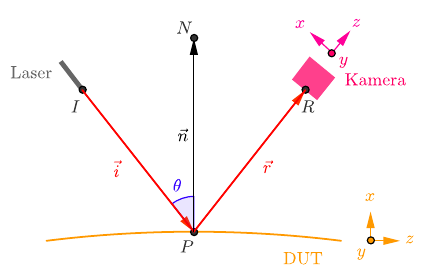 If the DUT moves to the right (Laser, Camera are both stationay), the direction of the normal vector changes (moves to the left) and hence the point $R$ on the camera shifts to the left (along positive $x-$Axis in Kameras frame of reference). For simplicity the $y-$component can be ignored.

What is the computationally most economical way to determine the slope at point $P$ by measuring the deflection of point $R$ in the camera? Assume that the surface (DUT) is a parabola which is open downwards.

The reflection vector $\vec{r}$ from planar DUT (in the figure below) is given by:

In Eq. \eqref{reflektion}, $\cdot$ denotes the scalar product. I know how to determine the point of intersection between a line and a line or a plane. Since we dont have a line but a curve with varying slope, how can the slope and the normal vector at point $P$ be related to one another when the DUT is shifted along the $z-$Axis incrementally (from DUTs frame of reference)? 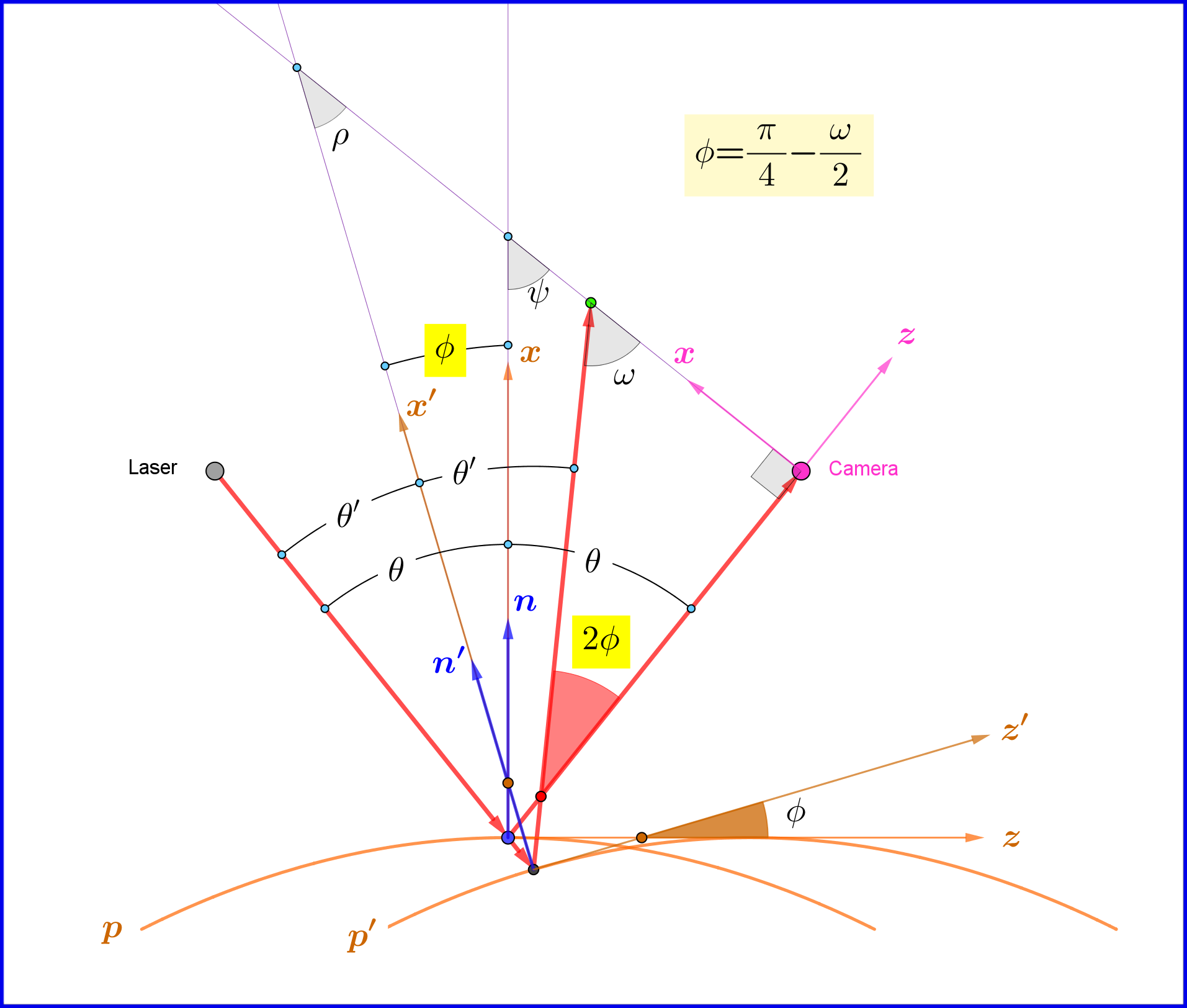 Not the answer you're looking for? Browse other questions tagged vectors reflection geometric-optics or ask your own question.

1
Interchaning a position between two reference frames?
0
Asking the vector form of the equation about velocity
1
Rate of change of a vector
3
Relative wind velocity explanation
4
About reference frame in Newton's second law?
0
Behavior of collimated beam inside tubular first-surface-mirror