How do I calculate the maximum force needed to apply on the structure for it to topple over? [closed] 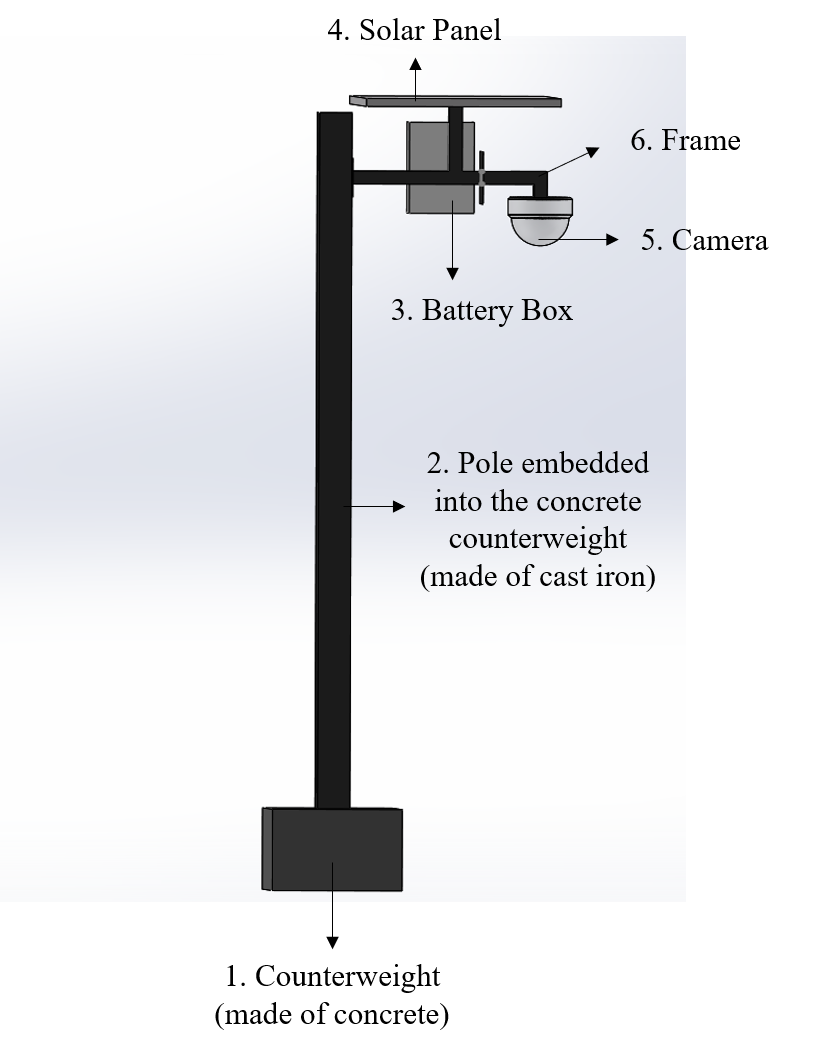 The structure consists of 6 parts as shown and the purpose of this structure is to be placed in construction sites to monitor the progress of works. As such, the structure will be subjected to external forces such as wind. So, I would like to calculate the maximum force (wind) needed for this structure to be toppled over. 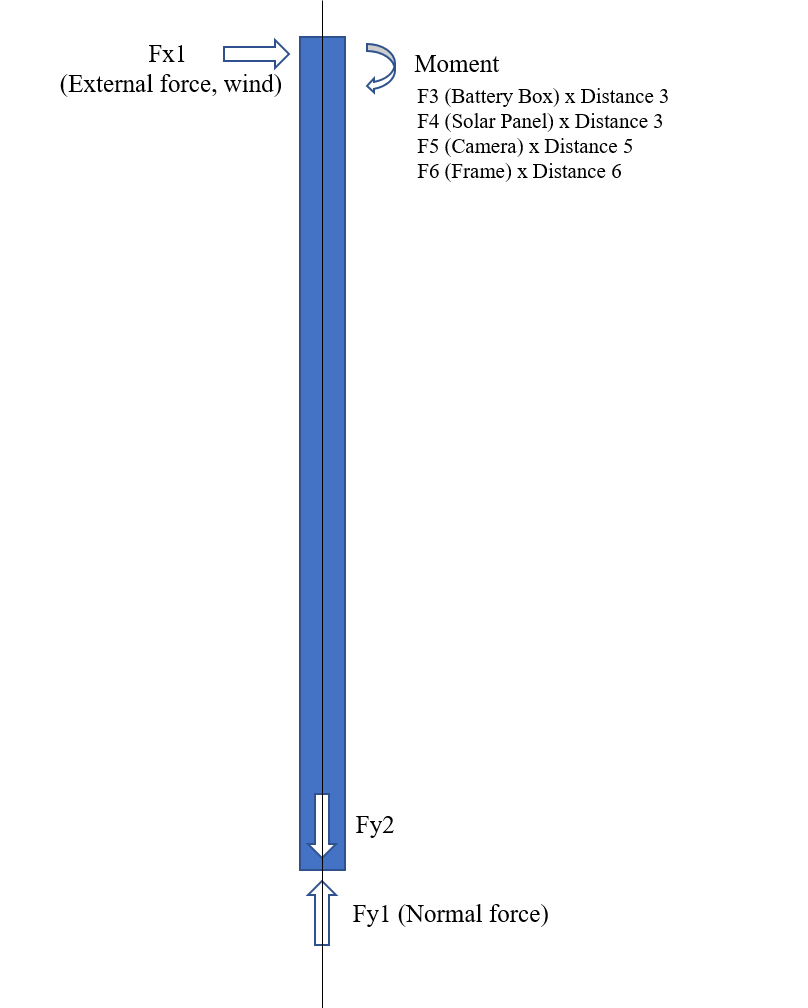 This is what I have came out with but I'm stuck and am not sure how to proceed with my calculation. I am not sure if I should take out Fx1 and assume my structure in equilibrium state but that would leave me with no unknown forces. I also have no idea how centre of gravity plays a part in the calculation. 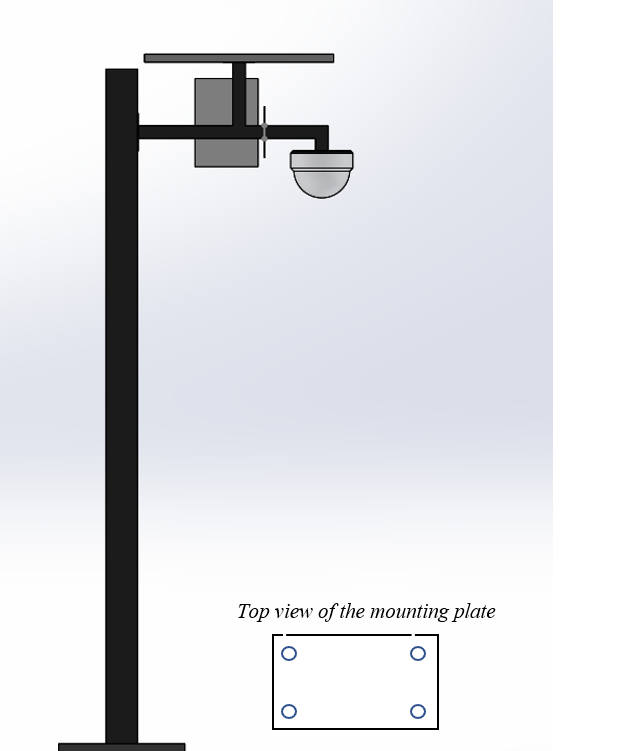 Considering that the counterweight is replaced with a mounting plate and the structure is to be mounted into concrete with chemical plug. How then should I calculate the force needed for the structure to be toppled? Or, in this case, the only failure would be plastic deformation of the pole?

You need to know the amount of mass and the center of gravity (COG) for each of the masses F3- F6 in order to calculate the total clockwise moment less the contribution of the force $F_{x1}$. Each moment contribution is the force of gravity on each item times the moment arm of each. For the moment arm you need to decide on the point about which the moments are to be determined. Based on the configuration, that would seem to be rightmost contact point of the bottom surface of the counter weight with the ground, about which you would expect tipping to occur.

The last clockwise moment is that caused by the force $F_{x1}$ in your diagram. You should leave it in as your variable. By locating it at the top of the pole as you did in the diagram, it will give you the worst-case in terms of causing tipping. The moment arm for the force is then the height of the pole plus counterweight. (BTW If you are concerned about the structure sliding, then locating the force at the bottom of the counterweight is the worst-case for sliding without tipping, and you would need to know the static coefficient of friction).

For the counter clockwise moments, which are depended upon to prevent tipping, the situation is simpler if the post and counterweight are symmetrical in all three coordinates, making determination of the COG simple. But again you need their masses and moment arms with respect to the same point used for taking the clockwise moments.

The final step is to take the sum of all the moments and set it to zero. That should give you the value of the force at the top of the pole for impending tipping.

Translating the force $F_{x1}$ into a wind load is another matter. Calculating wind load involves a number of variables that include, but are not limited to, calculating the projected surface area, wind pressure (which is a function of wind velocity), drag coefficient, and so on. You will need to research this aspect, as it may be quite complicated. Then you would need to decide what point to apply the wind load. That would probably entail determining the centroid of the projected area facing the wind.

Not the answer you're looking for? Browse other questions tagged homework-and-exercises newtonian-mechanics forces free-body-diagram statics or ask your own question.