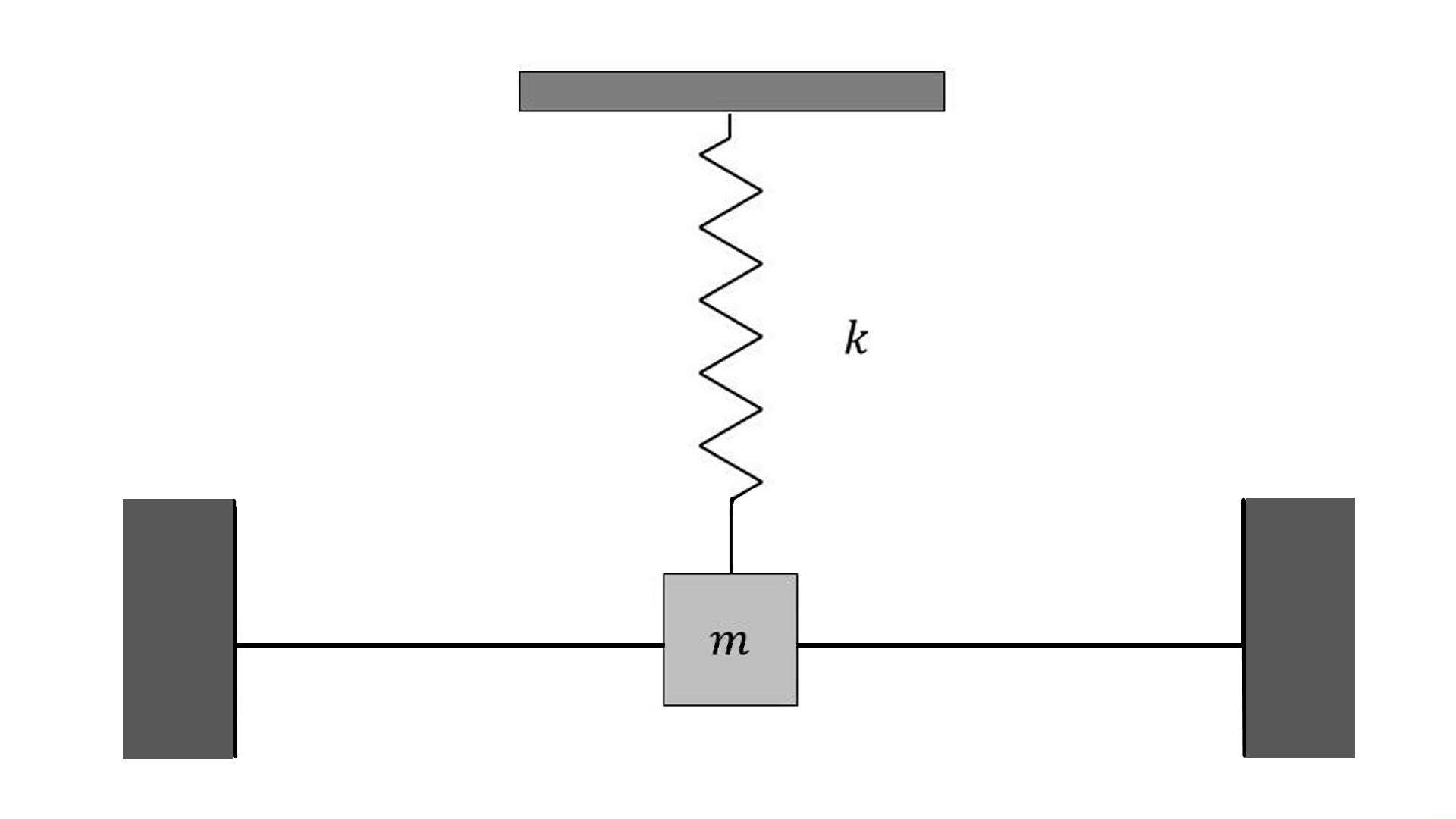 A bead is oscillating in horizontal direction as shown in the figure, our aim is to find the angular frequency of the oscillating bead

Is there any way to find this angular frequency?

The force due to this potential is

and so this non-linear system is not approximately linear in the small displacement regime like, e.g., a pendulum. It doesn't seem likely that the motion will be described by a pure sinusoid of angular frequency $\omega$

After having some more coffee, it occurred to me that in the large displacement regime, the force is approximately

Thus, for a large enough amplitude, I would expect that the motion is approximately sinusoidal with angular frequency $\omega \approx \sqrt{k/m}$. There will be, of course, additional frequency components present though I would expect these to become relatively smaller as the amplitude gets larger.

I'm reminded of a BJT class B push-pull circuit where there is so-called crossover distortion as one transistor 'turns off' and the other transistor 'turns on'. The voltage transfer curve is quite non-linear in this region but quite linear elsewhere. 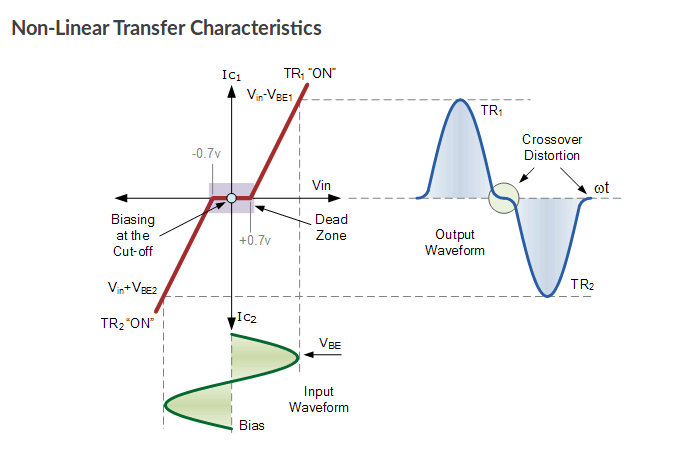 Thus, small amplitude sinusoidal input signals are highly distorted by this circuit but the distortion content of the output rapidly decreases as the input amplitude increases.

The issue is that near equilibrium, your force is not linear, so we can't approximate the system as a simple harmonic oscillator.

Unfortunately this does not get rid of your issue, since $\frac{dF}{dx}=0$ when $x=0$, so near $x=0$ (or $x\ll l_0$) the force is not linear (i.e. does not look like $F=-kx$ for $k\neq0$). Therefore, your conclusion is correct. It just means we cannot find a quantity that represents an angular frequency for SHM.

Note that in general just because the force itself is not of the form $F=-kx$ does not mean we cannot approximate the force to have this form near equilibrium. Unfortunately, for this specific case the force cannot be approximated in this way.

Not the answer you're looking for? Browse other questions tagged homework-and-exercises newtonian-mechanics energy spring oscillators or ask your own question.

7
Two carts connected by spring on frictionless track
2
Is there an easy way to treat the anisotropic harmonic oscilator?
1
In an RLC series circuit on resonance, how can the voltages over the capacitor and the inductor be larger than the source voltage?
1
Better understanding natural resonance frequency and simple harmonic motion
0
Kinematics Question involving Graphs and Definite Integration (self-answer)