Is the time reversed laser really a laser?

I'm looking at the time reversed laser and I was having trouble understanding why we call this device a laser. To me this device is more like the absorbers found in FDTD codes, something like a CPML.

I am having trouble finding the analogs to the following processes in traditional lasers.

Some images of time reversed lasers. 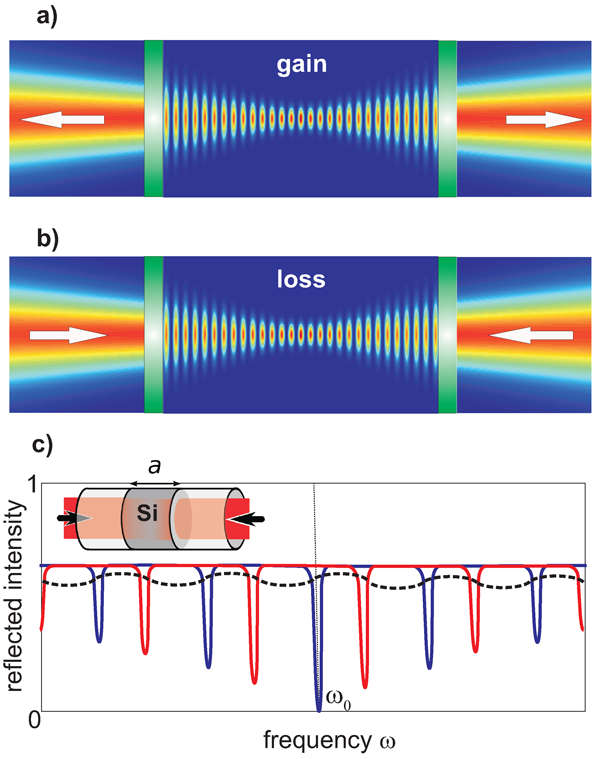 Where is the lasing?

I was having trouble understanding why we call this device a laser.

The 2010 Yale paper title also uses the name "Coherent Perfect Absorber", which is arguably more descriptive. "Time-reversed laser" is a sort of cute name that comes from the Feynman diagram for the electron-photon interaction inside the device. 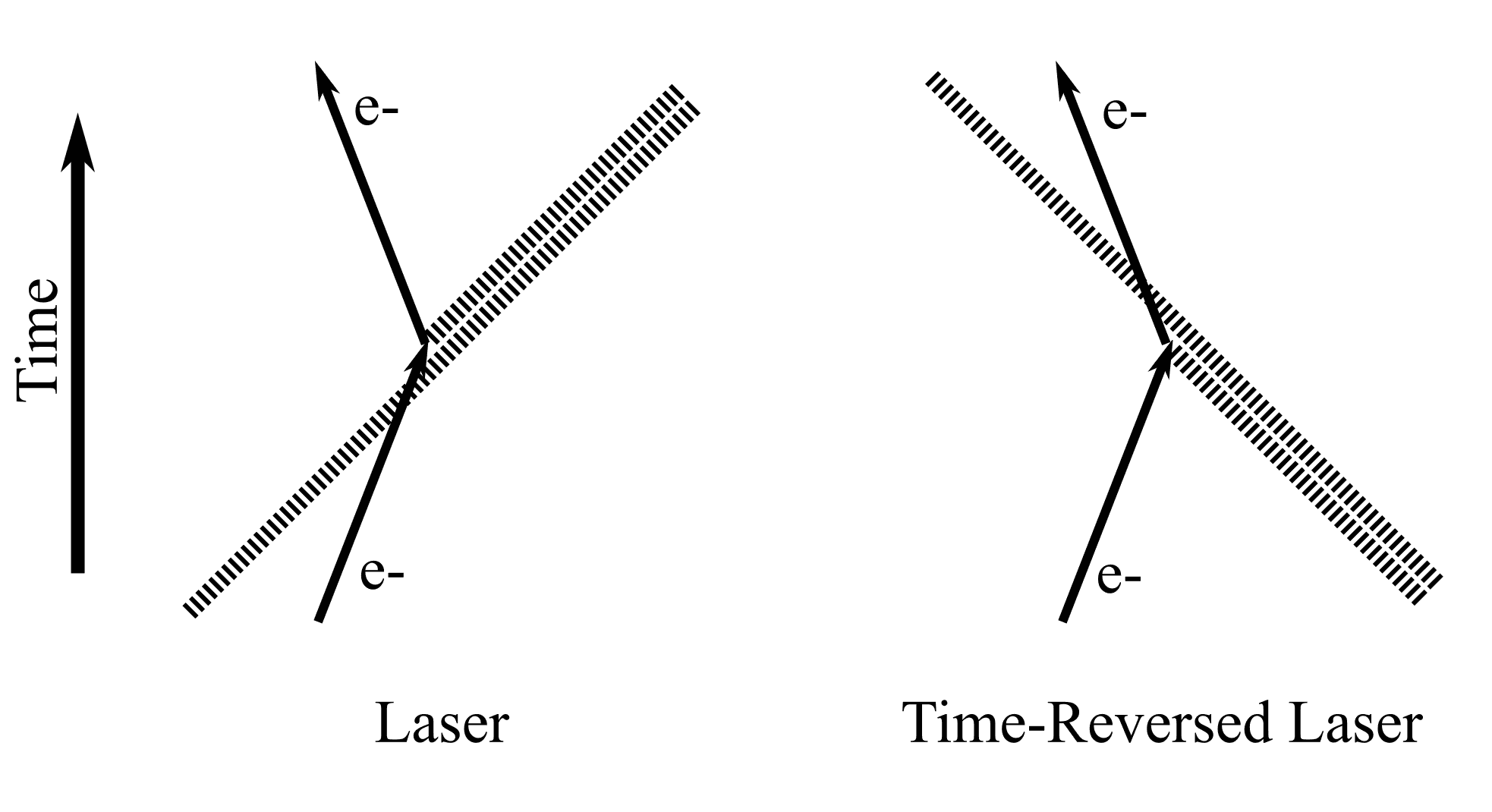 On the left, inside a normal laser an energetic electron gets hit by an incoming photon, and emits a second coherent photon by stimulated emission--the basic amplification process of a laser. Reversing the time axis shows an electron absorbing a photon, which is the basic absorption process in a coherent perfect absorber. The time reversal analogy isn't perfect for several reasons: the second photon is ignored instead of stimulating the absorption, the second input beam to cancel any leftover photons isn't shown, and a truly time-reversed electron would be a positron!

Like a laser, this absorber works with coherent light only, and the optical effects are happening inside a volume, which allows for good efficiency at high power levels.

What is the mechanism for feedback.

A coherent perfect absorber has negative amplification, resulting in an exponential decrease of light intensity. This is a sort of negative feedback, terminating at zero.

In the reverse laser I only see an attenuation constant, whose constant value to me seems exactly like an absorber and not a laser.

It is indeed more like an absorber, but building very strongly absorbing surfaces is surprisingly hard--many materials absorb some light, but also reflect at least a few percent. Absorbers get really tricky at high power, where dissipating the energy requires a volume absorber, which causes problems with reflections off the entrance boundary, in turn requiring wavelenth-dependent antireflection coatings. Typically the only way to reach broadband absorption around 99% is via metamaterials.

Does this device have modes, does the feedback select an absorption width that narrows? The claims of an absorb band corresponding to the visible range (200nm-800nm) is a rather broad range that is characteristic of mostly everything?

I suspect for good performance, the length of the cavity needs to be an integral multiple of the absorption wavelength, which is the exact analog of longitudinal modes in a laser. Regarding the wide bandwidth, there are "ultrabroad bandwidth" lasers with similar bandwidth ranges, typically femtosecond pulsed lasers, often used for optical coherence tomography.

What does population inversion and threshold mean for the reverse laser?

Because we're not exploiting the time-reversed analog of stimulated emission (stimulated absorption?), there is no threshold from spontaneous to stimulated operation. Similarly, a population inversion (more high-energy electrons than low-energy electrons) is not required as in a laser; the usual state of matter with electrons filling the low-energy orbitals is perfectly sufficient.

If it is an absorber doesn't that mean that even a single photon knocks it out stability.

Luckily, high-energy electrons can dissipate the energy they absorb as heat, moving to a low-energy state ready to absorb more photons. In a laser, this same non-radiative energy transfer is used to convert pumped electrons into the middle population inversion state.

In one paper the authors described a 2 state reverse laser system, we know that a 2 state laser is not possible.

The problem with a two-state laser is that stimulated emission photons immediately get absorbed by low-energy electrons. This process is exactly what you're trying to encourage in an absorber!