Do you see the outside world from inside the black hole (can you see past the horizon from inside it)? [duplicate]

If you fall in a black hole, when do you go past the event horizon?

Can matter really fall through an event horizon?

And none of these answered the viewpoint of somebody being inside the black hole. What I found out on this site is that for an infalling observer, nothing special happens (other then being spagettified) but clocks seem to run normally, and an infalling observer would not even notice the event horizon.

For an infalling observer's view, there is no such thing as event horizon. What I did not find is what does somebody see when inside the black hole? Can you look out? Can I see past the horizon?

Light moves faster than a free falling observer inside or outside the horizon. For this reason, light can catch up with the observer either outside or inside (before he hits the singularity), as shown by the intersection of geodesics on the chart below.

Thus the answer is yes, a falling observer can see through the horizon in the radial direction normally, as if there is no horizon, except the light would appear redshifted into infrared (e.g. exactly twice at the horizon). Of course, non-radial lines of sight would be skewed by a strong gravitational lensing.

Please note that a falling observer cannot see the future (despite the fact that the fall takes an infinite time in the Schwarzschild frame), because the light that the observer sees is delayed by gravitational time dilation.

Also note that, while inside, an observer cannot see the singularity, because it does not exist in the observer's present time until he hits it. $$$$ 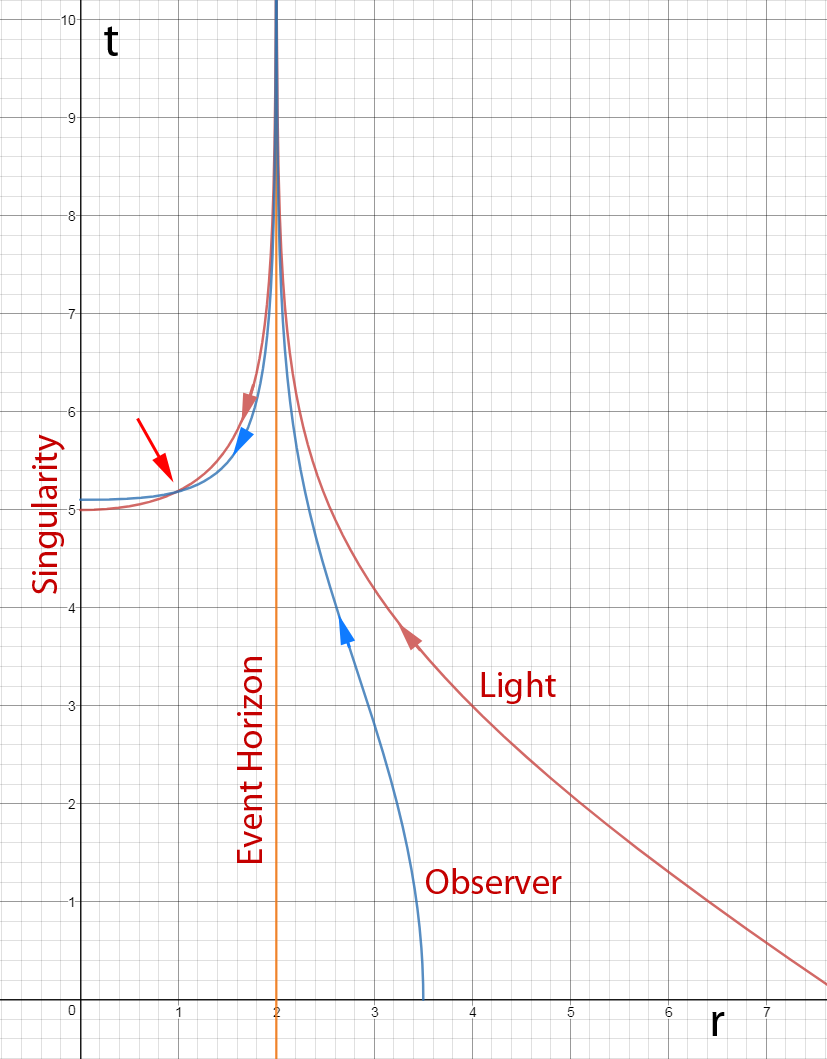 Here is an interesting page with several relativistically accurate animations of the viewpoint of someone falling through the horizon.