Is partial trace the inverse operation of Kronecker product?

By using partial trace, I can extract information of the original states: 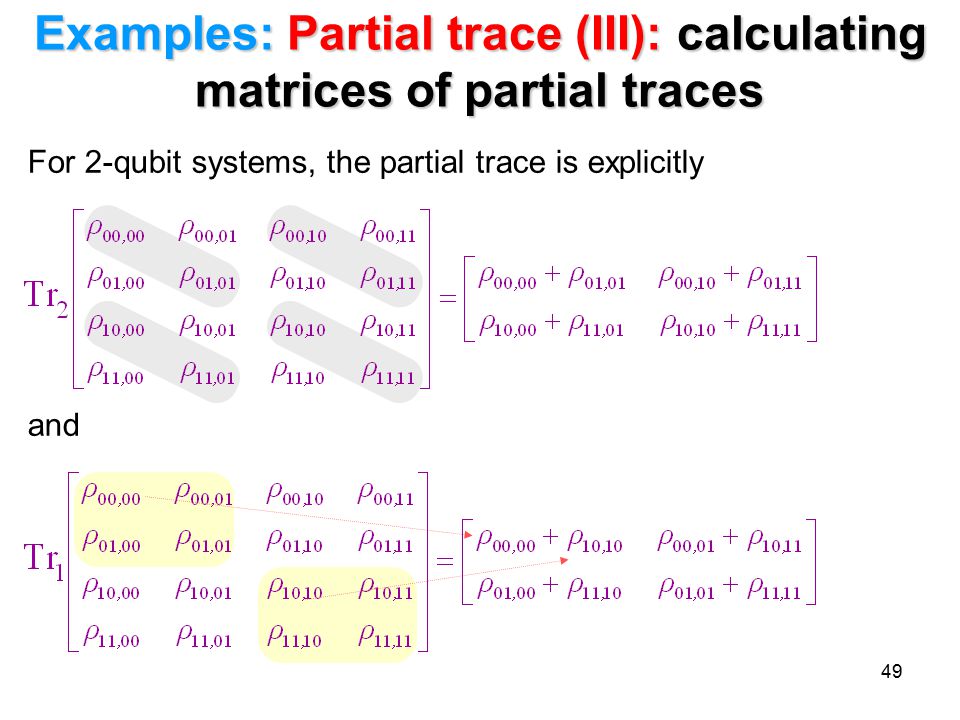 And if I were to tensor multiply them again, I'd get back the previous 4x4 matrix:

Below is a short python code, which works for the above example. However it doesn't work for mixed states, as you can see on the right, in the console. If we were to tensor the two 2x2 density matrices extracted from the 4x4 matrix, we don't end up with the original 4x4 matrix.

My question is that partial trace can only restore pure states without information loss?

For example, if $E_+$ and $E_-$ denote the two two-dimensional matrices you defined, then you can easily verify that taking the partial trace of $$E_+\otimes E_++E_-\otimes E_-$$ gives you something completely different than both $E_+$ and $E_-$.

Not the answer you're looking for? Browse other questions tagged hilbert-space quantum-information density-operator quantum-states trace or ask your own question.

2
In terms of covariance matrices, are partial measurement and partial trace equivalent?
10
What is the Reduced Density Matrix?
1
Extract single qubit state from combined state in QuTiP using a Hamiltonian
0
Does this density matrix represent a density operator of some single qubit state?
1
Question about the true significance of the partial trace
1
Is it possible to create coherence in a two-level system starting from the maximally mixed state?
0
Is Trace cyclic with respect to tensor product?
2
How do I compute the partial trace of $\sqrt{p}|0\rangle_a|0\rangle_b+\sqrt{1-p}|1\rangle_a |1\rangle_b$?