Rigid bar on a pivot

Say we have a solid bar in space. It is on a pivot, the pivot being right at the bar's center of mass

There is a massless rocket pushing on one end of it, making it spin, faster and faster. 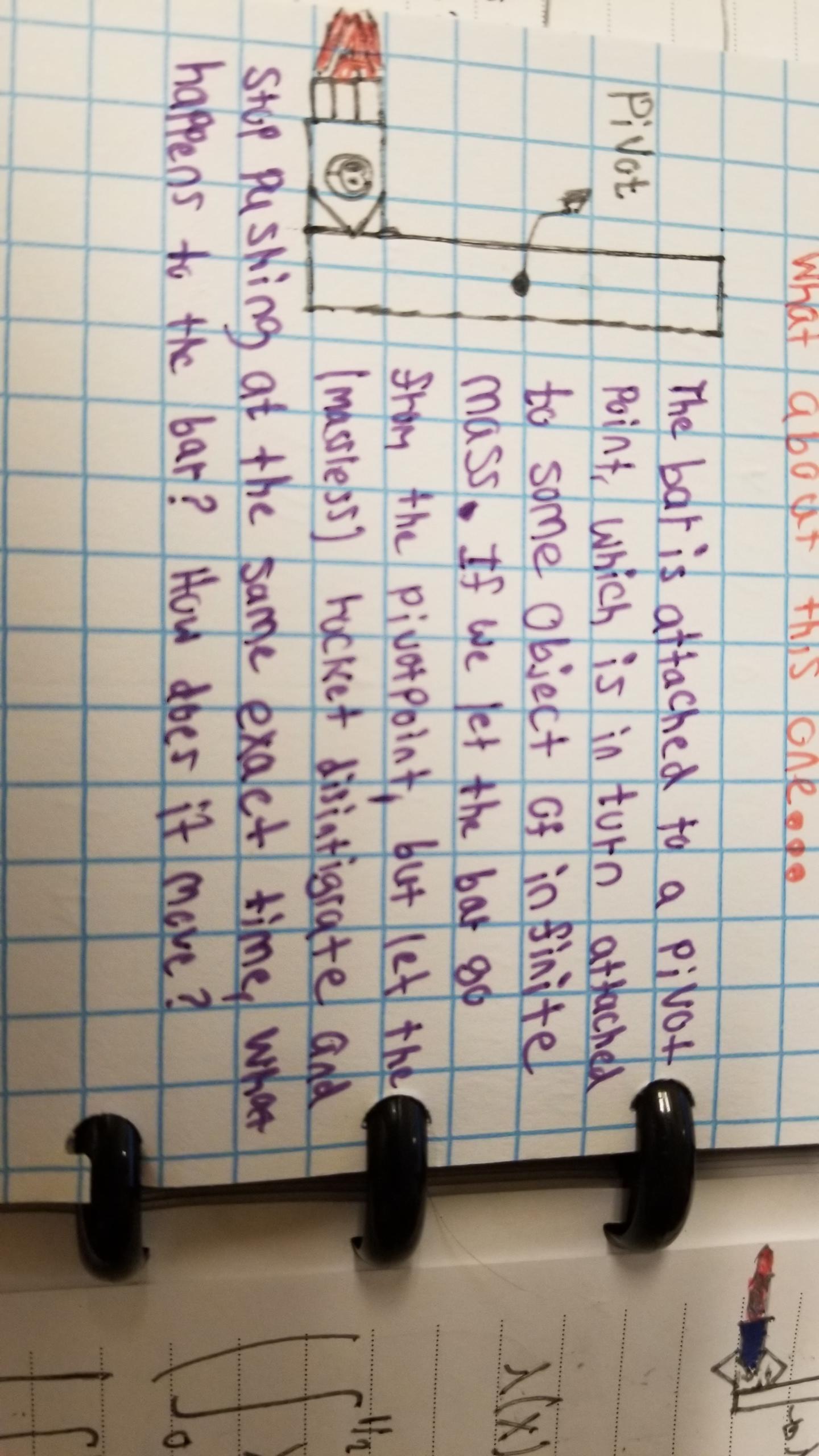 What would happen? Would the mass just spin in place, or would it go off in the last direction the rocket pushed it?

I have a theory for each, but they are contradictory:

1. The mass stays in place spinning around its center of mass:

This makes sense, and if there was a rocket in the top part providing momentum in the opposite direction, I would accept it without further question. 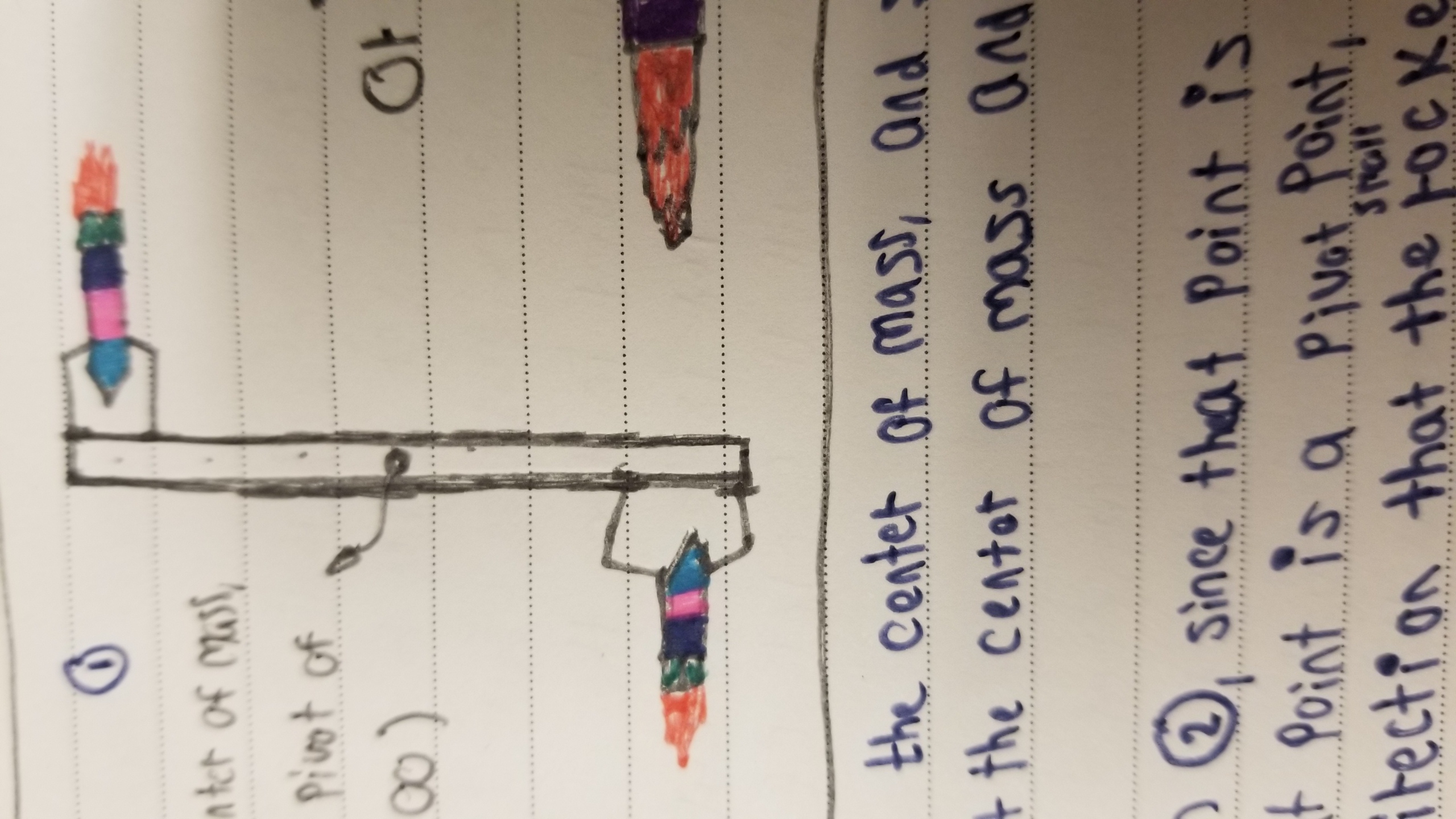 However, the rocket is only on one side of the rod, so that leads me to think...

2. The mass keeps on spinning, but now has translational momentum as well

The reason for this is because the part with the rocket attached got the last "piece of momentum" before the rocket disintegrated, and thus will move the mass forwards...?

Also, I have a sub-questions to add:

1. What if the pivot was further up on the rod and then the same thing happened? Or, equivalently center of mass wise, what if the top part without the rocket was more massive than the bottom part?

The translational motion of rigid bodies can be analyzed by considering their center of mass.

If we start analyzing the system from the moment right after desintegration, let’s call it $t=0$, then we would have a massive bar with no linear momentum, but only angular momentum, as you have said it yourself, and there is no reason for this to change.

Not the answer you're looking for? Browse other questions tagged angular-momentum rotational-dynamics rotational-kinematics rotation thought-experiment or ask your own question.

3
What happens to a rotating rod that breaks in two?
1
Conservation of angular momentum and spin
1
How should I understand rotational kinetic energy?
1
Which force act at pivot and How the maximum value of the normal component of the force at the pivot is 850 N?
6
Why do things spin?
0
How would I go about solving for the magnitude of the force the pivot exerts on the bar?