Forces between wheels and road for a vehicle

Let’s assume we have a front-wheel drive (FWD) car, and we apply a torque (Cf) to the front wheels. At this point, assuming no slip condition, a friction force (Tf) will occur due to friction between the rotating wheel and the road. This force will be from left to right (according to the picture). Now what’s about the rear wheels? They are pushed forward by the car that is now moving thanks to the Tf and they can only begin rolling if the force between them and the road is backward. Is it correct or am I missing something? What happens if I have no torque (when I release the throttle) and when I brake? 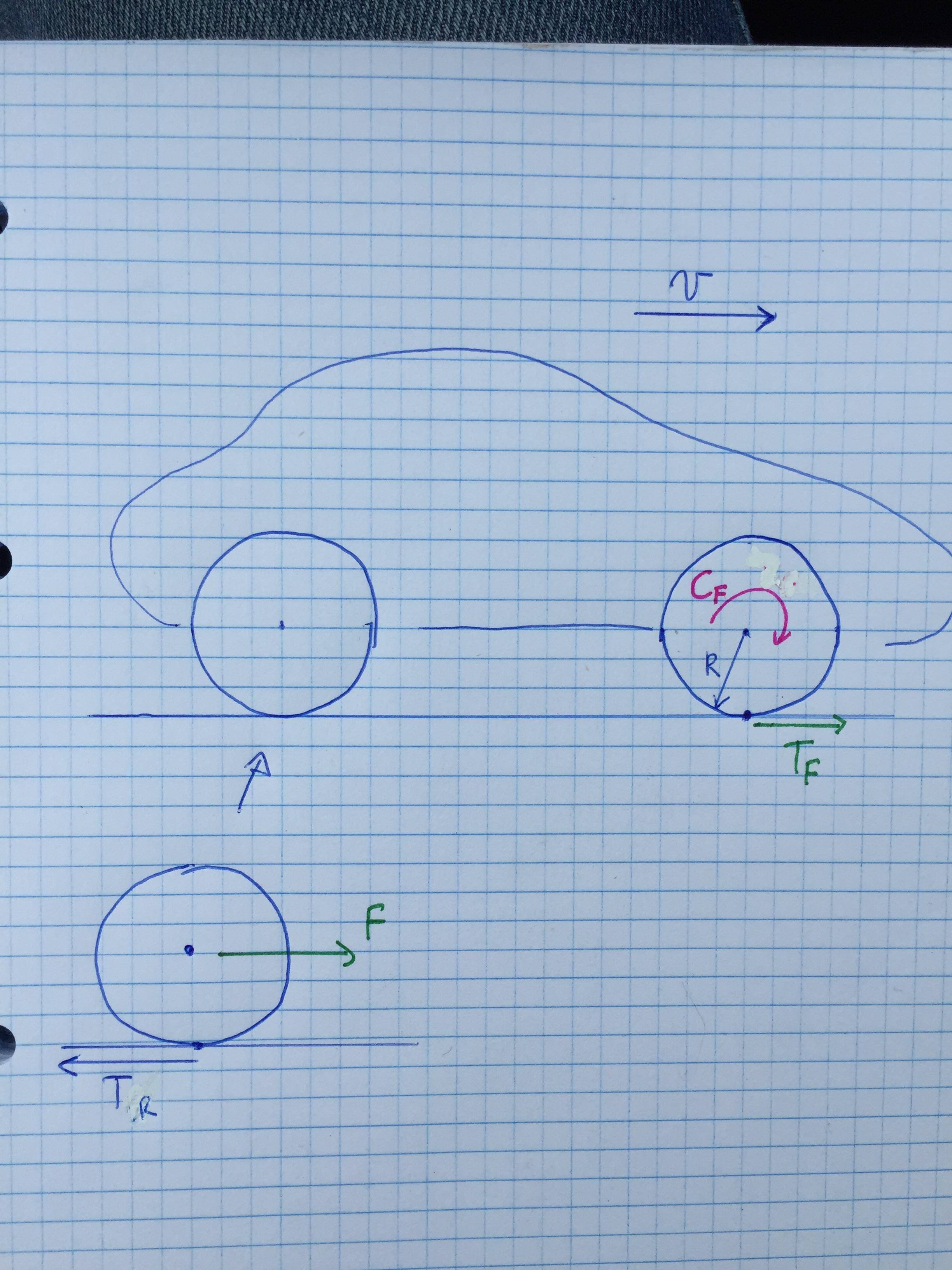 There is a force to the left on the axle of the back wheels $F$ which is accelerating the rear wheels to the right.
The friction force between the tyre and the ground to the left $F_{\rm friction}$ applies a torque about the axle of the wheel to cause it to increase its rotational speed.
The frictional force is try reduce the relative movement between the tyre and the ground at the point of contact or maintain no relative movement.

Not the answer you're looking for? Browse other questions tagged forces velocity or ask your own question.

6
Does a car use friction to move?
1
What is the direction of static friction?
3
What causes a car's velocity to follow the front wheels' direction?
0
Calculating output forces of bicycle wheels
1
Forces on wheels in an accelerating vehicle
2
How can friction be the driving force of a car, while at the same time slowing it down?
4
The physics of a car during drift