A parallele plate capacitor is placed in a dielectric liquid such that one of the plates is inside the liquid and the other is outside. Then the plates are connected to a battery which supplies the upper plate a charge of magnitude $Q$. Find the charge in the lower plate.

My doubt is if the plates were connected to a battery and charged then why is there a different charge in lower plate in magnitude?

Looking at the image of the problem that you posted in another (now closed) question, 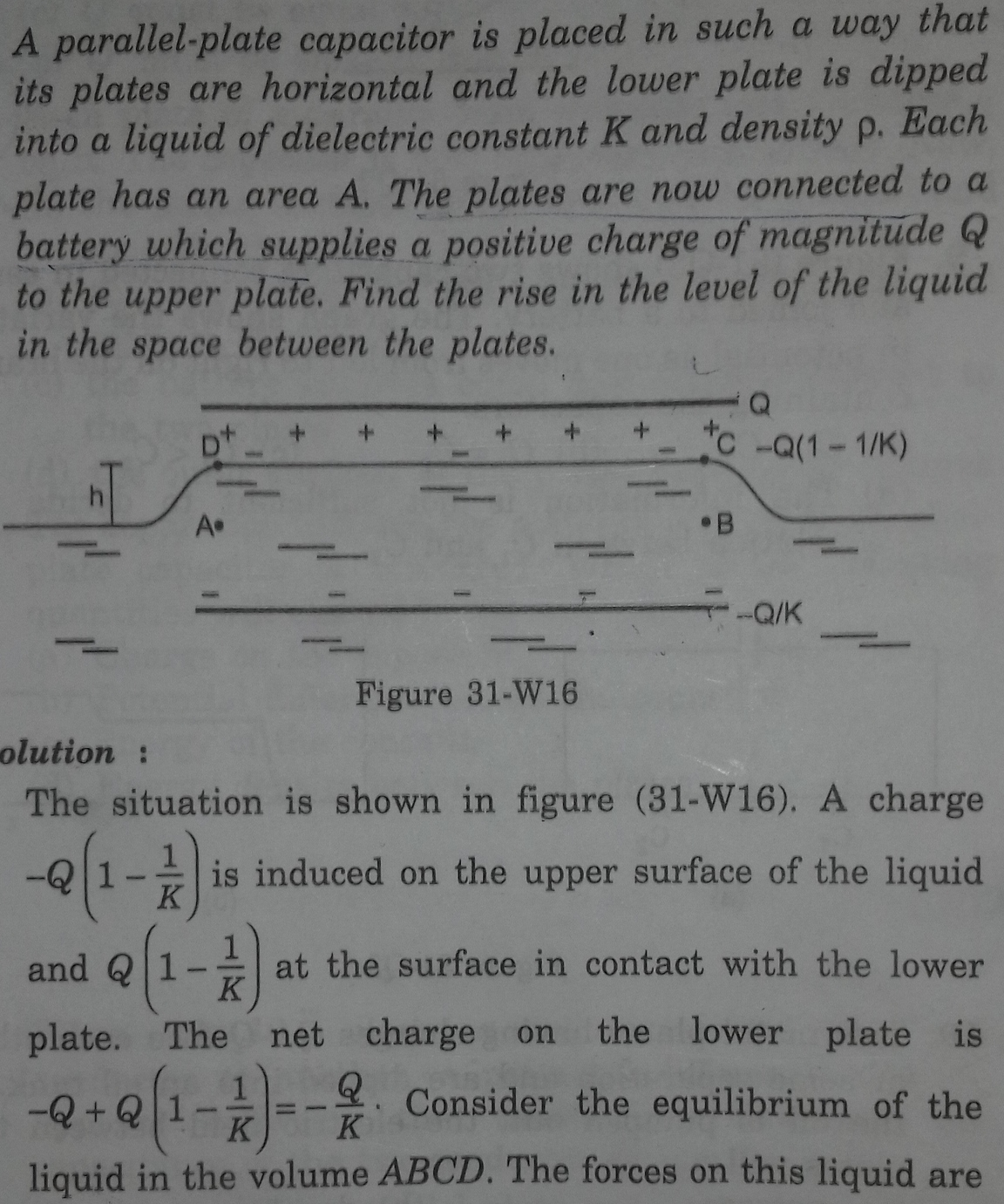 I see that the immersed plate does indeed have charge $-Q$. It seems to me that the author of the problem is saying that the effective charge on the lower plate is reduced due to the induced charge density in the dielectric fluid at the contact surface:

So, as I read this, the battery removed charge $Q$ from the lower plate but this charge is partially 'screened' by the induced charge density at the contact surface.

Charge is conserved. If we interpret the description to mean the battery was connected between the plates, then the battery moved charge from one plate to the other, and there is no other path for charge to follow than between the plates through the battery. So in that case the charges on the plates are of opposite polarity and equal magnitude, and you are correct and the given answer is incorrect.

Next, the text should mention this, but the second plate must be grounded, to the same 'ground' as the negative terminal of your battery for only then would the two act as a capacitor (an ungrounded plate is of little/no significance in a DC circuit)

Being grounded allows the capacitor to 'pull' opposite charges from the ground (actually, it is a rearrangement of charges on the whole). The same is true if it were connected to the opposite terminal on the battery directly (whichever terminal you assume to be at 0 voltage, that one is actually grounded), but in this case you can probably already tell how the charge flows through battery.

I should have answered your question by now, but in extension, If the first plate was connected to the positive terminal of the battery, and the second plate were not grounded, negative charges would accumulate on the side of the second plate facing the battery connection, and positive charges on the other side (in total, charges are same, just a rearrangement)

Not the answer you're looking for? Browse other questions tagged homework-and-exercises capacitance dielectric or ask your own question.