What is the work done by a force acting on a deformable body?

In our mechanical engineering course, we have encountered the subject Mechanics of deformable bodies. I am familiar with the work energy theorem for point masses and rigid bodies. But my concepts are not developed on distributed elastic masses.

The textbook here expects us to take it as said. 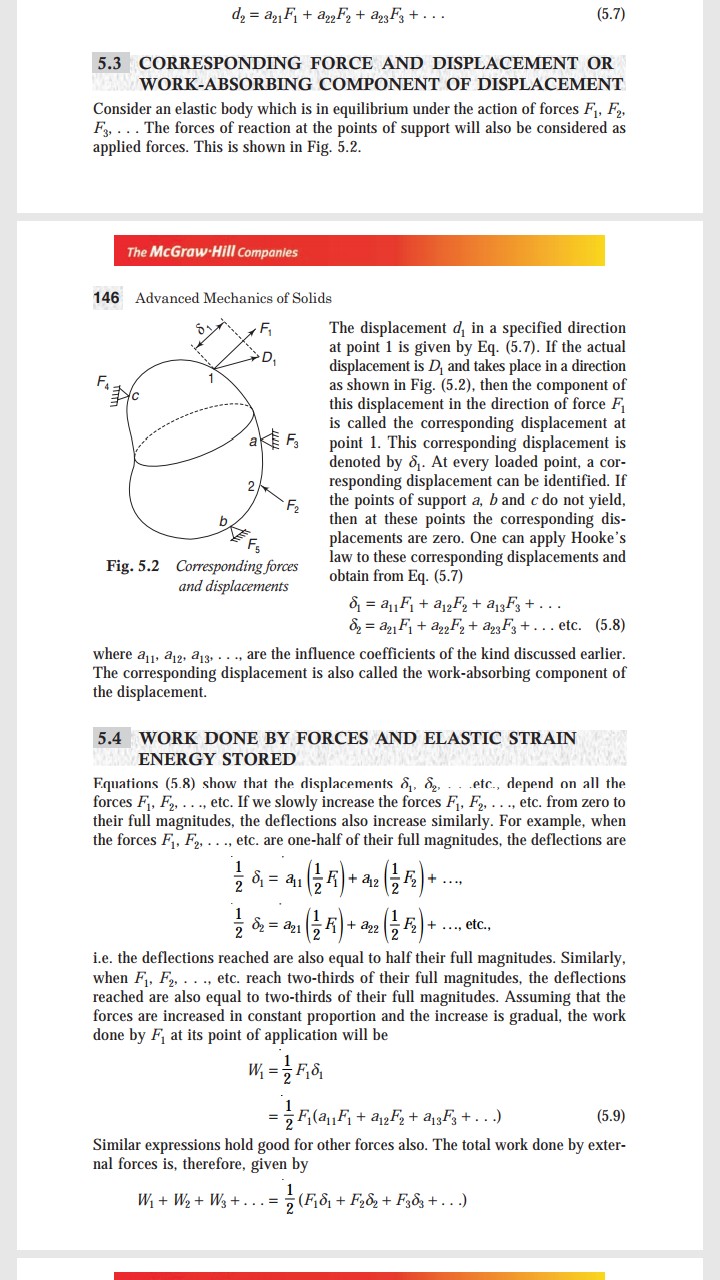 If the forces were constant as the deformations increase from zero to the fully deformed state, then the work done at each force would be

The above is true for elastic deformation, where the ratio of force and displacement is constant.

The text also mentions that we assume the force application is gradual. This simplifies the situation by removing inertia considerations.

Addition below to address your question clarification...

A force is said to do work if, when acting, there is a displacement of the point of application in the direction of the force. Notice that the definition of work doesn't say that the displacement was caused by the force.

The reason the works at each point can be summed up to get the total work done is because each force is ramped from zero to its maximum value during the same time period. This is what is meant in the text about a fraction of each load being applied at the same time. This load application process ensures that each point moves only from zero deflection to its maximum deflection.

Assume instead that $F_1$ is fully applied first and then $F_2$ is applied. In this case, the length of the path traveled by point 2 would likely be greater, and the work done at point 2 would be correspondingly greater.

0
Transmissibility
5
Is Elastic Collision possible if 2 bodies approach each other?
0
How is the work done in different types of collisions?
2
Work-energy theorem and the frictional force
1
Why work done is needed when other physical quantities are available?
1
Work done and point of application
2
How is force transmitted across a body?
3
Problem with the sign of work