Is the direction of average velocity the same as that of average acceleration and that of displacement?

It is apparant from these definitions that average velocity, average acceleration and displacement all have the same direction, but I have got stuck in this:

You are on the right track, but $\Delta\vec{v}$ is not average velocity. It's just the change in velocity:

For your example, find $\Delta\vec{r}$ from a kinematic equation:

Actually one should not think that both $\Delta \vec v$ and $\Delta \vec a$ need to be in the same direction or even co-linear. Think of circular motion: then clearly the average velocity is (for sufficiently short times) nearly tangent to the circle but the average acceleration will be directly basically towards the centre of the circle.

A simple example is provided assuming the Moon is in circular motion about the Earth. Clearly the force $\vec F_{ME}$ will be co-linear with the acceleration but obviously here this acceleration is not in the same direction as the velocity. 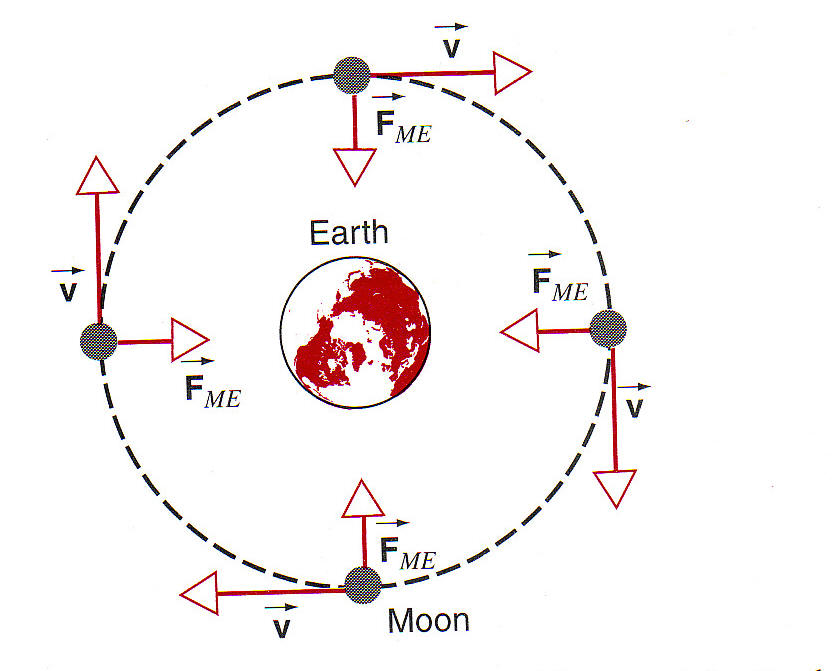 Not the answer you're looking for? Browse other questions tagged classical-mechanics acceleration velocity displacement or ask your own question.