I am currently carrying out an a gamma ray spectroscopy experiment. At this moment in time I am trying to decipher what parts of the gamma spectrum are what, i.e Compton edge, backscatter, photo peaks and trying to really relate the physics to the data, but I am having some issue with that.

Here Is my current graph 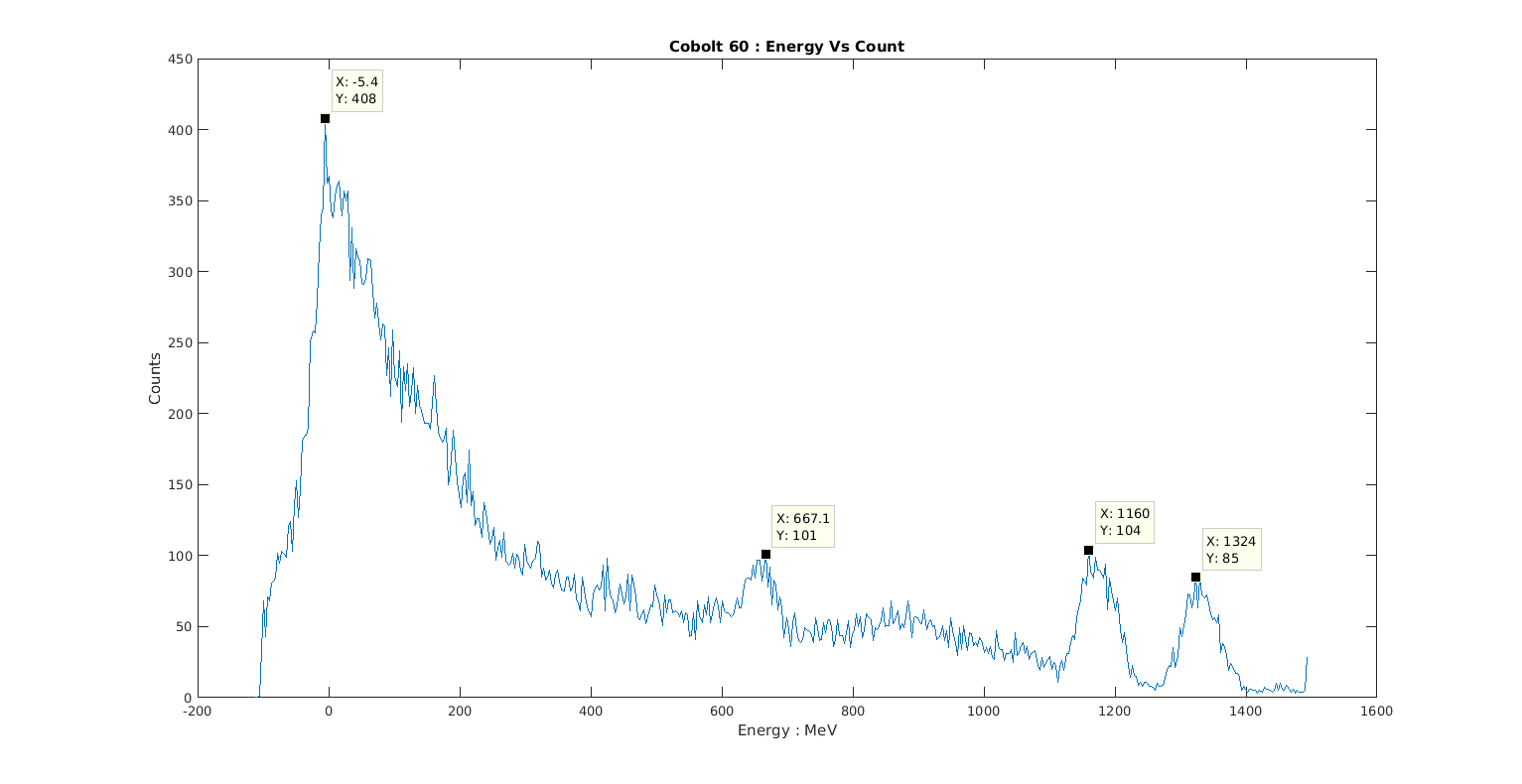 From the graph I can clearly see the two photo peaks which should be expected from the decay of cobalt, but it the other two peak I am not really sure about.

Starting with the largest peak $(-5.4,408)$, in my lab the demonstrators told me that was the Compton edge on the graph, which is what I understand to be that within the scintillator Compton scattering occurs except that the gamma photos escape from the scintillator and we are left with only the energy of the electron.

My question is, is it possible to have a backscatter, of higher energy than the Compton edge, or is there other process coming into play for example like characteristic x-rays, during photoelectric absorption?

For some reason my intuition tell's (which could be wrong) me that you cant get Compton edge at a lower energy than you can a backscatter peak,the reason for this is that Compton scattering is dependent on the angle and that within the detector you more likely going to more energy loss with in the detector than outside of it due to the electron density of the scintillation material.

The big peak is not the Compton edge. It's just an artefact where rising background meets low energy thresholds. Your demonstrator is wrong. (It happens!)

There are two Compton edges, one for each peak. They're hard to see but are around 900 and 1100 on your scale.

Your peak around 650 is too high energy to be annihilation photons (511). I strongly suspect someone else in the lab may be working with a Cesium137 source.

Useful (obvious) fact: the Compton Edge energy and the Backscatter peak energy add to give the total energy. They are both 180 degree scattering, but you get the electron for the first and the photon for the second.

Not the answer you're looking for? Browse other questions tagged experimental-physics spectroscopy gamma-rays or ask your own question.