Why is this device marketed as a "Second Law Apparatus"? 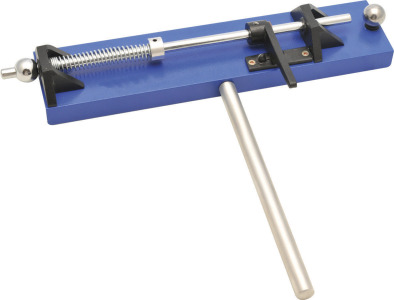 When the latch is released, this device drops one ball vertically and projects another ball horizontally. Students are able to see and hear that both balls hit the floor at the same time.

Why is this device is being marketed as a "Second Law Apparatus"?

(Neither Pasco nor Vernier offer such a device; each instead has a sensor-based lab for the Second Law.)

IMHO it's a great device to start a 2-D kinematics unit, to demonstrate the independence of horizontal and vertical motion. But I fail to find any good reason why it demonstrates the 2nd Law:

Can someone give me a convincing argument that this is a good way to demonstrate the 2nd Law?

In the Principia, Newton credits Galileo with a similar experiment:

By the first two Laws and the first two Corollaries, Galileo discovered that the descent of bodies observed the duplicate ratio of the time, and that the motion of projectiles was in the curve of a parabola; experience agreeing with both, unless so far as these motions are a little retarded by the resistance of the air.

Newton then explains the results of Galileo's experiment using the first two laws (2). It's plausible that Newton's explanation of this experiment led to the name of the device. 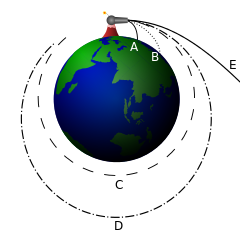 If a leaden ball, projected from the top of a mountain by the force of gunpowder with a given velocity, and in a direction parallel to the horizon, is carried in a curve line to the distance of two miles before it falls to the ground; the same, if the resistance of the air were taken away, with a double or decuple velocity, would fly twice or ten times as far. And by increasing the velocity, we may at pleasure increase the distance to which it might be projected, and diminish the curvature of the line, which it might describe, till at last it should fall at the distance of 10, 30, or 90 degrees, or even might go quite round the whole earth before it falls; or lastly, so that it might never fall to the earth, but go forward into the celestial spaces, and proceed in its motion in infinitum.

So should we call this device a "Second Law Apparatus"? Newton did indeed use such an experiment to defend the 2nd Law. But it was Galileo's experiment, so maybe we ought to name it after him. I still stand by the claims I posed in the question; notably, that it's a great device to introduce 2-D kinematics, but it's not a best teaching practice to convince students of the 2nd Law.

(1) The Principia was originally written in Latin. The citations I provide here are from an 1846 translation into English.

(2) Interestingly, this is followed by Newton's description and explanation of colliding pendulum experiments, which Newton credits to Christopher Huygens and others. We now (incorrectly) call such a device "Newton's Cradle". 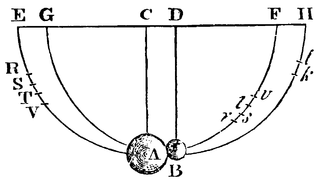 Not the answer you're looking for? Browse other questions tagged newtonian-mechanics kinematics education or ask your own question.

1
Rotational Kinematics - Newton Second Law
2
Why doesn't an initial velocity affect the final velocity?
0
Kinematics of an object placed on a treadmill