Conservation of energy in objects at terminal velocities

In vacuum, object free falling under gravity, the sum of Gravitational Potential Energy(GPE) and Kinetic Energy (KE) is a constant. The GPE is a decreasing side of a quadratic and KE is a increasing one , thus making it's sum a constant straight line.

Now, in real world, accounting for air drag, the object attains terminal velocity, and falls down at a uniform rate. So GPE goes down linearly (instead of a quadratic) and KE stays constant since velocity is constant. So the total energy of the system appears as though it is reducing continuously. Since that is not true, as energy is lost in viscous drag.

My question is, can someone explain me in detail how the energy is being redistributed. Also, the energy being lost here is not a constant term but actually a linearly increasing function with respect to time. 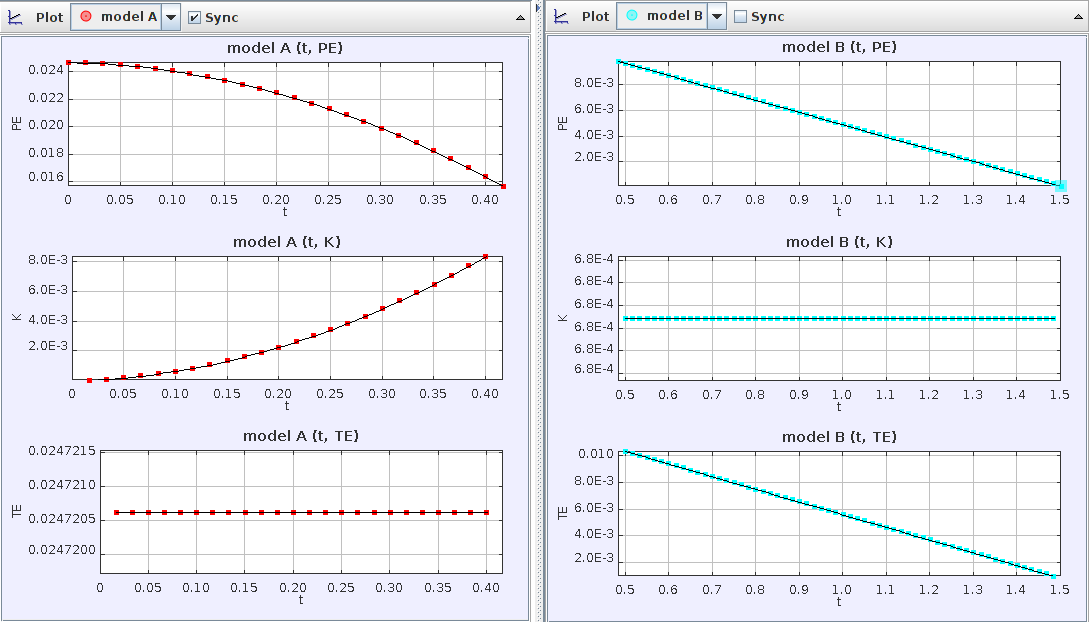 In the image above. The left side shows the plot of an object in freefall accelerating under gravity. The 3 plots being GPE, KE, TE versus Time.

The right side shows the plot of an object in terminal velocity state.

Trying to be more specific, it is very clear, energy is lost due to viscous drag which is a function of velocity. Now since the object is in terminal velocity state, the drag has a constant value. But for the total energy to remain constant, the energy dissipated must increase with time. So how is a constant drag value causing energy to be dissipated in a linearly increasing fashion?

All the lost energy eventually winds up as heat, either in the falling object or in the atmosphere.

One mechanism that does this is viscous drag, which acts as friction and heats up both the object and the air flowing just past it. The falling body also transfers energy to the atmosphere by stirring it up and setting up air flow patterns that would otherwise be absent. These drain kinetic energy from the body, essentially, by having a lower air pressure above it than below, which exerts an upward force and slows it down. This energy is then transferred to the air flow, and viscous effects then move it into currents over smaller and smaller length scales until it is indistinguishable from thermal motion.

Energy is lost to drag, as you observed, and converted into heat, warming the surrounding air molecules (and the object itself, more than likely) as the object passes by. It's why the space shuttle needs a heat shield to enter the atmosphere.

The drag force for high Reynolds numbers (high velocities) is $F=\frac{1}{2}\rho C_x S v^2$, so when the drag force balances gravity, you reach a terminal velocity and the drag force as a constant value (which equals $mg$).

Now if you want to determine how the total energy should decrease, write down the power of the non conservative forces. Here is only the drag force. So :

The total energy is then decreasing linearly as you observed. The formula for the drag force for high Reynolds number (found by Lord Rayleigh) comes physically from the pressure exerted at the stagnation point, which is $\frac{1}{2} \rho v^2$. But this assumes the pressure on the downside of the object to be the atmospheric pressure. This is a consequence of turbulence. This turbulence gives rise to vortices that take away some kinetic energy too. Those vortices are ordered regularly in what is called Karman vortex streets. So physically, the gravitational energy of the object is mainly lost in turbulence, that is to say kinetic energy of vortices, and of course some viscous forces (that gives an equilibrium size to vortices), which leads to thermal losses and diffusion of the localized energy.

Not the answer you're looking for? Browse other questions tagged newtonian-mechanics classical-mechanics fluid-dynamics energy-conservation friction or ask your own question.

7
Drag on a spinning ball in fluid
0
Can the phrase “Terminal Velocity” be used to describe non-gravity situations?
0
Gravitational Potential Energy to Kinetic Energy Confusion
8
Newtonian mechanics - where does the energy come from?