I found an explanation of time dilation using a light-pulse clock in the book 'Concepts of modern physics' by Arthur Beiser: 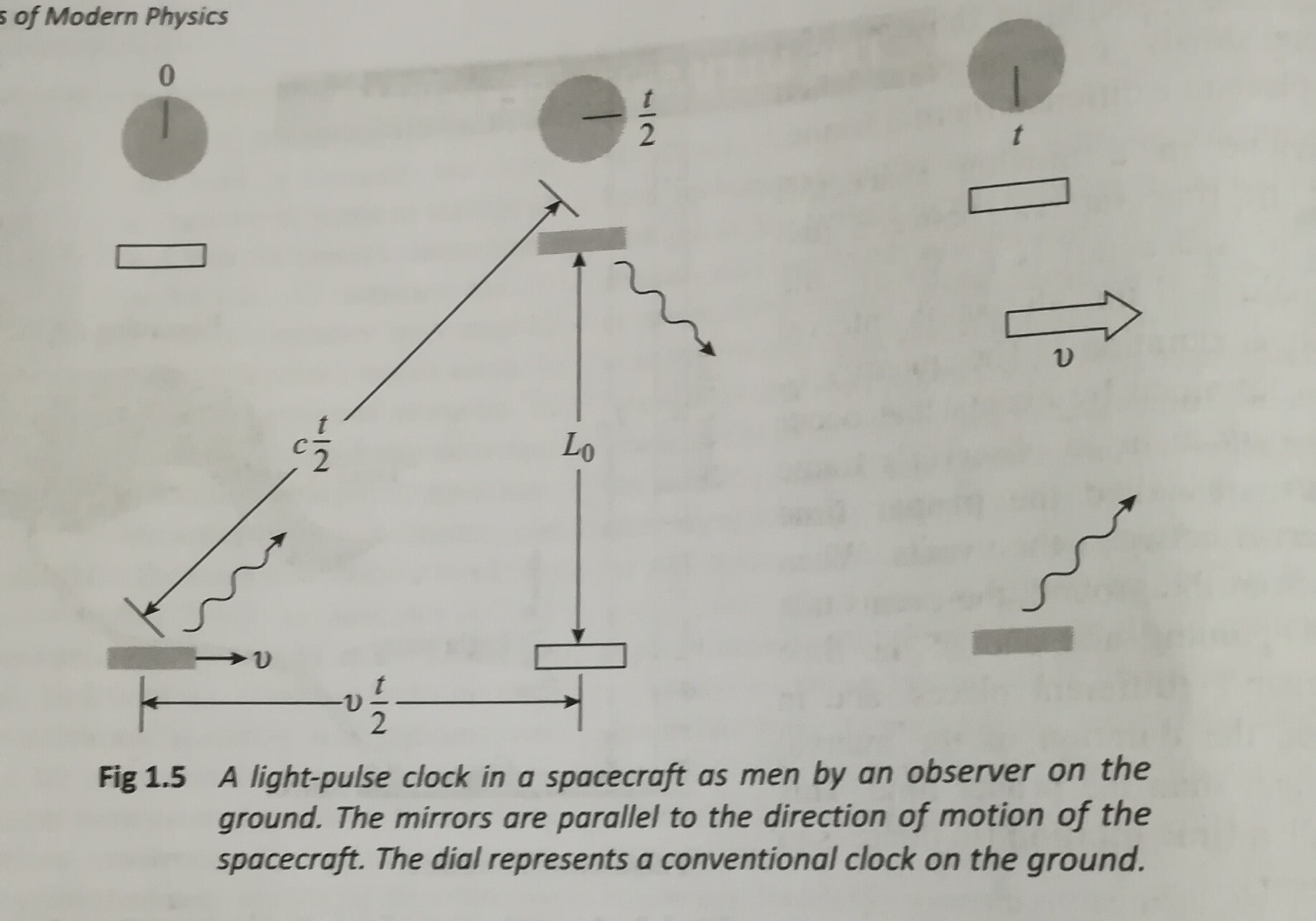 Michelson - Morley interferometer was a "composition" of two light clocks that had transverse and longitudinal arms.

Every arm of Michelson interferometer can be seen as a light clock having a specific rate, whose relative orientation dependendces can be tested. Therefore, such experiments are sometimes called "clock anisotropy experiments" since they compare two internal frequencies or clocks.

This experiment has shown within tight limits that in an inertial frame the two-way speed of light is isotropic and independent of the closed path considered orientation of the apparatus, so, light propagation times in all directions are the same.

In the moving frame this result can be explained by Lorentz - FitzGerald contraction of the interferometer in direction of motion.

16
Time dilation clock experiment: what would happen if the clock were flipped 90 degrees?
10
Does special relativity imply that time dilation is affected by an orientation of clocks?