a difference in energy between two energy levels $2s_{1/2}$ and $2p_{1/2}$ (in term symbol notation) of the hydrogen atom which was not predicted by the Dirac equation, according to which these states should have the same energy.

The degeneracy the states $2s_{1/2}$ and $2p_{1/2}$ are lifted due to Lamb shift. The degeneracy is lifted in such a way that the new energy of the state $2s_{1/2}$ is greater than and that of $2p_{1/2}$ is less than the original degenerate energy. See Bransden and Joachain's Physics of Atoms and Molecules in page 264. However, the discussion here says that Lamb shift affects only $S$ state. If that were true, then the energy of the state $2p_{1/2}$ would not change and coincide with the old degenerate level. That doesn't happen as is clear from the figure.

However, the discussion here says that Lamb shift affects only S state.

The statement that Lamb shift affects only $s$ states is only approximately correct i.e., true in first order radiative corrections in QED. Second order radiative corrections (self-energy, vacuum polarization and vertex correction) reveal that the states with $\ell\neq 0$ also undergo level shifts. But the shifts are much smaller for $\ell\neq0$ states. It must also be pointed out that for a state with same $l$ but different $n,j$ values are in general different. For example, $2p_{1/2}$ undergo a downward shift while $2p_{3/2}$ an upward shift. The states $1s_{1/2}$ and $2s_{1/2}$ (having same $l,j$ but different $n$) both undergo upward shifts but by different amounts. For further details, look at Quantum Field Theory authored by Mandl and Shaw.

QED calculations predict that the $2s_{1/2}$ level lies $1057.9$ MHz (in frequency units) above the $2p_{1/2}$ level of which negative contribution of $-27.13$ MHz comes from the vacuum polarization diagram. This is called the Uehling effect. The compensating positive contributions come from other radiative corrections. For further details about the history of Lamb shift and calculation refer to Weinberg's QFT Volume I.

Assuming that you're referring to this figure 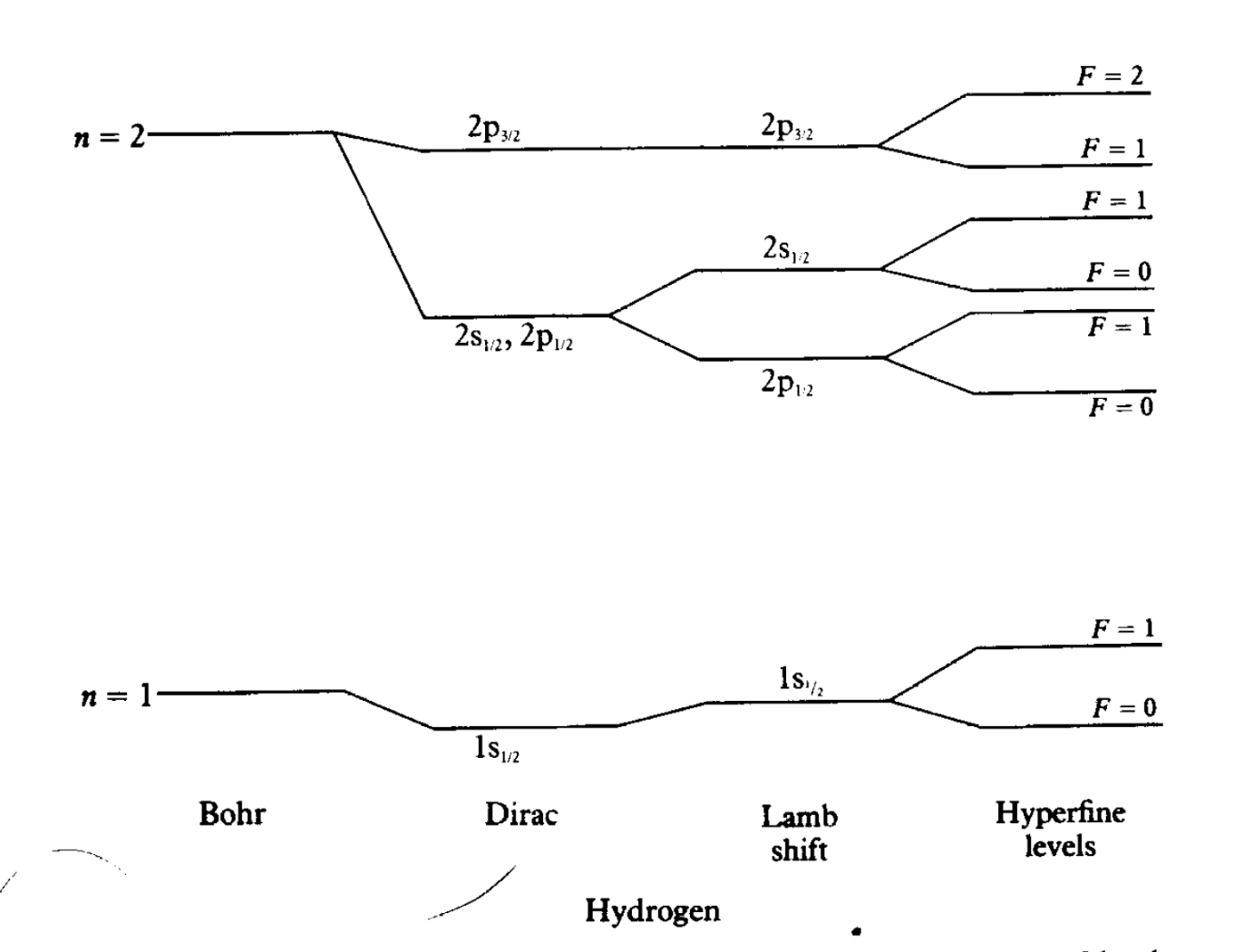 The degeneracy is lifted in such a way that the new energy of the state $2S_{1/2}$ is greater than and that of $2P_{1/2}$ is less than the original degenerate energy,

the figure is only schematic and grossly not-to-scale.

A better mental picture is provided in the Wikipedia page for atomic fine structure: 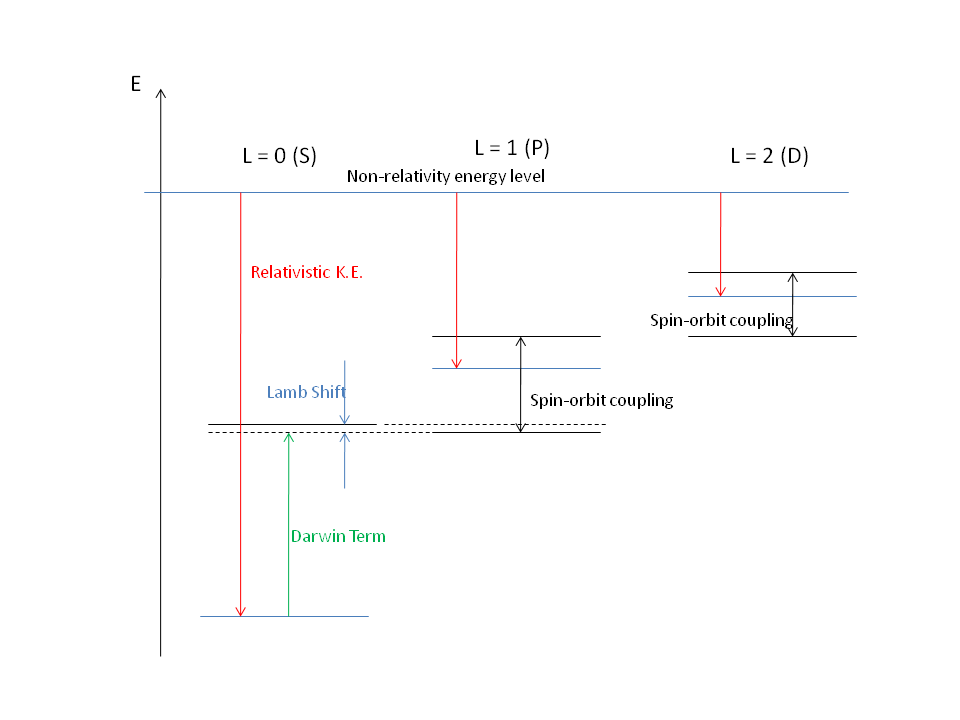 To leading order, the Lamb shift pushes the $2s_{1/2}$ energy up and does not affect the $2p_{1/2}$ energy. As pointed out in the existing answers, this isn't quite the full story, as Bransden and Joachain point out in an earlier figure,

but the downward Lamb shift in the $2p_{1/2}$ energy is on the order of 1% of the upward shift of the $2s_{1/2}$ level, because it belongs at a different level of approximation of the theory. This is why the previous thread states that only the $2s_{1/2}$ level is affected.

If that were true, then the energy of the state $2p_{1/2}$ would not change and coincide with the old degenerate level. That doesn't happen as is clear from the figure.

comes from the fact that you're mixing-and-matching from different levels of approximation.

Expanding on the nice answer by @SRS, the rule that only s-states have non vanishing probability at the origin only applies to solutions to the Schrodinger equation. Solutions to the Dirac equation for the $2p \frac12$ state have a large component that behaves like an l=1 (p) state, but the small component behaves like an l=0 (s) state. The electron probability is the sum of the squares of the large and small components, so the probability (although small) does not completely vanish at the origin. Hence relativistic effects render the "Lamb shift only affects s-states" rule less than an exact statement.

Not the answer you're looking for? Browse other questions tagged atomic-physics quantum-electrodynamics lamb-shift or ask your own question.

2
Hydrogen in an electromagnetic field bound states for full quantum electrodynamics
1
Degeneracy of states when Spin-Orbit coupling is taken into account
3
Why does the Lamb shift only affect s-states?
1
What is the difference between Lamb shift and the Darwin term?
1
Second-order perturbation and photon creation
2
Zeeman effect - accidental degeneracy for high fields?
0
Do QED effects make a huge change to the position of the electrons?