I have imagined the Earth as a perfect sphere with uniform mass density and I put an object somewhere between the equator and the north pole at rest with respect to earth. And also in my imaginary world, there is no air resistance.

When I draw the free body diagram of the object including the pseudo force, I cannot see how these three forces will cancel.

Would we need force of friction in order to be able to stand still in my imaginary world? 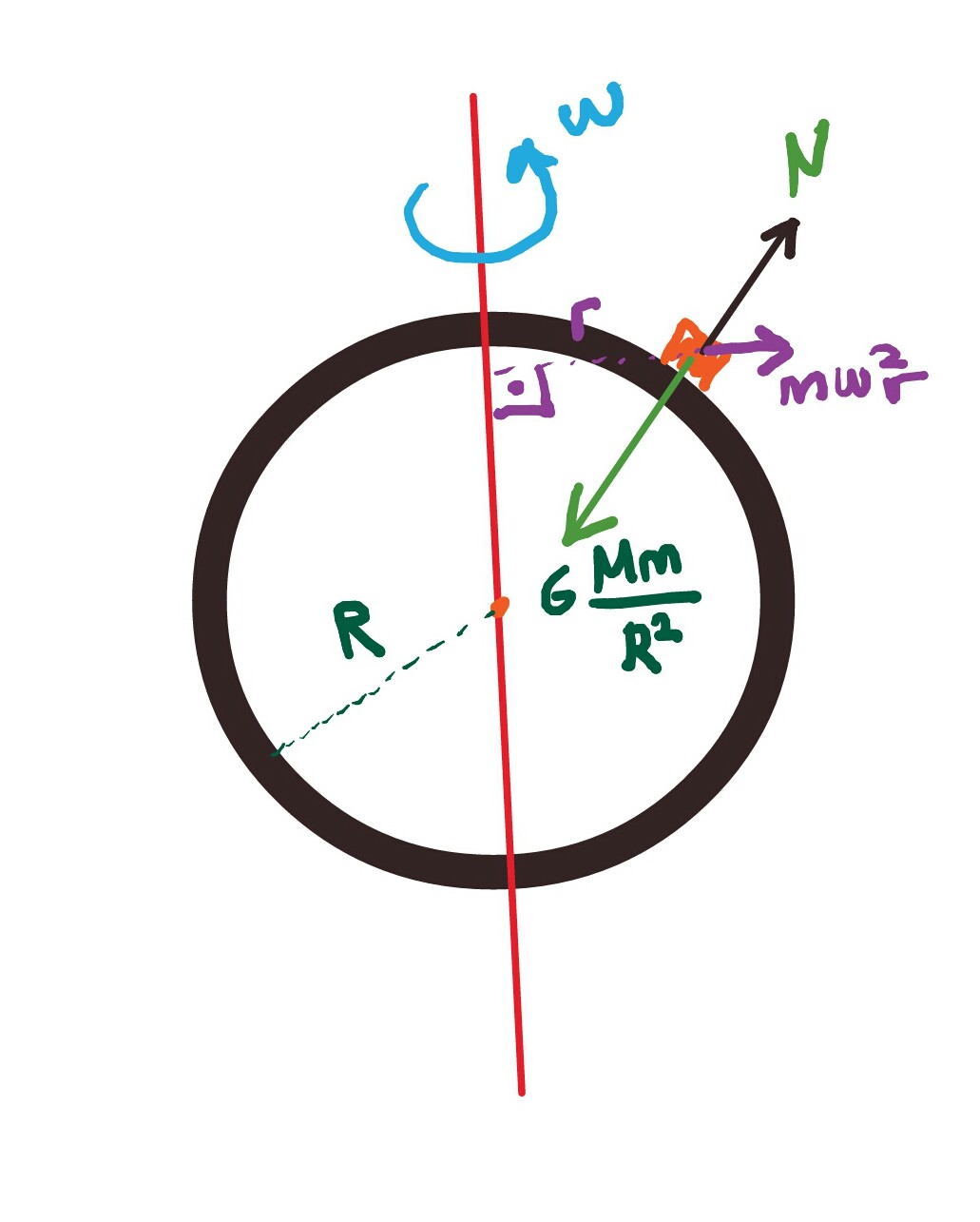 After @Fiatlux's answer, I've realized that I may even have discovered for myself the fundamental reason behind Earth's real shape accidentally.

I have another thing that's bugging me now. Let say we create a perfect frictionless horizontal plane and we put an object there. Is there a chance it might start moving depending on where we conduct the experiment or the Earth's shape and density distribution forbid this to happen anywhere on Earth?

Indeed, you need friction. Otherwise this object will slide to equator just as you expect.

In fact, all the objects will slide there to form equatorial bulge and eventually the sphere will be turned into new shape with surface orthogonal to $\vec{g}+\omega^2 \vec{r}$ at each point. That is exactly what happens to planets in reality while they are still liquid.

Not the answer you're looking for? Browse other questions tagged newtonian-mechanics newtonian-gravity free-body-diagram equilibrium centrifugal-force or ask your own question.

66
Why is the Earth so fat?
5
Does Earth's Rotation Affect Its Shape?
7
Why don't we consider centrifugal force on a mass placed on earth?
9
rotational oblateness

66
Why is the Earth so fat?
1
The shape of the earth$\ldots$
12
Rivers that flow “uphill” due to Earth's rotation
0
Intuition $\neq$ Diagram: Weight on North Pole vs Equator
1
Collision between two non-deformable objects
2
Why does the direction of a Foucault pendulum change if its axis is not parallel to the rotation axis of the Earth?
0
Acceleration of free fall at different parts of Earth
0
Confused about the origin of the Coriolis effect when moving along the equator