How would the rotational and orbital mechanics differ on a torus-shaped planet as compared to a spherical planet?

I am making the attempt to develop some computational models of Star systems and I was wondering how the a torus shaped planet would compare to a traditional spherical planet in the context of rotational and orbital motion.

To make a ring-shaped planet it needs to rotate very fast to counteract the gravitation trying to crush it into a sphere. There is a fairly big literature on such rings, with Dyson's papers(1893) as the locus classicus. See the introduction of this paper for more references. I did some (admittedly crude) simulations of a torus planet myself back in 2014.

The main issues affecting the question is (1) The effective surface gravity varies along the surface (the surface remains at the same potential): it is higher along the "poles" and lowest along the "equators" on the inside and outside. (2) The torus is fairly elliptical. (3) there is a high rotation rare, and this will produce Coriolis acceleration.

Near the surface and for short distances projectile motion will look fairly terrestrial. Thrown things follow parabolas. As the trajectories get longer the above effects will matter. The Coriolis acceleration $\mathbf{a}=2\mathbf{v}\times\mathbf{\Omega}$ will tend to tilt and twist the trajectory. Along the poles $\mathbf{\Omega}$ and gravity as aligned, and the trajectory will be tilted and twisted. Closer to the equators the twisting gets more asymmetric. 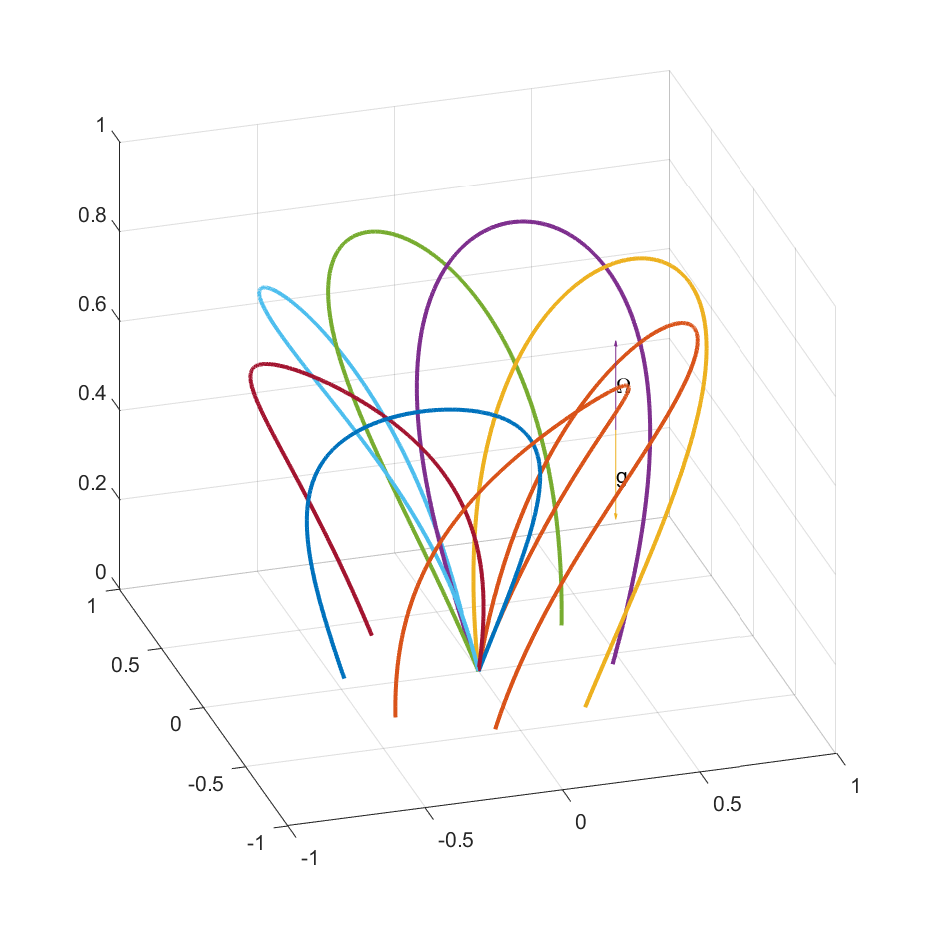 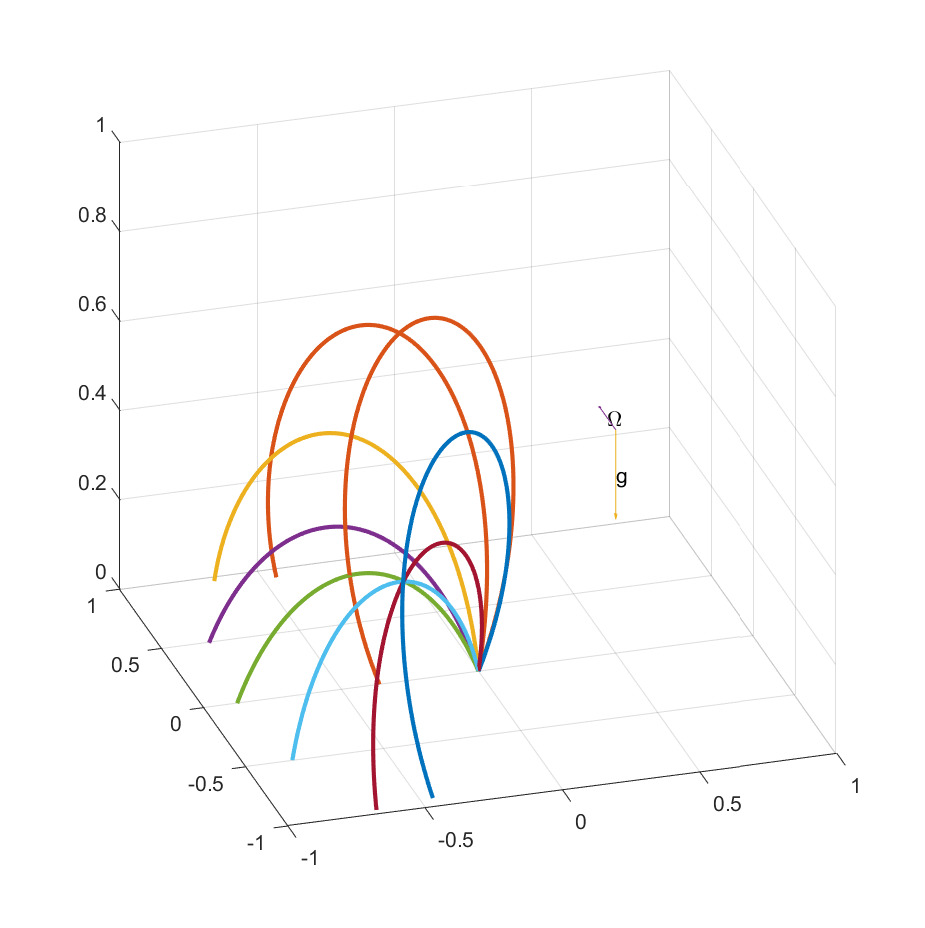 For even longer trajectories the other factors will further twist the trajectory, plus the ground is no longer flat. There will be different gravitational acceleration in different points, and so on. In this range the trajectories are fairly hard to describe.

For higher trajectories we get counterparts to satellite orbits. Obviously there are equatorial orbits. The flattened mass distribution induces precession of elliptic orbits. This gets more extreme for tilted orbits. There are also orbits through the hole, and orbits that bob back and forth through the hole in chaotic ways. See the plots in this post or below. 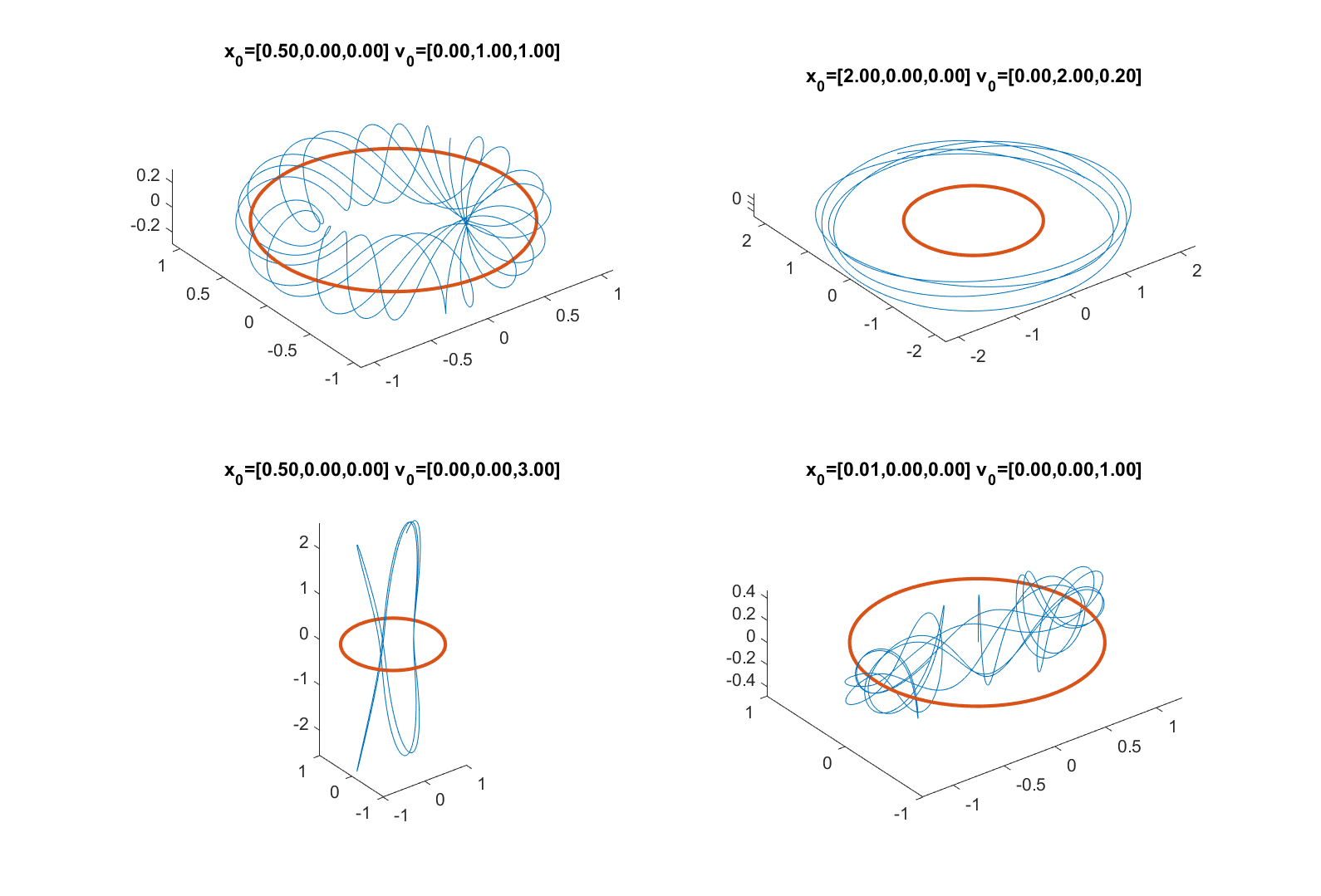 The key thing to note is that gravity is always attractive but a ring produces a field that attracts towards the ring so the centre point is an unstable fixed point: mass is attracted towards the equatorial plane, but pulled outward towards the ring.

Not the answer you're looking for? Browse other questions tagged newtonian-gravity orbital-motion planets or ask your own question.

1
Gravitation in a Toroidal Planet

21
Gravity on a doughnut-shaped/Möbius planet
1
What is the relationship between mass, speed and distance of a planet orbiting the sun?
10
What if the Moon was 100x more massive: Binary planets?
2
Help understanding centre of mass
2
What kind of orbit would be needed to map the surface of a nonrotating planet?
3
Hypothetical binary planet of different size and mass, would they tend to have the same size and mass?
33
Is there a maximum distance from a planet that a moon can orbit?
3
How Can I Calculate the Speed Required for an Orbiting Planet to Pass Through a Given Point in Space?
1
How to calculate the sphere of influence of a planet?