I am filling out a lab report for my optics course, and it asks, "What is the laser beam corresponding to the dashed line of the cubic beamsplitter of the figure below due to?" I have scavenged the internet, the textbook, PhysicsSE, and the lab report and still no dice. Anyone know about beamsplitters? My original thought was that it was due to the light refracting through the glass, reflecting from the mirror, and then total internally reflecting from the glass, and then back through the mirror (transmitted), but this doesn't make sense, because it is not past the critical angle. 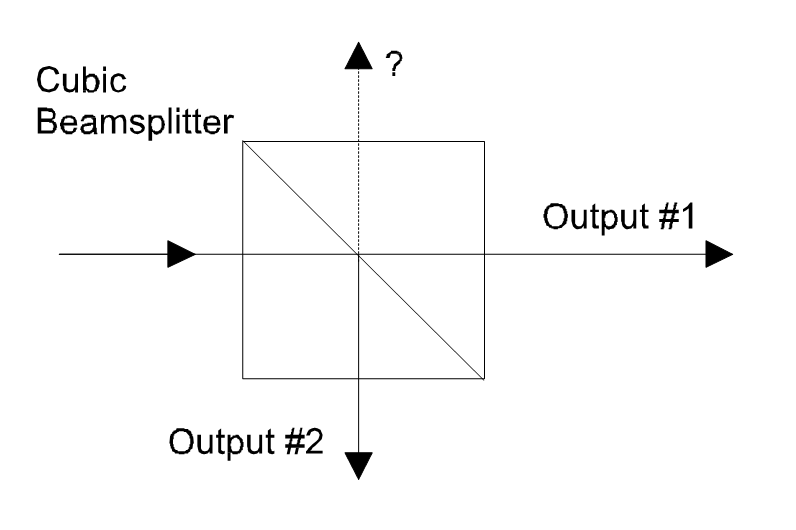 What is the type of your beamsplitter? A polarizing beam splitter or simple 50-50? In the Lab, there are some small reflections from surfaces which do not have AR(anti-reflect) coating. 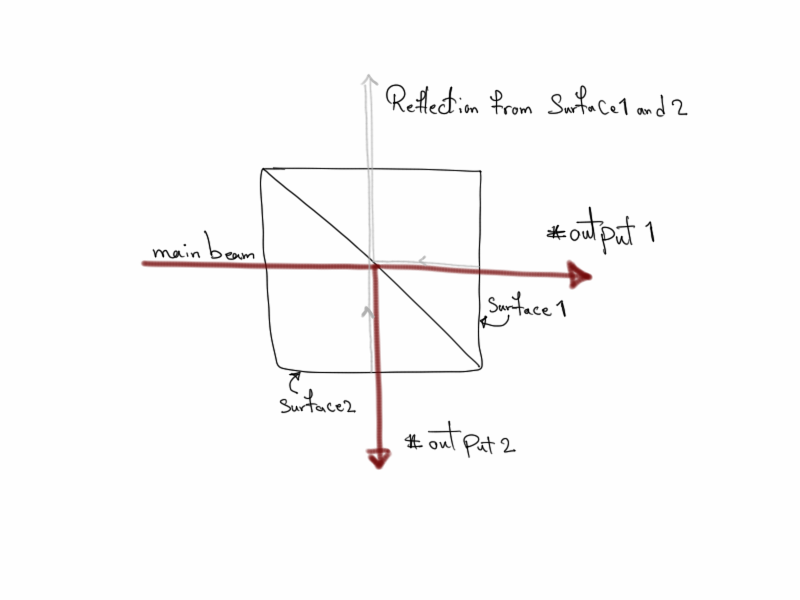 And for a laser, these weak reflections are considerable.

from google: " Many beam splitters have the form of a cube, where the beam separation occurs at an interface within the cube (Figure 2). Such a cube is often made of two triangular glass prisms which are glued together with some transparent resin or cement. The thickness of that layer can be used to adjust the power splitting ratio for a given wavelength. "

The layer is similar to thin film which acts to reflect light based on thickness. The layer will or will not accept the wave function of the light or you can use the classical explanation and say it based on "interference".

Edit: My guess is the dashed line refers to light reflected at the glass air boundary, i.e. before it leaves the cube. All boundaries have reflection, ex glass is about 4% unless there is a special AR (anti-reflection) coating. Actually total glass reflection is ~7% as light is reflected at the first and second boundaries.

Not the answer you're looking for? Browse other questions tagged homework-and-exercises optics geometric-optics or ask your own question.

9
Educational applications of a small Michelson interferometer?
10
The physics behind Google Glass' “prism”
2
A beam of light, traveling around a planet
2
Michelson interferometer beam splitter phase shift
0
Laser beam deflection calculations
0
Laser interferometry for relative movements between two mirrors
1
What are the affects of a beamsplitter on the beam itself (if any)?