What is the difference between natural, fundamental, resonant, and forced frequencies?

I'm just overall slightly confused on their exact definitions, as they get thrown around a lot.

Starting with a simple point mass and ideal spring system with no air resistance.
If the mass is displaced from its equilibrium position and released the mass will oscillate at its natural frequency of oscillation - frequency of free oscillations without damping.
There is a complication if the system is damped ie the system loses energy with time eg due to fluid friction.
After the system is displaced it will again oscillate but at a lower frequency as compared with the undamped case - frequency of free oscillations with damping.
The difference between the two frequencies is small if the amount of damping is small.
You can investigate the variation of frequency with damping using this simulation but note that this simulation only seems to work with Internet Explorer and by allowing Java to run the simulation.

You can think of a vibration string fixed at both ends as many masses linked by many springs.
That being the case the string has many natural frequencies of free vibration.
Plucking the string in the middle and waiting results in the string oscillating at a natural frequency which is lower than all the rest and this is called the fundamental.
Touch the string lightly at its centre and pluck the string midway between the centre and an end and the string will undergo free oscillations but at a higher frequency.

The reason for mentioning this is that for electrical circuits when resonance is considered for, say, an LCR series circuit it is often current (voltage across resistor) resonance which is considered and that corresponds to velocity resonance in the mechanical case with the resonance frequency not dependent on the amount of damping (resistance) in the circuit.

Because of this difference you might notice that that the shape of resonance / forced oscillation graphs for mechanical systems are different from those for electrical systems except when the damping is very light. 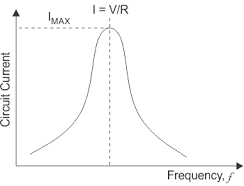 natural, fundamental, and resonant frequencies refer to the same thing. Forced frequency is, at least from the standpoint of dynamical systems control theory, whatever the driving frequency is that happens to be applied to the system. This may be defined differently in different fields.

Not the answer you're looking for? Browse other questions tagged acoustics frequency resonance or ask your own question.

2
How would natural (resonant) frequencies affect amplitudes?
1
An analogy for resonance?
2
Natural Frequency of an object and the phenomenon of resonance!
1
Harmonics and the frequencies
1
Are resonance and resonant frequency the same?
1
Natural and Resonance frequencies of a damped oscillator
1
How is the relationship between the end correction and the pipe diameter related to acoustic impedance?
0
What is the meaning of a non-resonant neutrino production?