Are galaxies really structured the way they look in pictures? 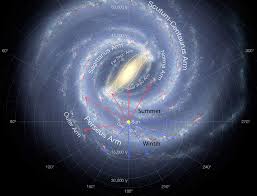 Are real galaxies really structured the way they are in pictures online? I'm wondering this because if the speed limit of the universe is light speed, which means stuff we see on the sky or detected are delayed. Therefore, shouldn't galaxies look extremely distorted and not structured like what we see? Or some clever tricks are taken to make it look correct?

Although a galaxy may recede from us at arbitrarily high velocities (even superluminally) because space expands, their rotation and motion through space happen at non-relativistic speeds, of the order of a few 100 km/s, or a few 1000 km/s at most. Hence, every part of a galaxy moves with roughly the same speed with respect to the observer, and are thus not distorted.

However, there is another effect that may distort the image of a galaxy, namely gravitational lensing: If you observe a distant galaxy lying behind a massive cluster of galaxies, then the huge mass of the cluster curves space in such a way as to make the light from the background galaxies take slightly different paths toward you. This distorts the look of the background galaxies (and may even cause it to appear at multiple locations on the sky).

In the image of the cluster Abell S1063 below (from APOD), you see this effect. In fact, by measuring the "banana-shaped-ness" of the background galaxies, it is possible to calculate the mass of the foreground cluster; one of the ways to infer the presence of dark matter. 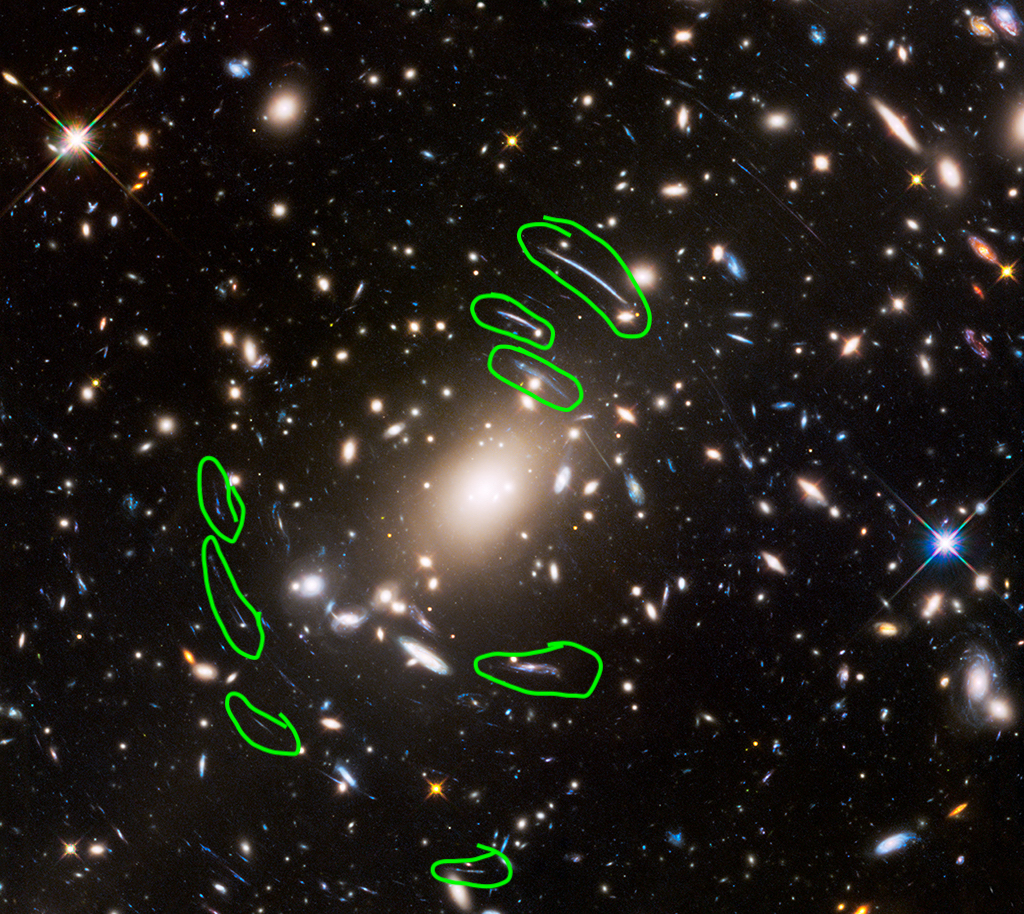 Are real galaxies really structured the way they are in pictures online? I'm wondering this because if the speed limit of the universe is light speed, which means stuff we see on the sky or detected are delayed.

There are a couple of ways to interpret what you're asking and as other answers already address some forms of distortion, I'll mention one that your question suggests to me you may mean.

Using the Milky Way as an example the Sun takes an estimated 200 million years to "orbit" the galaxy.

So from a visual point of view of someone in another galaxy observing the Milky Way, that movement is barely visible (if at all). So the time it took for light to travel the entire diameter of the the galaxy is not enough to affect the appearance to a distance observer due to the difference period of time it takes light to reach the observer.

Let's first assume that we are looking at a distant galaxy, meaning that the distance to the galaxy is much larger than its diameter. This would mean that the apparent angle subtended by the galaxy is very small (e.g. arcsecond to arcminute range).

Obviously, for nearer objects, this assumption will not hold. However, the motions of stars in a galaxy are relatively slow compared to the speed of light and will not contribute much to the distortion that I assume you wrote about.

Not the answer you're looking for? Browse other questions tagged optics visible-light astrophysics speed-of-light galaxies or ask your own question.

4
Why are distant galaxies not actually tiny bits of matter?
55
Why the galaxies form 2D planes (or spiral-like) instead of 3D balls (or spherical-like)?
3
Expansion of the Universe regarding Time and lightspeed
2
Why do propellers look like they are moving really slow when they are moving really fast?
3
What is the average mass of galaxies according to Hubble Deep and Ultra Deep field observations?
6
At any given point in the universe, are there a huge number of photons crossing paths?
2
What is the current shape of the Milky Way?