Expression for electric potential around an electric dipole in Cartesian coordinates

I'm trying to find the equation of the electric potential of a electric dipole in Cartesian coordinates.

The equation should take the form of something looks like this: 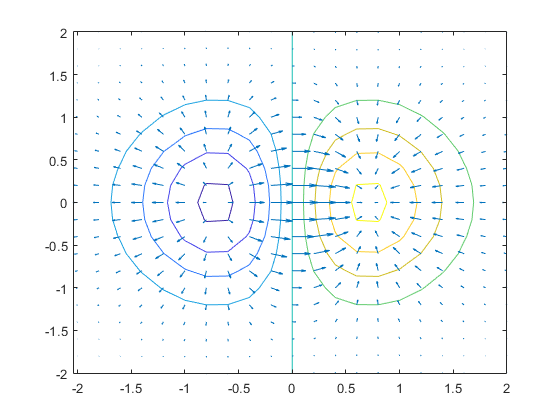 I know that equation is not true for dipole electric potential. It's just there to show how the plot of the real equation should look like.

I take it that the object you want to model is a finite dipole, i.e. one with a nonzero separation $d$ between two finite charges $\pm q$.

Here it's worth remarking on just how different this is to the expression you wrote down, particularly as regards its decay at large distances from the origin, which is algebraic (specifically, $V(\mathbf r) \sim qd/r^2$ for $r\gg d$) instead of exponential. Generally speaking, electrostatic potentials which decay exponentially as functions of $r$ are so uncommon that if you find such a potential and you don't know exactly what you're doing, you're basically guaranteed to be doing something wrong. 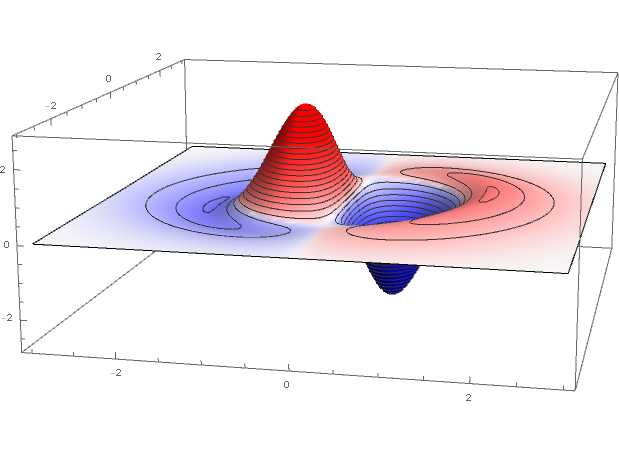 At first glance this looks reasonable, with two big lumps of opposite charge and some 'ringing' around them, but that appearance is deceptive:

I imagine none of these features are things that you initially contemplated. Unless you were actively seeking out a potential with all of these properties, an exponential decay in the potential is simply not appropriate.

If you want just a "D plot of the potential in the x-y plane which contains the changes then a simple way of getting a 3D representation and a contour plot is to use WolframAlpha.

WolframAlpha you will produce the 3D representation with the potential in the z-direction and also a contour plot. 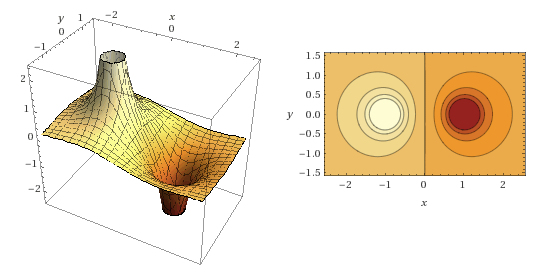 Other applications will give you more control over the output.

Not the answer you're looking for? Browse other questions tagged homework-and-exercises electrostatics potential coordinate-systems dipole or ask your own question.