How can the same tension pull both the mass and the pulley?

So I have this problem: 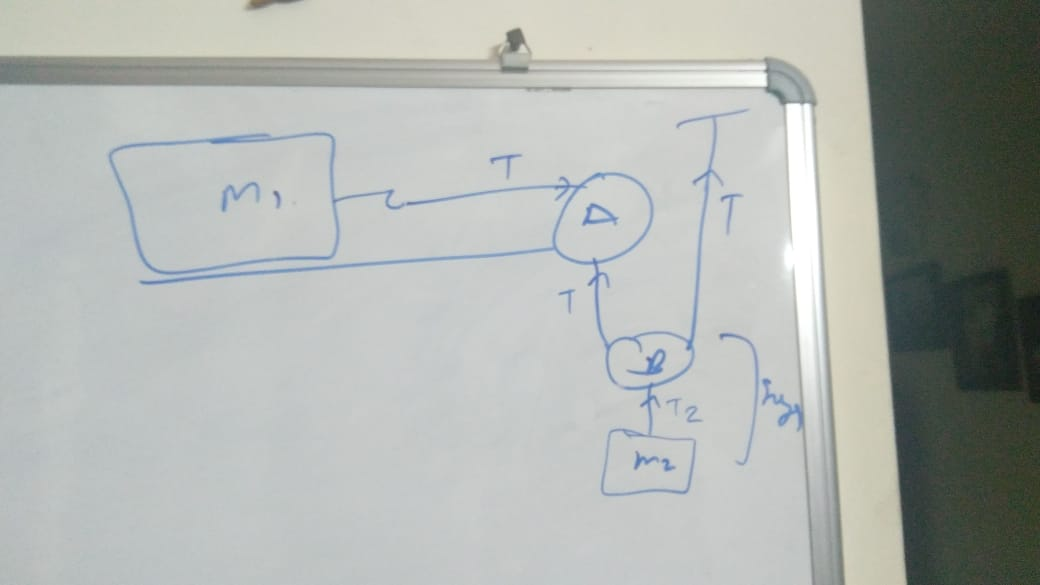 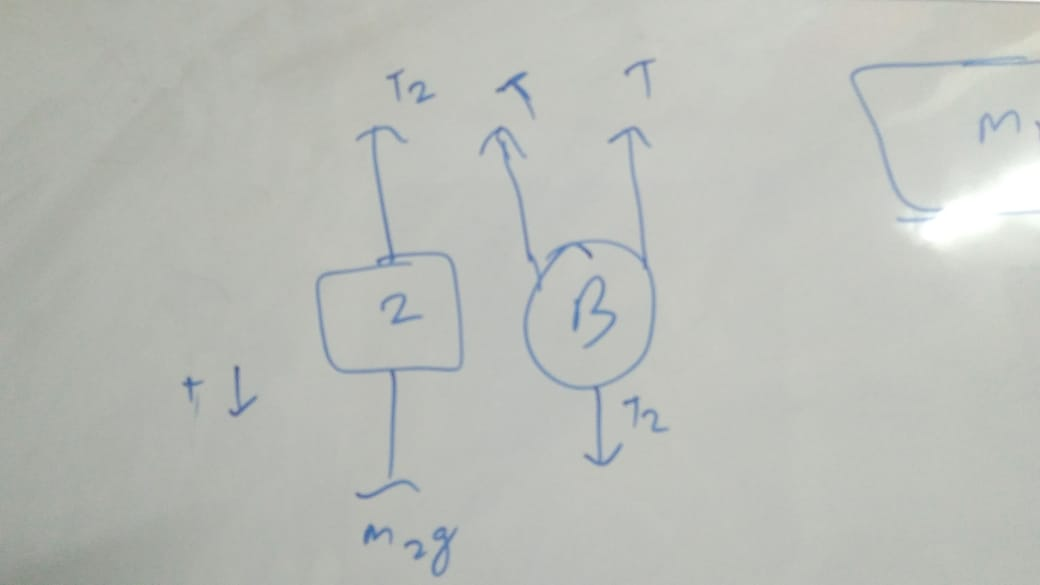 I couldn't help but notice that the tension pulling mass 2, is pulling the pulley B but in opposite direction.

How is this possible?

This is what tension does. Here is a test you can do. Get a friend, a piece of string and a pair of scissors. Have your friend pull the piece of string (between his two hands) so that it is taught. The string is now in what we call tension.

The left hand upward force T2 is the force on block 2 due to the string.
The Newton third law pair to this force is a downward force T2 on the string due to block 2.

Has to be zero; thus the magnitudes of all forces T2 are the same.

3
Why is tension in a rope the same at every point?

1
Dependence of tension (considering a pulley system) on the mass of loads
0
Tension force due to pulley on the block
10
How does the force of tension really work?
2
Interaction between an ideal pulley and an ideal rope
0
Force and tension in a pulley
1
Can you determine an action-reaction pair when tension acts on a string attached to a pulley?
0
How to find the limit of tension required to pull a body?
0
What is direction of tension at the extrema end of the pulley which it curves around?