How understand the stored energy due to magnetic field? [duplicate]

Ask Question
Asked 1 year, 4 months ago
Viewed 54 times
0
$\begingroup$
This question already has answers here:
What is the mechanism by which magnetic fields do work? (2 answers)
Closed 2 years ago.

I'm confusing because in this book1 introduces the magnetic energy as mechanical work done by forced magnetic, but if magnetic force doesn't work, besides do who done work? 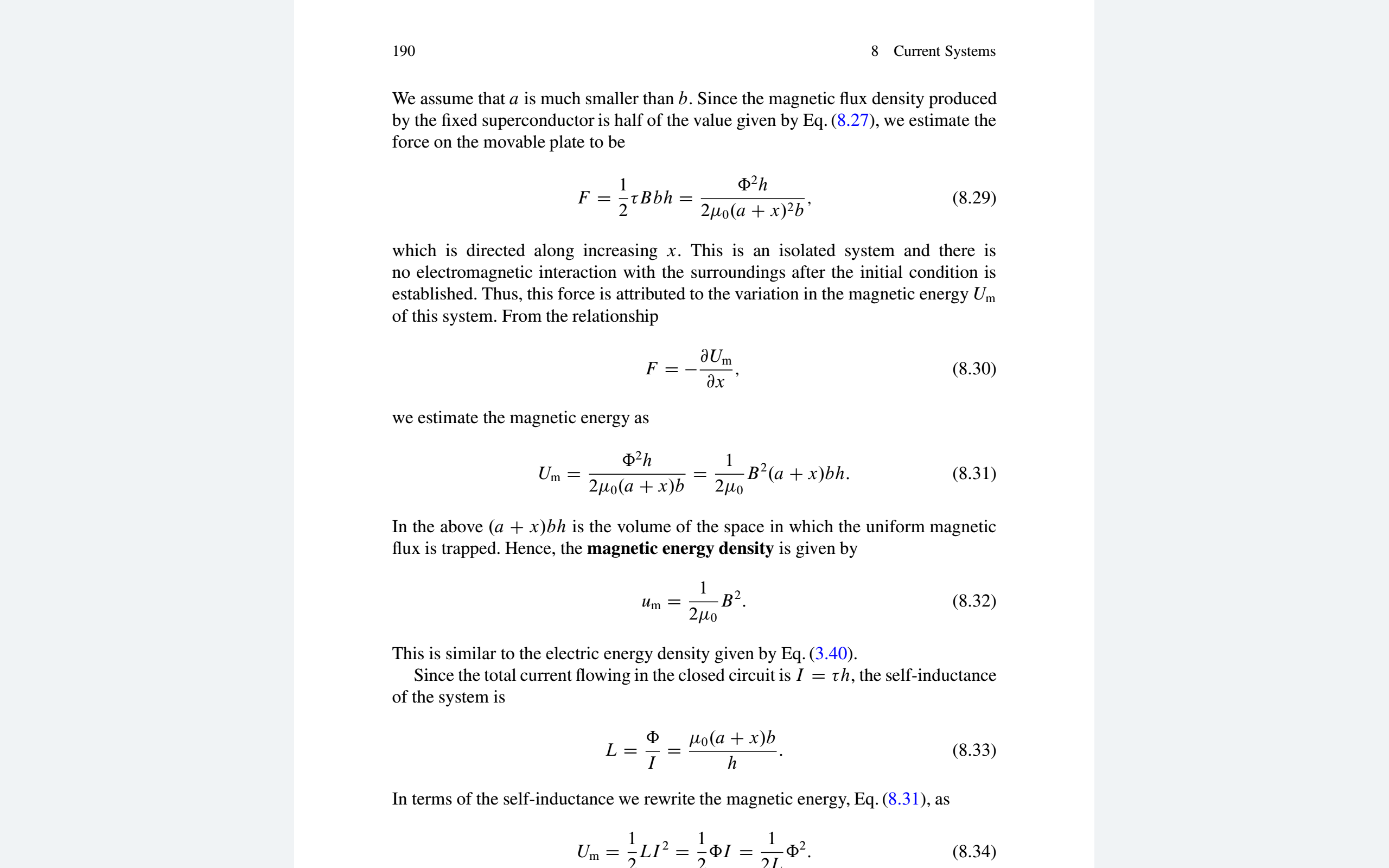 Usually students learn about static magnetic energy after they study electromagnetic induction. One of the appreciable advantages of using a superconductor is the direct derivation of magnetic energy as mechanical work done by magnetic force, similar to the electric energy resulting from the electric force. This is because the magnetic flux is conserved in a superconducting circuit disconnected from any electric sources. As a result, the electromagnetic induction can be predicted for a usual electric circuit using the relationship between the energy and magnetic force. In electromagnetism the magnetic moment of a magnet caused by spins and orbital motions of electrons is described using a virtual magnetizing current. However, the magnetic moment of a superconductor comes from a real current flowing in it. Hence, the introduction of the superconductor is also beneficial with regard to persuasion of the appropriateness of the virtual magnetizing current.

15
What is the mechanism by which magnetic fields do work?
73
How can magnets be used to pick up pieces of metal when the force from a magnetic field does no work?
3
What does the work on a current carrying wire in a Magnetic Field?
1
Magnetic force and work