How to interpret the Feymann diagram of two photons scattering off each other? 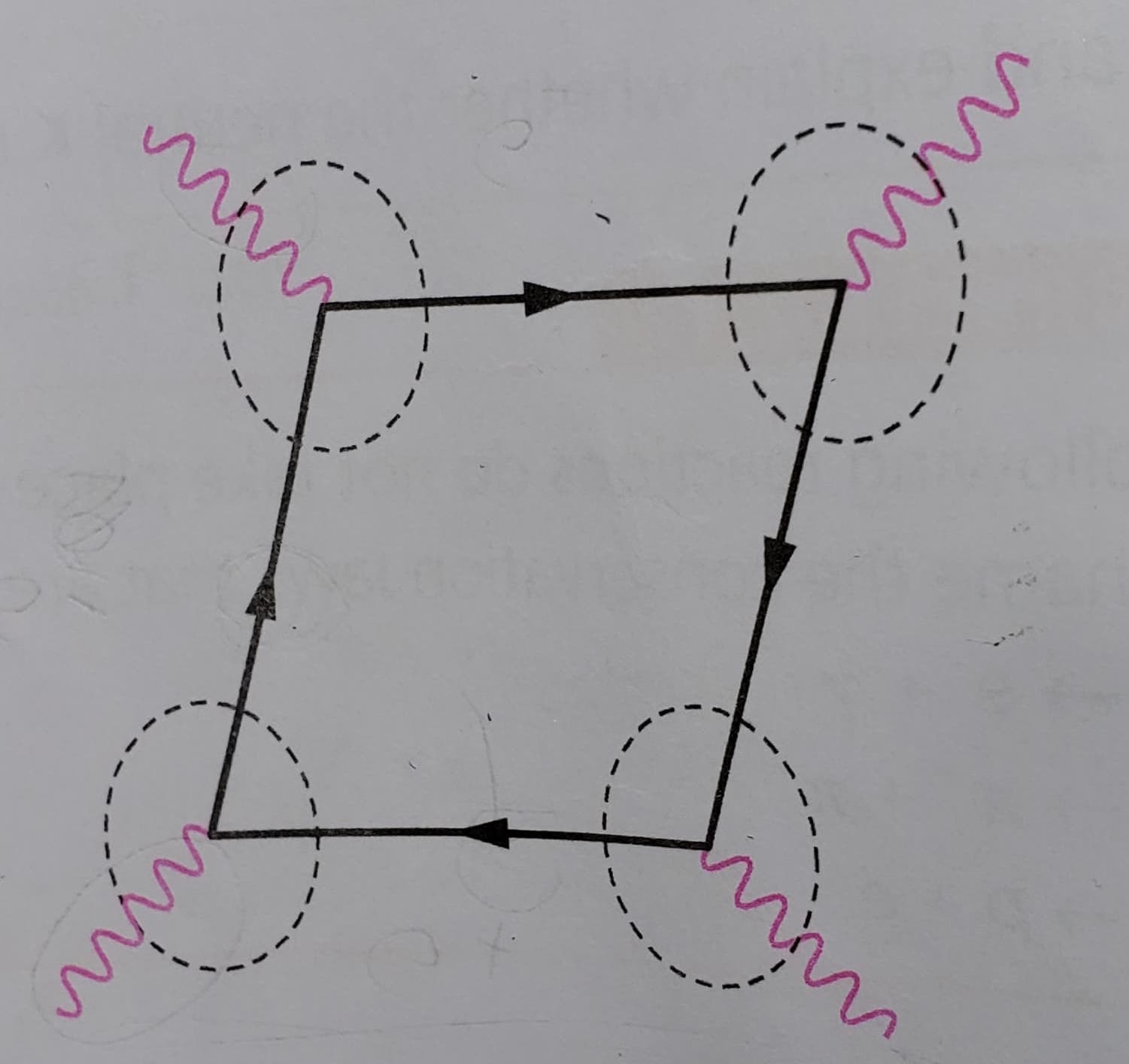 May I ask how would one interpret this diagram?

May I also ask is it correct to interpret any particles that begin and end in a basic interaction vertex shown in a Feynmann diagram to be virtual particle (as is the case in my interpretation)?

As far as my understanding of QED it goes like this:

What happens in between is: everything. However, that is too much, so we do a perturbative expansion of the amplitude. This diagram is the leading order, where the photons scatter off of a virtual electron-position pair (or any other charged particle, but let's stick with $e^+e^-$).

An important feature of Feynman diagrams is that four-momentum is conserved at all vertices: hence the electrons is off-shell:

That is, it's a virtual particle.

So what is the four momentum? Based on the earlier statement that "everything" can happen, it can have any four momentum, as long as it's conserved at the vertices. So, you have to integrate over $d^4p$.

Regarding the interpretation the 2 photons are absorbed by a particle, and then later readmitted: that may be misleading.

In the s-channel (annihilation) the diagram represents both cases:

So I would assign an order to the operations in a Feynman diagram with some trepidation. The key is to include all crossing symmetries (the u-channel) because the final state photons are identical particles. (I think you have to permute all the indices to compute the leading order amplitude--so if you can time order the emission and absorption, why bother, it's only half, or a quarter, of the story anyway.)

Not the answer you're looking for? Browse other questions tagged particle-physics photons nuclear-physics feynman-diagrams virtual-particles or ask your own question.

6
Photon as the carrier of the electromagnetic force
7
Why does an electron react differently to a virtual photon in the interaction between two electrons and between an electron and a positron?
0
Is a Feynman diagram for an electron emitting and later absorbing the same photon possible with just 2 vertex in the diagram?
0
Why can't a particle interaction $A + B \rightarrow C$ conserve energy and momentum at the same time?
1
How do I calculate the amplitude of an $s$-channel Feynman diagram?
3
Problem with the conservation law in Feynman diagram
3
Feynman diagram of Higgs production by $gg$-Fusion