Does rotation always slow down in general relativity?

Suppose I have a rotating object in empty space. Will it lose angular momentum due to interactions with spacetime?

The most obvious case if if the object has a quadrupole moment. Then the quadrupole formula simply tells us that it will lose energy and the angular momentum ends up in the form of gravitational waves. Normally the dipole moment is ignored as a source of gravitational waves since it is to lowest order the total momentum of the system, which is constant. At least in the linearized case conservation laws make a quadrapole-free object non-radiating.

A rotating axially symmetric object (whether matter or a Kerr black hole) would hence remain rotating forever in GR. However, at least the Kerr space-time is infinitely old: the black hole has always been there and always will be. A realistic spacetime where a mass implodes to form the black hole will be time-asymmetric, and the rearrangement of matter could presumably move some angular momentum to gravitational wave modes. Hence objects changing over time may lose some angular momentum. But generally axisymmetric objects have a hard time emitting gravitational waves unless they have higher-order moments (or internal flows producing gravitomagnetic quadrupole moments).

Overall, these considerations seem to fairly strongly push towards the conclusion that ideal objects never slow down their rotation as long as they have zero quadrupole moments. But non-ideal objects presumably have at least a tiny quadrupole moment by virtue of being composed by atoms. A sphere made up of $N$ random point masses has a quadrupole moment tensor where each component is the sum of $N$ finite-variance random numbers; the central limit theorem indicates that the components will be Gaussian and we can hence assume a $1/\sqrt{N}$ residual quadrupole moment. Using the estimate in this paper for a neutron star with a bump that suggests a spindown timescale of $$\tau \sim \frac{5}{4\pi}\frac{1}{f}\frac{Rc^2}{Gm}\left(\frac{c}{v}\right)^3\sqrt{N},$$ where $f$ is the rotation frequency. Since $N\sim 10^{50}$ for Earth and $10^{57}$ for stellar-mass objects we should hence expect a very slow but finite spin-down time.

Does this make sense?

Short answer: yes, there are always effects that would dissipate angular momentum, although the timescales required could be enormous.

First, rotating black holes. These objects are as close to an ideal axisymmetric system as possible. And all effects of deviation from axial symmetry during black hole collapse would be decaying exponentially within several Schwarzschild crossing times (interval $r_s/c$) since its formation. Nevertheless there are several mechanisms through which it can lose its angular momentum: Penrose process, Blandford–Znajek process, black hole superradiance all allow extraction of rotational energy of Kerr black hole by interacting with a nearby matter. But even if there are no outside fields/matter that could initiate such processes, there is Hawking radiation. Rotating black hole loses angular momentum due to Hawking radiation several times faster than it loses mass, so that it would spin down almost completely before it loses most of its mass. This was discovered by D. Page in 1976:

Here is a figure from the paper describing how the black hole rotation parameter $a$ changes with mass during its evaporation. 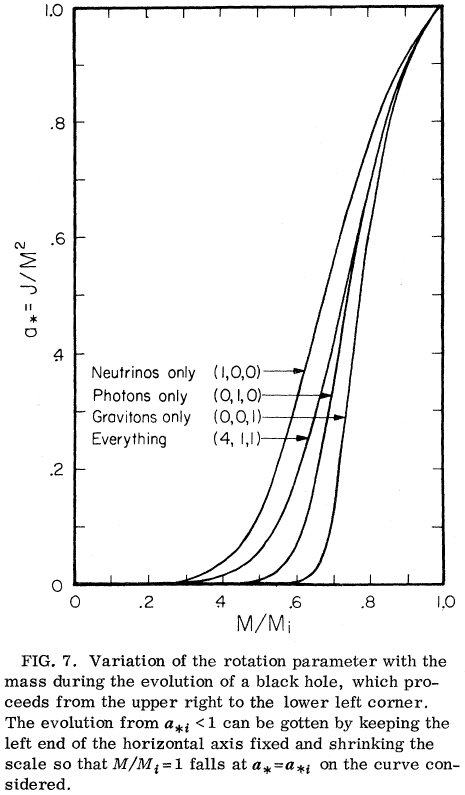 Of course, now that we know that neutrinos have nonzero masses the Everything curve should actually be between Photons and Gravitons curve.

Now, onto rotating bodies without event horizon. Even if the body is absolutely axisymmetric around its axis of rotation (possibly because of the symmetry of its quantum state) and so, classically, gravitational radiation is forbidden, it still could lose angular momentum by means of quantum two-graviton decay. This is in complete analogy with two-photon decay of metastable $2s$ state of hydrogen atom (first calculated in Breit and Teller, 1940), when decay with the emission of one photon is forbidden due to spherical symmetry of a quantum state. Of course, the probability of such two-graviton process would by quite tiny, so it could become the main method of angular momentum loss only when other channels are forbidden (for example, hypothetical boson star composed of dark matter particles interacting only gravitationally). In particular, if the matter of rotating body is able to interact with the electromagnetic field however weakly, then much more likely would be the spindown with the emission of photons.

As for the estimate of timescale for the spindown of the lowest energy configuration of a rotating body, my suggestion is to adapt the equations from probabilities of radiative decay of rotational d.o.f. for large non-polar molecules, those are calculated in rotational spectroscopy.

Not the answer you're looking for? Browse other questions tagged general-relativity gravitational-waves rotation or ask your own question.