What does it mean that standing waves oscillate in phase?

The do not go equally high up and down. Their amplitudes are different. But they do it at the same time nevertheless.

For general waves, in-phase means that the points of two waves progress (move) equally. They "follow each other" perfectly. In standing waves, this boils down to the points not progressing, but still "following each other" by rising and falling equally.

Use the PhET Wave on a String program with the settings as shown in the screenshot below. 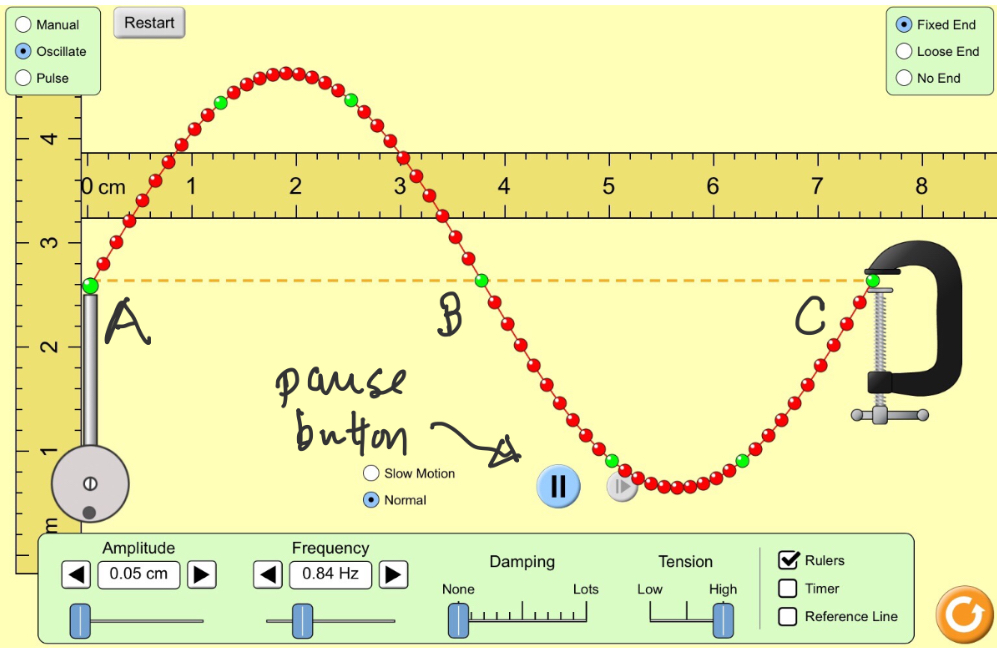 Run the program and let it settle down for a few minutes when you should see that a standing wave has been formed.

Positions $B$ and $C$ are nodes.
Observe the red “particles” between $B$ and $C$ and this is where you will see the particles moving “in phase with one another” but with a differing amplitude.

The red “particles” between $A$ and $B$ will also be moving in phase with one another.
Also note that the motion between $AB$ is $180^\circ$ out of phase with that between $BC$ .

Using the “pause” button or the “Slow Motion” setting might help you visualise what is happening.

Not the answer you're looking for? Browse other questions tagged classical-mechanics waves harmonics or ask your own question.