Why can there be only 3-particle vertices in Feynman diagrams? [closed] 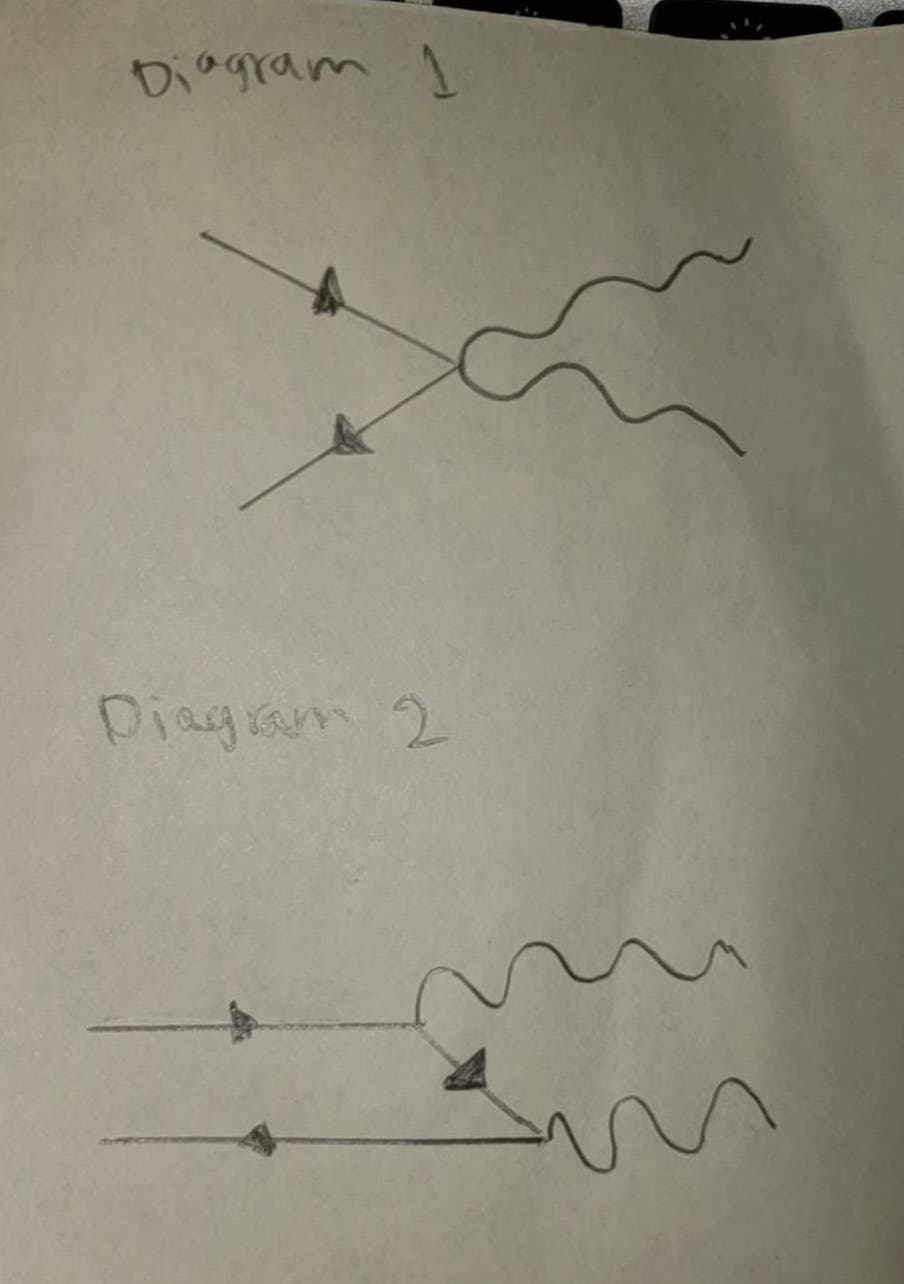 Actually there are 4 particle vertices e.g. 4-Higgs and 4-Gluon interactions. For particles including fermions however this is not possible. The reason for this is that each vertex i.e. each interaction corresponds to a term in the Standard Model lagrangian. Such an interaction Term is generally a Product of the interacting fields $\phi_i$ and a coupling constant g $$L_{int}=g\phi_1\phi_2...$$ The thing is now that only so-called renormalizable terms are allowed. That forbids all Terms in which the dimensions of the fields add up to more than 4. Since fermions fields have dimension 3/2 there cannot be 4 in such a Term. That means indeed Diagram 1 is forbidden because it is not renormalizable. However scalar fields like the Higgs or vector fields like gluons have dimension 1 and hence can form 4-particle interactions (as long as they are also invariant under the proper standard model symmetrys)

Not the answer you're looking for? Browse other questions tagged particle-physics quantum-electrodynamics feynman-diagrams antimatter virtual-particles or ask your own question.