My doubt is very basic and fundamental, by Newton's second law we can say that $F=\frac{dp}{dt}$. Hence, there can also be possible cases when $F=\frac{dm}{dt}v$, when the body is moving with constant velocity in the presence of a force! Then what is the effect of that force as a whole, what is it doing? We have always thought of force as an agent of acceleration, something that provides acceleration, but here the body is under the influence of a net force and still possess a constant velocity!! This whole idea seems to be absurd and can anyone help me in absorbing this concept.

Yes such a situation is possible, but you are no longer considering point mechanics (where $m$ is by definition constant), but the mechanics of a system consisting of multiple point particles. In other words: to arrive at such an equation with changing mass, you have to analyse a system of point masses, for each of which $F = m\dot v$ (in other words, it all depends on how the mass is gained).

A simple model leading to an equation such as the above is the following. Consider an object, let's say an asteroid, of mass $M$ that moves through space filled with small objects at rest of mass $m$, let's say dust. The small objects are at rest. We assume that if the large object hits a dust particle there will be a completely inelastic collision (idealized to occure instantaneously). In other words we can compute the velocity afterwards by momentum conservation (energy is not conserved, since the non-elastic deformation of the two colliding objects creates heat): $$ p = Mv = (M+m)v' $$ so the velocity after such an event will be $$ v' = \frac{M}{M+m} v. $$ Now we can say that $M$ depends on $t$ since the asteroid gains mass $m$ each time it hits a dust particle. Each of these events can be handled as above, the momentum is conserved but the mass of the asteroid changes, in other words, we arrive at the equation $$ F = \dot p = \partial_t (M(t) v(t)) = \dot M(t) v(t) + M(t) \dot v(t). $$ The force $F$ is assumed to only apply to the asteroid, not the dust. So if there is a dust trail which the asteroid sweeps up the mass will rise, and it will slow down, unless an external force is applied.

This is the idea behind a rocket. Very simplified, while the rocket looses fuel mass, the exhaust produces thrust

The answer of your question itself lies in it. You have written F to be equal to $F=\frac{dm}{dt}v$. It becomes a variable mass system just like a rocket! 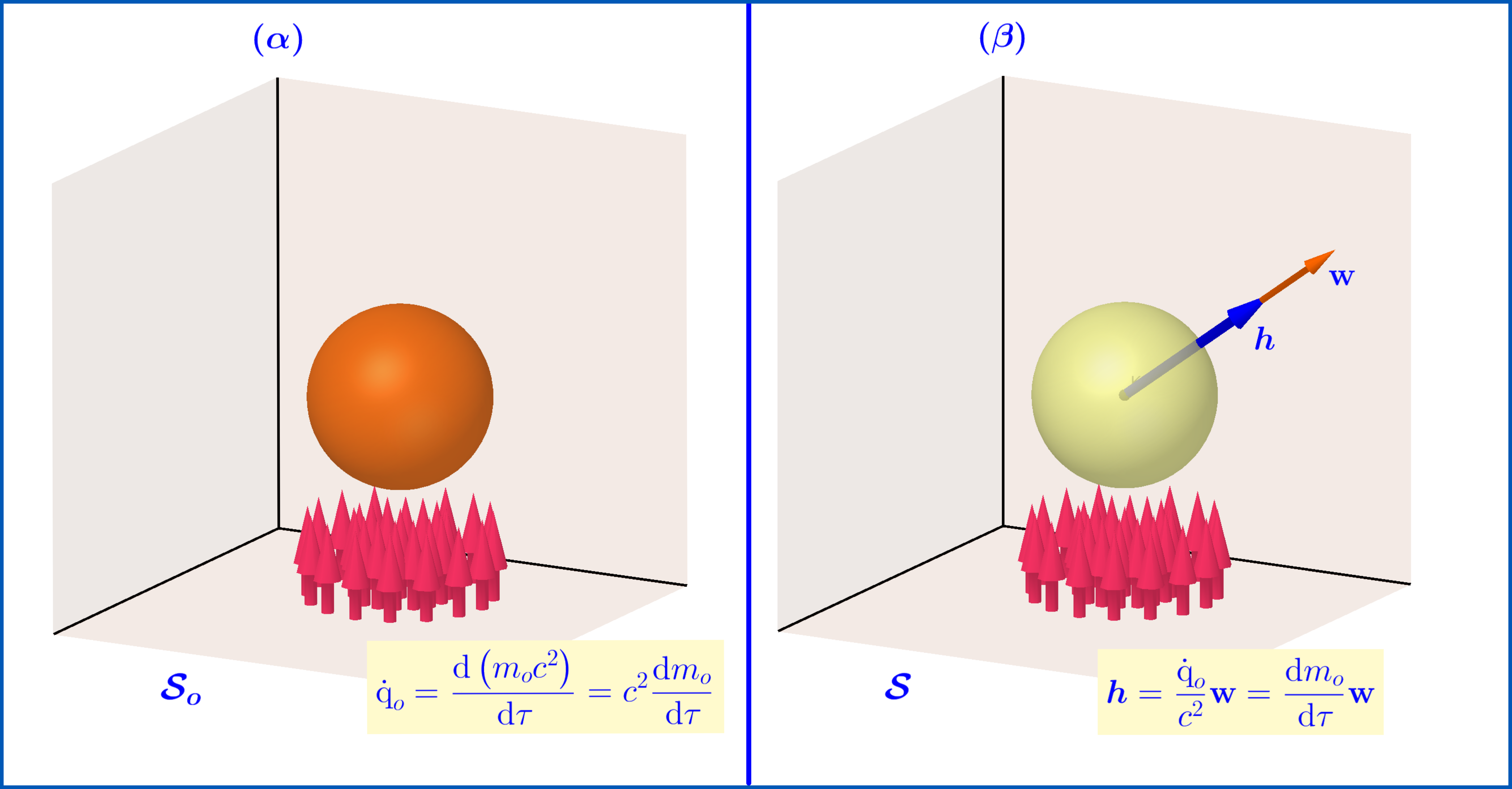 Link : What does it mean that the electromagnetic tensor is anti-symmetric?.

Not the answer you're looking for? Browse other questions tagged newtonian-mechanics forces mass acceleration or ask your own question.

4
What does it mean that the electromagnetic tensor is anti-symmetric?
4
The Lagrangian of a Rocket

0
Force, constant velocity, and 0 velocity
1
Why is kinetic energy stored as potential energy in a body during its motion against gravity?
0
A question on force and acceleration
13
What force causes the ball to move up?
0
Zero Potential Energy Change in Raising a Mass
3
$F = ma$ and instantaneous force