Energy and Speed of Electrons in a Circuit 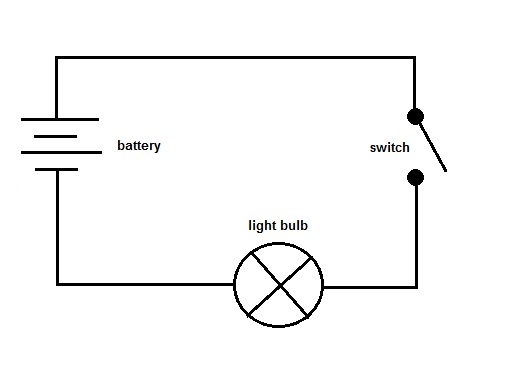 However, I learn that the current in the series circuit is constant. So, the drift speed of electrons in this circuit is the same, contradicting what I previously said.

I am totally confused with different concepts. Could you explain what exactly happens to the electrons and the energy of them in the circuit?

As a result of the conservation of charge the current is always constant in a circuit (continuity equation).

We know by Ohm’s law that the current density is proportional to the applied electric field $$\mathbf j=\sigma \mathbf E$$ where $\sigma$ is called the conductivity. Since we apply a constant voltage, the electric field is the same across the circuit. (Think of it as if the electron is nearer to the positive terminal it feels a greater attraction but also a lesser repulsion from the negative one). But if the conductivity changes the electric field need not to be the same as we see later. Due to scattering at atoms the electrons get slowed down making their speed constant (this makes up the resistance). This explains the proportionality in Ohm’s law. From this we get that the drift velocity is proportional to the applied electric field.

As mentioned above the electric field need not to stay the same across the circuit. If we revisit Ohm’s law (using absolute values instead of vectors) and by definition $j=\frac I A$, we get $$\frac I A =\sigma E.$$ For simplicity let’s assume the area $A$ is the same for the wires and the bulb. Since the bulb is a resistor it will have a smaller conductivity $\sigma$. (Note that the conductivity is a material constant and does not depend on the area or the length). But this means the electric field inside the bulb has to be greater because the current is the same across the circuit. This complies with Kirchoff’s first law stating that the voltage across a loop sums up to zero. Usually we treat the wires as perfect conductors with infinite conductivity and assume that the resistance can be modeled as one discrete element. Hence Ohm’s law gives us that all the battery’s voltage drops at the bulb. But Ohm’s law gives us more, if there are two or more resistors in a circuit, we can calculate the voltage drops based on their individual conductivities (at the smaller resistor will be the smaller electric field).

You are right, the electrons lose kinetic energy and convert it to heat in the resistor but in the same time the bigger electric field accelerates them again and compensate their energy loss by raising more the potential energy. From an energy point of view, you have a constant voltage source making sure there is always the same potential energy. This means if you lose heat at the bulb the voltage source will compensate for that.

It is true that the potential energy created by the battery is converted to the kinetic energy of electrons and then to the heat or other forms of energy depending on the type of a load.

But individual electrons do not speed up in a wire as they do in vacuum.

In a vacuum tube, for instance, the kinetic energy of electrons increases as they fly from the cathode to the anode and, when they reach the anode, this energy is turned into heat.

In a wire, individual electrons collide with atoms very frequently, so they keep gaining and losing their kinetic energy between consecutive collisions.

If the wire diameter was greater, the average field would be weaker, so more electrons would contribute to the current, but their average speed would be lower to yield the same current. Still, the nature of the movement would be the same stop-and-go regardless of the wire size.

Not the answer you're looking for? Browse other questions tagged electrostatics electric-circuits potential-energy or ask your own question.

8
Path of EM wave propagation in a circuit wire

8
How electron movement produces current,instead of having a slow drift speed
3
Do electrons coming out of a lightbulb (and going back into the circuit) slow down?
3
Why don't we consider the electrical potential being converted into kinetic energy when working with circuits?
0
Circuit Analysis - Grounding and Current
0
Do the electrons arrive at the anode with some kinetic energy? Where does it go?
0
Why is a specific voltage limit needed to light a bulb in an electric circuit
1
Battery operation, charge and discharge processes misconceptions
3
Why don't electrons still have energy after completing a circuit with a battery?
0
What's happening to the potential energy of electrons after they left battery?