Is the universe a giant telescope?

Due to the space expansion, the universe should act as a giant telescope. The farther objects are from us (beyond the redshift of $z\approx 1.5$), the larger (not smaller!) they should appear in the sky. Per Wikipedia:

an object "behind" another of the same size, beyond a certain redshift (roughly z=1.5), appears larger on the sky

This optical effect is explained by the Angular Diameter Distance decreasing with distance in an expanding universe, whether open, closed, or flat: 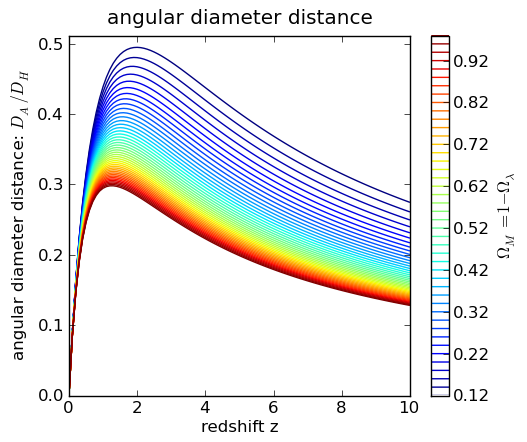 The smaller the angular diameter distance, the larger the object appears in the sky. Therefore, galaxies of the same size should appear the smallest in the sky at the redshift of about $z\approx 1.5$. The galaxies that are closer to us should naturally appear larger, because they are closer, but, counterintuitively, the galaxies that are farther away from us also should appear larger due to the optical effects of the space expansion. Thus the universe should act as a giant telescope magnifying distant objects the more the further they are.

However, when we look at the most distant objects discovered by the Hubble telescope with the redshift ranging from $z=8.6$ to $z=11.9$, they all appear extremely small on the background of other also very distant (but not as extremely distant) Ultra Deep Field galaxies: 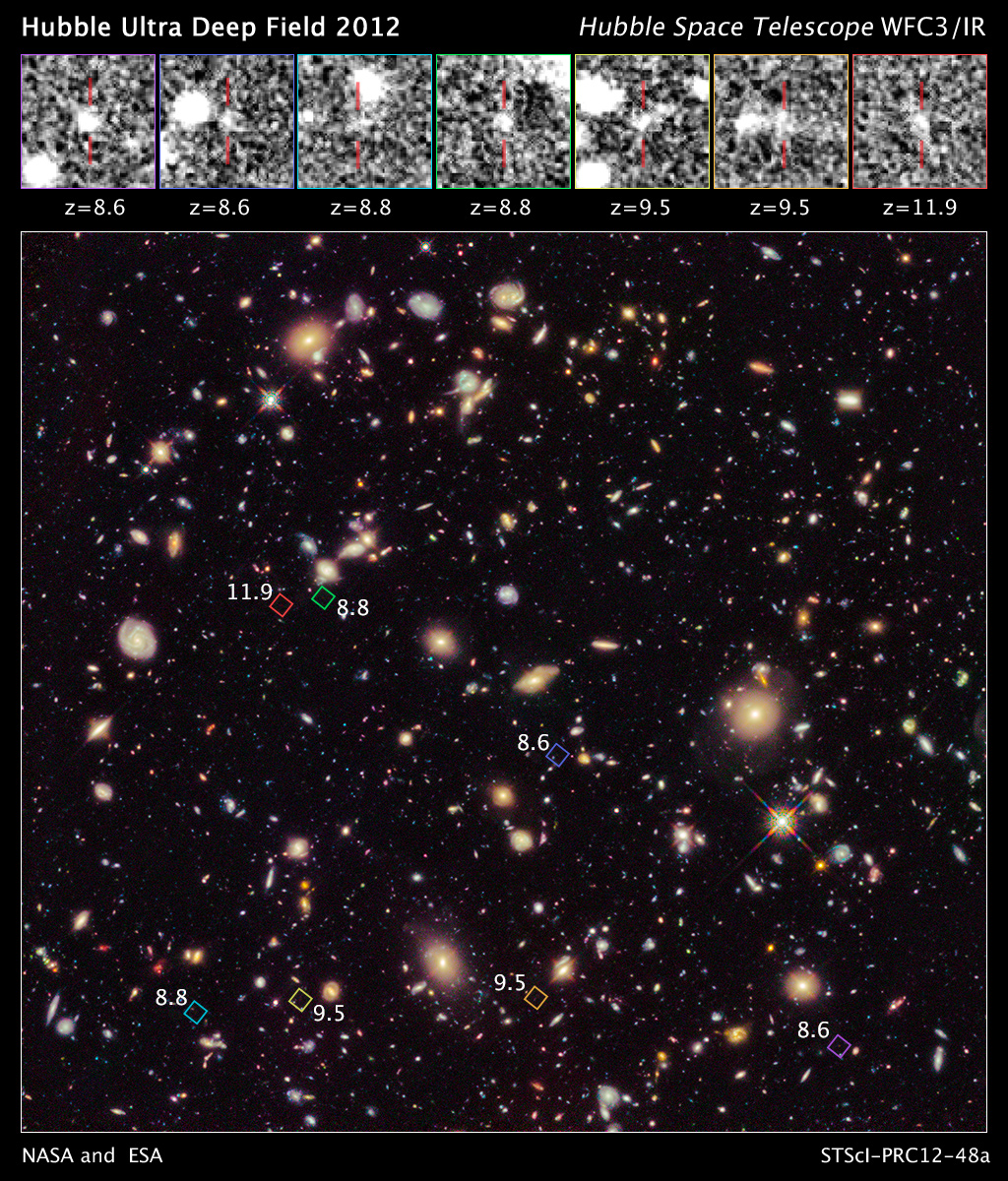 What is the explanation of why more distant galaxies appear the smallest on the Ultra Deep Field image while they should appear the largest according to the angular diameter distance formula?

Not the answer you're looking for? Browse other questions tagged cosmology astronomy space-expansion universe telescopes or ask your own question.

0
Why does the early universe look so big in a telescope?
3
Do redshifted galaxies with $z>1$ look like bigger because red light has a larger diffraction angle?
2
Time between Big Bang and 'now'
0
Are galaxies and clusters of galaxies much denser when we observe the 'past' far universe than the 'present' closer part of the universe?
1
How far back can experiments confirm the LCDM model?

2
Is the "far" universe expanding more quickly?
18
According to Hubble's Law, how can the expansion of the Universe be accelerating?
1
Factors in predictions for Tolman's Surface Brightness Test?
0
Is the Universe being dragged into a singularity rather than expanding?
6
At any given point in the universe, are there a huge number of photons crossing paths?
2
Could the perceived increasing rate of expansion of the universe be explained by time accelerating, rather than space
3
Antenna Array Radio Telescope
6
How do we know the universe is expanding and wasn't already infinite?
4
Why are the most distant galaxies "only" around 13 billion light years away?