Why is the Earth not an exact sphere and what makes it bulge at the equator? [duplicate]

In chapter 7 of the Feynman Lectures Volume 1, Feynman explains that the Earth is round due to gravitation as everything attracts everything else. He also says that it is not an exact sphere since it is rotating. I don't get that. What effect does the rotating of the planet have?

He mentions that it is due to centrifugal effects which tend to oppose gravity near the equator. Don't get that either. How is that supposed to make the planet 20 km wider at the equator than it is at the poles?

Here's the link for the lecture: http://www.feynmanlectures.caltech.edu/I_07.html

@FGSUZ Is on point with their analogy. The earth's inner structure is very plastic, specifically in the mantle where something called convection results in large flows of material.

Convection induced flow of the mantle.

A person spinning on a (head to toe) axis will feel a rush of blood to their arms and hands, just as the plastic material of the mantle pushes harder on the equator than the poles. 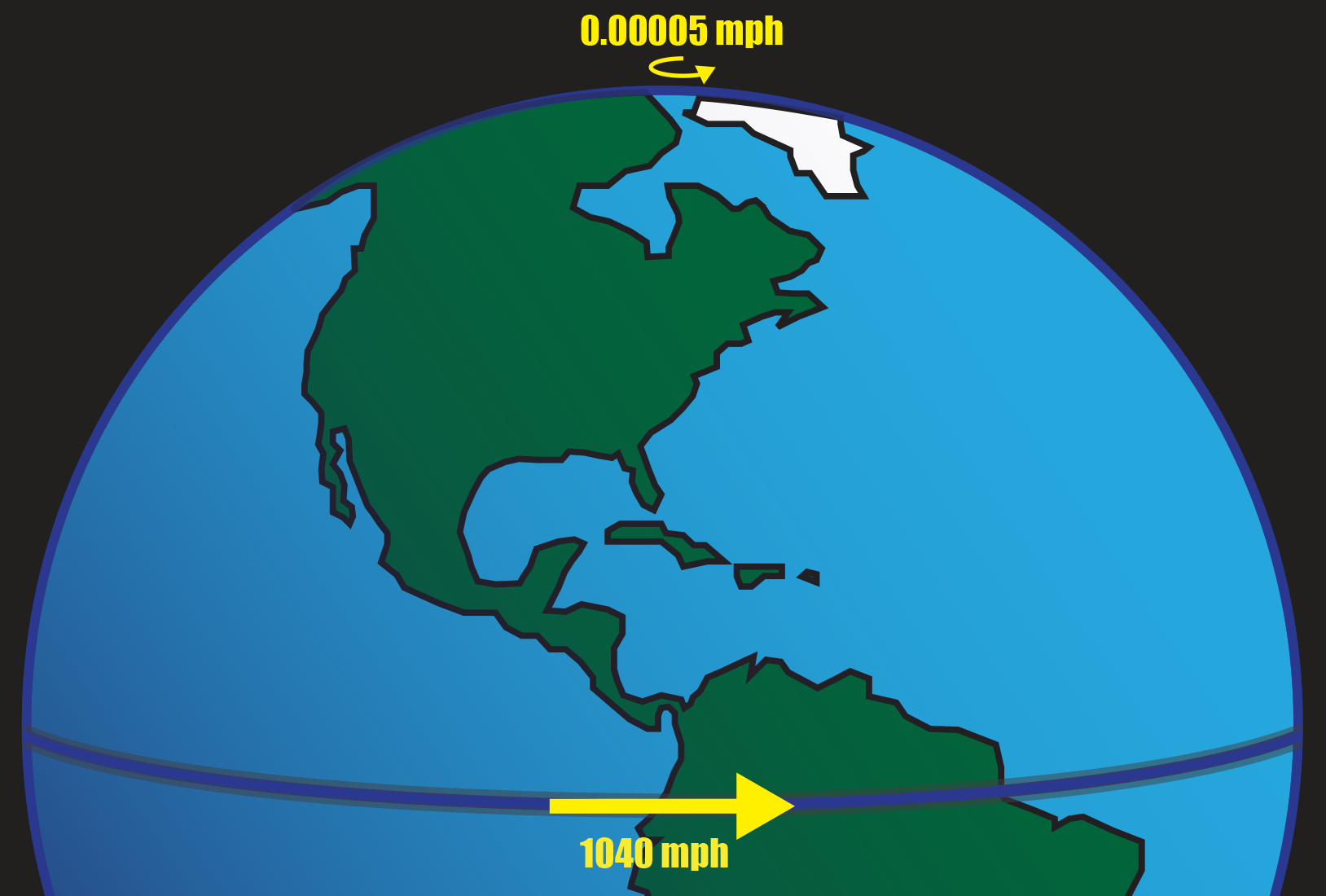 Another way to think of it is to look at the tangential velocity of the equator in the photo above. Imagine how much force it would take you to turn your car in a gentle curve at 1040 mph!

Gravity is roughly equal over the Earth, so no extra force tries to balance out the momentum at the equator. This results in the slight bulge Feynman talks about.

Not the answer you're looking for? Browse other questions tagged newtonian-gravity planets centrifugal-force or ask your own question.

66
Why is the Earth so fat?
4
What is an intuitive explanation using forces for the equatorial bulge?

7
Is the planet Mesklin as described in Hal Clement's Mission of Gravity correct?
1
Is effective gravity constant over the surface of the ocean?
0
Energy of a planet moving around the Sun
2
Earth bulge and axis precession