How to find rayleigh range and beam waist if I took several measurements of beam radius at some fixed distance from the lens? 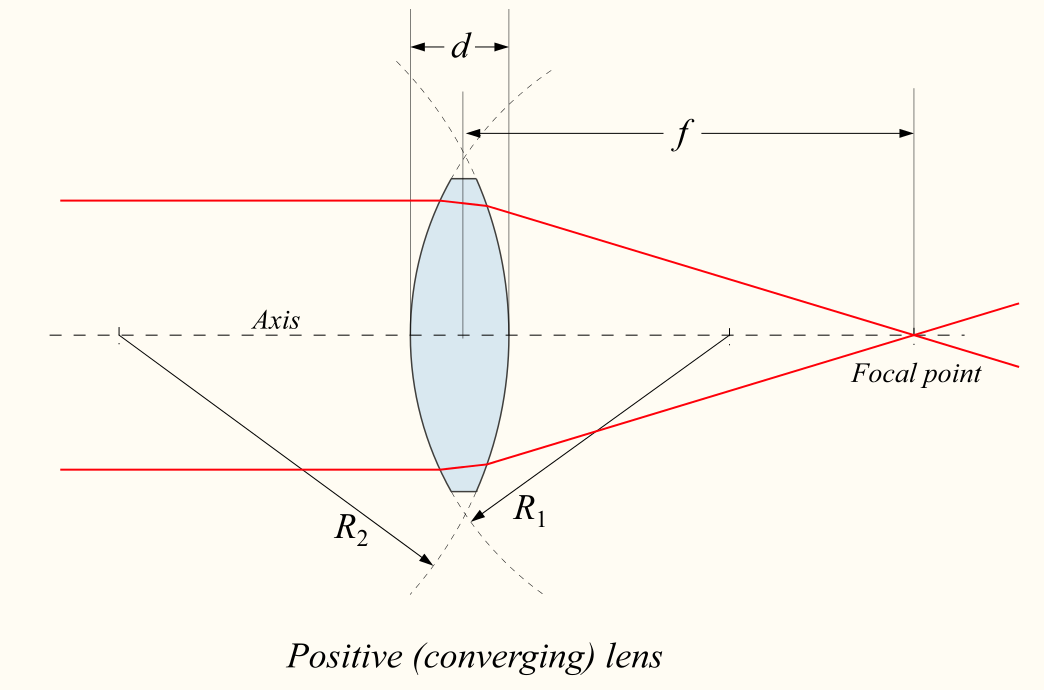 Set up is like in the figure 1. Collimated beam of 633 nm is passing through a biconvex (focusing) lens.

Goal is to find beam waist (the focus point) and Rayleigh range, $ w_o $ and $ z_o $ using the formula of the radius of beam at a position along z:

I think (correct me if I'm wrong, as this is only a guess) by using knife-edge method I can get beam radiuses at some distances from the beam waist.

In my measurement, the distance between the lens and power detector was fixed at 5cm, however distance between knife-edge and lens was being changed the following way: 15 mm, 30 mm and 45 mm.

So I got three different beam radius values

Now my problem is, how do I interpolate these three values to find $ w_o $ and $ z_o $ using the formula of the radius of beam at a position along z:

Especially considering that my z values (15mm, 30mm, 45mm) were from lens to knife-edge, and not from beam waist to knife-edge.

Also, what's the relationship between Rayleigh range and focal length?

So I think I should assume (correct me if I'm wrong, as I'm not sure at all) that my values when knife edge was at different distances from the lens, even though power detector was fixed at 5cm, as if I was somehow measuring beam radius at 15 mm, 30 mm and 45 mm from the lens.

However, I need to know the distance between focal point (beam waist) to where I measured beam radiuses.

I don't know that. In fact, I'm supposed to find distance from the lens to the beam waist/focus point.

So I guess I can do linear trendline (y = mx + b) in excel to fnd $ w_o $ (beam waist), and this is what I get. I subtracted 2.75 mm (approximate value of focal length) from z values. So that z values would correspond to distance between focus point and knife edge.

Not sure what to do next. 0.668 mm seems to be when x = 0, or when z = 0, so right at the supposed beam waist... However, relationship between the radius of the beam between focus point and some distance z is not y = mx +b, it's given by the above formula. I don't know how to "fit" that formula to the curve...

$z'$ is likely to be where the linear fit of your measurements meet the $x$ axis.

8
Wavefront RMS errors, mirror surface roughness and Gaussian beam scattering
0
Cylindrical Fresnel Lens Focus Problem
5
How can beam divergence be corrected for in a $\rm CO_2$ laser cutter?
2
Focussing laser at km range
0
Calculating focal length for contracting a Gaussian beam
0
Calculating Laser Focal Power & Focused Beam Waist
2
Could a converging beam of light be converted into a parallel one?
0
What happens to the power of the beam passing through a lens?
0
How can I collimate a laser beam of 100 wavelengths in vacuum?