What is the effect of mass on resonance amplitude?

When a system is undergoing forced oscillations, why does reducing the mass of the system cause the frequency response curve to shift downwards? I encountered this problem in a practice paper, but I can't seem to put my head around the model answer. I get that reducing the mass causes the natural frequency to increase, so the resonance frequency becomes higher, but why does the amplitude of oscillation decrease across all frequencies? 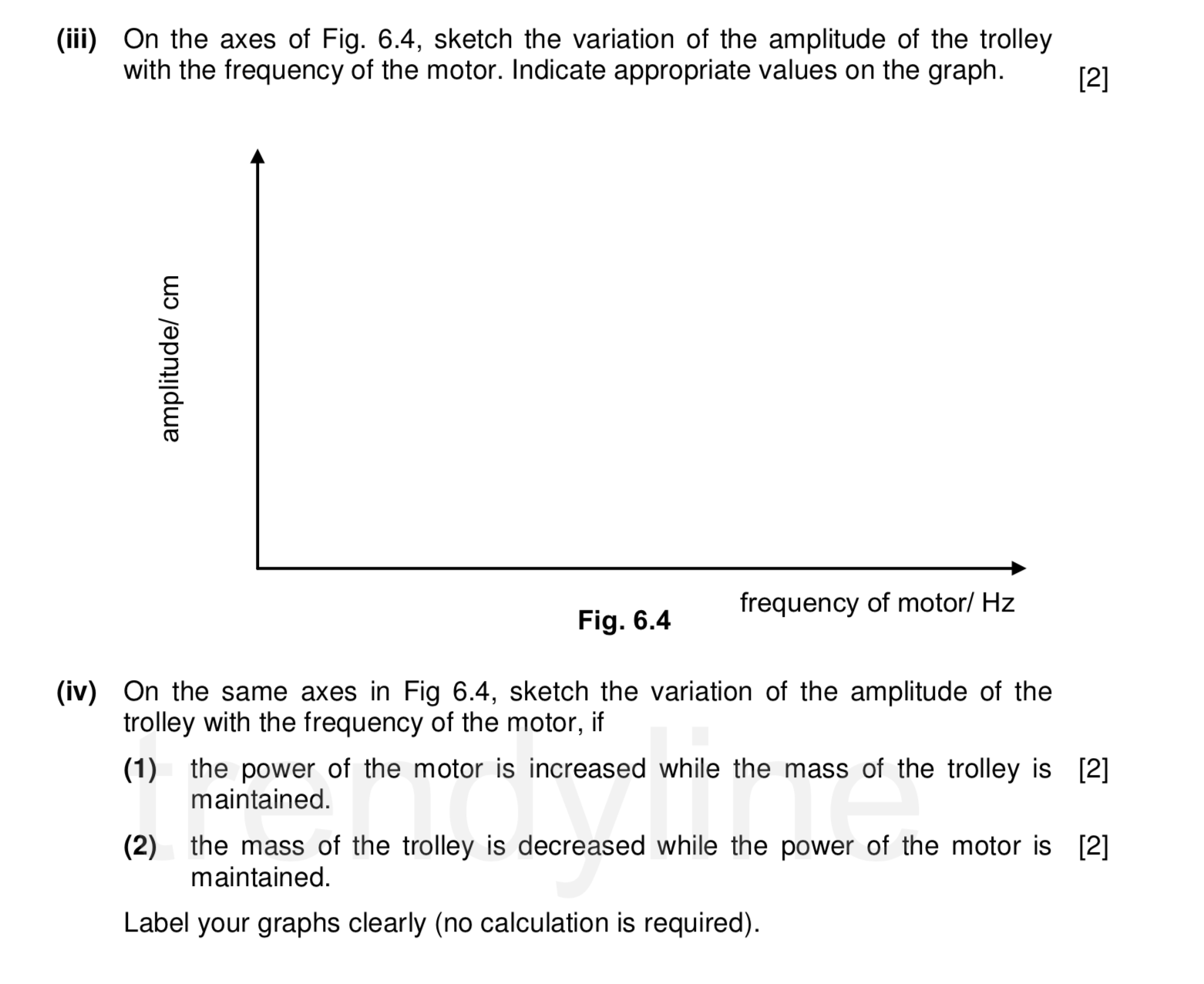 This system does have losses - if it did not, the amplitude at resonance would be increasing until it hit the limits, i.e., the springs would have no further way to compress.

In a steady state, all power delivered by the motor is spent to cover for these losses.

Since the power of the motor in (iv)(2) is maintained, while the frequency is increased, we have to conclude that the amplitude has to decrease.

Not the answer you're looking for? Browse other questions tagged harmonic-oscillator frequency oscillators resonance or ask your own question.