I am having a issue with a question with regards to how spatial frequency and high contrast are related.

Explain how high contrast resolution of an imaging system may be expressed in terms of a spatial frequency, measured in units of line pairs per mm.

As I understand spatial frequency is the amount of line pairs that occur with in a given distance, and by line pairs I mean a pair of black and white lines, so one line pair would be one black line and one white line.

I can only thing that this would have to do with the thickness of the black and white lines.

For example say I take and x-ray image and there is a high contrast with in that image i.e a calcification, then to show in detail the difference in contrast I assume that the white line would be slight thicker than the black, so the more line per mm would give and brighter more white look I.e high contrast than say compared to the surrounding tissue in which, the line would be more a thicker black than white, to give a greyer kind on tone.

There are also low contrast resolution test objects, which typically contain disks of material that have low contrast compared to the surrounding.

An imaging system will spatially spread a point or line object. This will translate resolution to contrast as can be seen in the picture. 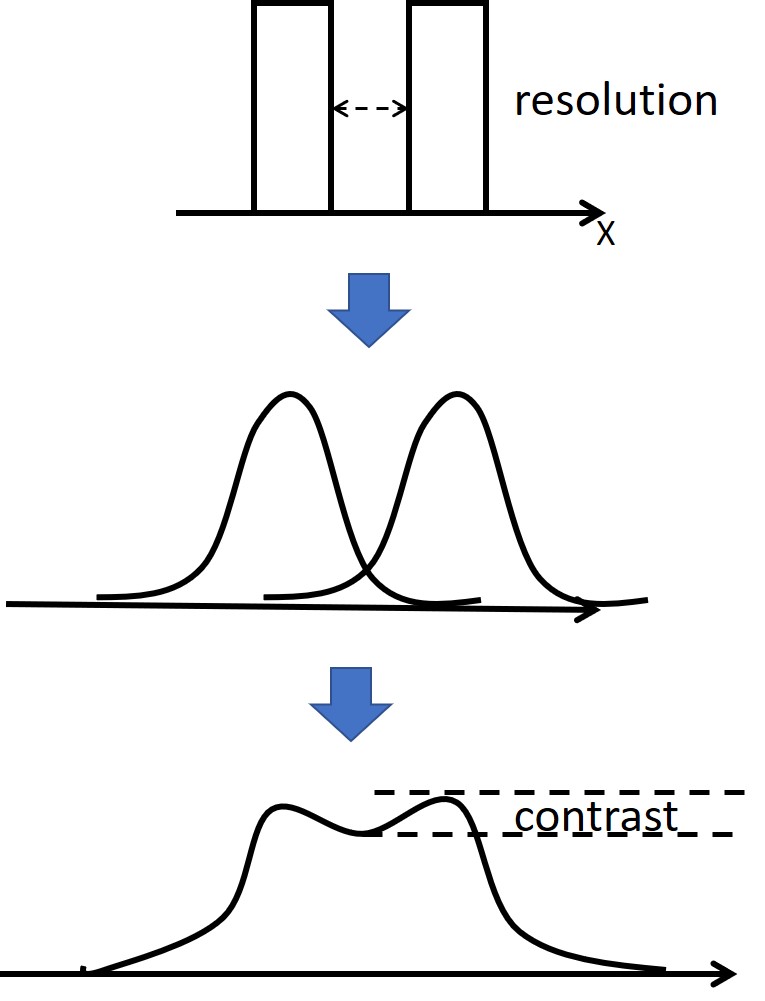 Not the answer you're looking for? Browse other questions tagged homework-and-exercises imaging medical-physics image-processing or ask your own question.

5
Optical explanation of images of stars?
4
Image Reconstruction:Phase vs. Magnitude
2
Can a point source be located more accurately out-of-focus or in-focus?
3
Dose-depth curve of photons vs. protons
5
What is the shape of the MTF curve in coherent imaging?
1
CT scan advantages and disadvanatges Vs General Radiology
0
Compton scattering and X-ray Imaging