I am a beginning physics student.

I have a question (probably very simple for you all haha) about forces on an overhanging book, off a table. We all know that the max you can push it would be half the length of the book. The pivot of the book would also be the edge of the table. If the book were to be pushed to it's max, what forces would be enacted on the book? What forces would prevent it from falling/swiveling about the pivot? It would be best if you could provide a diagram, but an explanation is fine.

I don't know why people down-voted your question; it’s good to clear up confusion, no matter how small. In fact, this question got me thinking for a while.

Anyway, think about all the forces on the book. You have gravity, which "acts on" the center of mass. Then, you have a normal force of equal magnitude but opposite direction, from the table onto the book. Since the normal force is equal and opposite to force of gravity, there is no net force in either direction, meaning the book will remain stationary.

Before talking about rotation, you must first understand that for the book to rotate, there must be a net torque applied. Simply speaking, torque is a force applied at a distance from a pivot point.

So, as long as the center of mass is not past the edge of the table, there will be no net torque (gravity and normal force will cancel each other out), and the book will remain stationary. 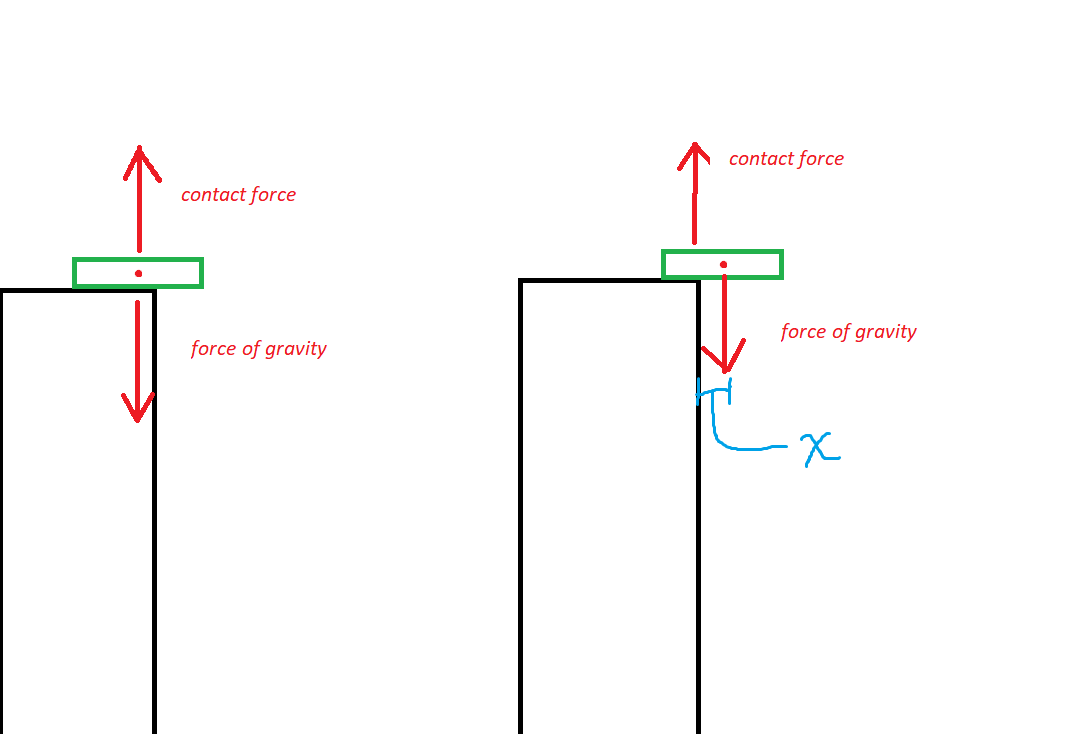 Ignoring friction, there would be two forces acting on the book: gravity and normal reaction of the table and the balance of these forces and torques due to these forces would prevent the book from falling over the edge of the table.

The diagrams below show how the distribution and balance of these forces are changing, as the book is being moved over the edge of the table. 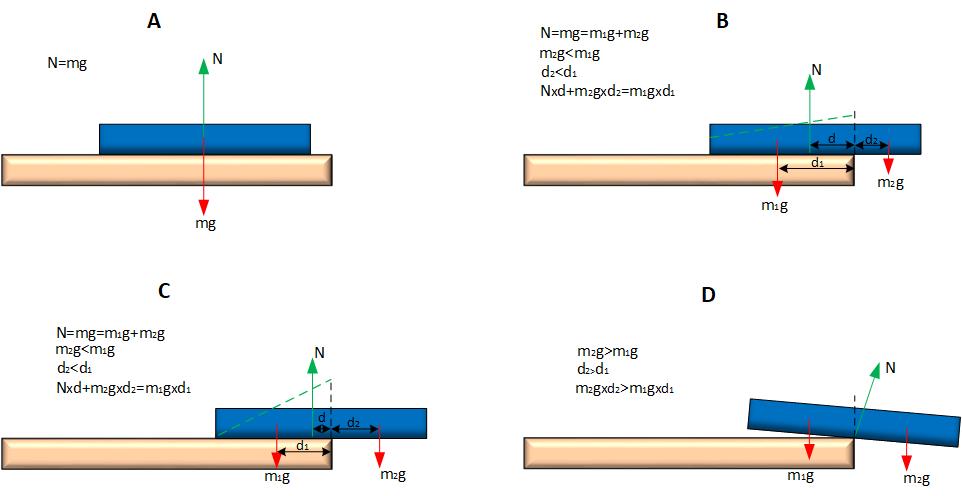 A. The book is away from the edge. The normal reaction force, $N$, is equal to the force of gravity, $mg$.

C. This is just a progression of the movement, with the normal reaction force moving even closer to the edge.

0
Normal Force on an object hanging over a cliff

1
Does the work done by a person equal the work done on the object in this situation?
8
Newton's Third Law As Discussed in Den Hartog's Mechanics
0
Newton's Third Law for Normal Force
3
Condition for book falling off edge of table before it begins slipping
4
Normal force vs reaction force
1
Torques when on a bicycle
0
Block on a horizontal surface being pushed against a wall
0
A meter stick of length $L$ is set on the edge of a table. What would happen if I chose the pivot point as the center of mass?