Do symmetric angular velocities lead to symmetric axis of rotation observed in a fixed frame?

It has been observed that some insects with relatively small stroke amplitudes (such as mosquitos) take advantage of a translating axis of rotation to generate lift where insects with larger stroke amplitudes (such as house flies, or bees) do not Smart wing rotation and trailing-edge vortices enable high frequency mosquito flight - Bomphrey et al. 2017 (see figure 1d).

I'm working on a similar problem, where I need to first verify if simpler wing angle kinematics might result in similar motion of the axis of rotation observed by Bomphrey et al. 2017. They observed that in a fixed frame of motion, the axis of rotation traveled from the leading-edge of the wing to the trailing-edge during the pronation period of the wing motion (see figure 4a). By simpler wing kinematics I mean stroke $\phi$ and pitch $\psi$ angles defined below. These are defined using the same axes from Characterizing Mosquito Flight Using Measurement And Simulation - S. Iams 2014 (see figure 43). I've also included a plot of these angular positions and velocities I made using MatLab.

Bomphrey et al. 2017 did not specify how they defined the axis of rotation, so after some thought I've come up with the following method as a workable option. Consider the vector $\vec{p}$ defined in the plane of the wing in the relative frame. The radial position $\vec{r}$ is a constant, and I will be considering different chordwise positions $\vec{c}$ but still keeping them constant over time.

To get the equation for the velocity of point $\vec{p}$ in the global frame, I use the classical transformation.

The velocity of point $\vec{p}$ in the global frame is given below.

Finally, I determine the location of the axis of rotation by identifying the chordwise location $\vec{c}$ where the magnitude of $\vec{\dot{p}}$ is $0$ or minimum, here the magnitude is $\sqrt{(r^2+c^2\cos^2(\psi))\dot{\phi}^2+4c^2\dot{\psi}^2+2cr\sin(\psi)\dot{\psi}\dot{\phi}}$. Using this method, I think I can predict that location of the axis of rotation should also be symmetric in the half-stroke (first half-stroke $0<t<0.5$, and second half-stroke $0.5<t<1$) but I'm not sure if that is correct, especially since I'm not sure if using the magnitude is the appropriate method to define the axis of rotation. I have plotted this on a contour plot for $r=1$ and $-2<c<2$, where the black curve is the chordwise location of minimum $\dot{\vec{p}}$ (highlighted in white between $0<c<1$ i.e. between the leading and trailing-edge). EDIT: I calculated a 4th order Fourier series for the curve on the contour plot and shifted it forward by $2\pi$ to see if it was symmetric, it turns out that it IS symmetric. I also shifted it by $\pi$ and negated, and it IS also symmetric under this transformation. In general though, the wing angle kinematics are not symmetric as in S. Iams 2014 as both angles have a some phase (see figure below).

To summarize my question, so as to make this clear and not just a discussion. 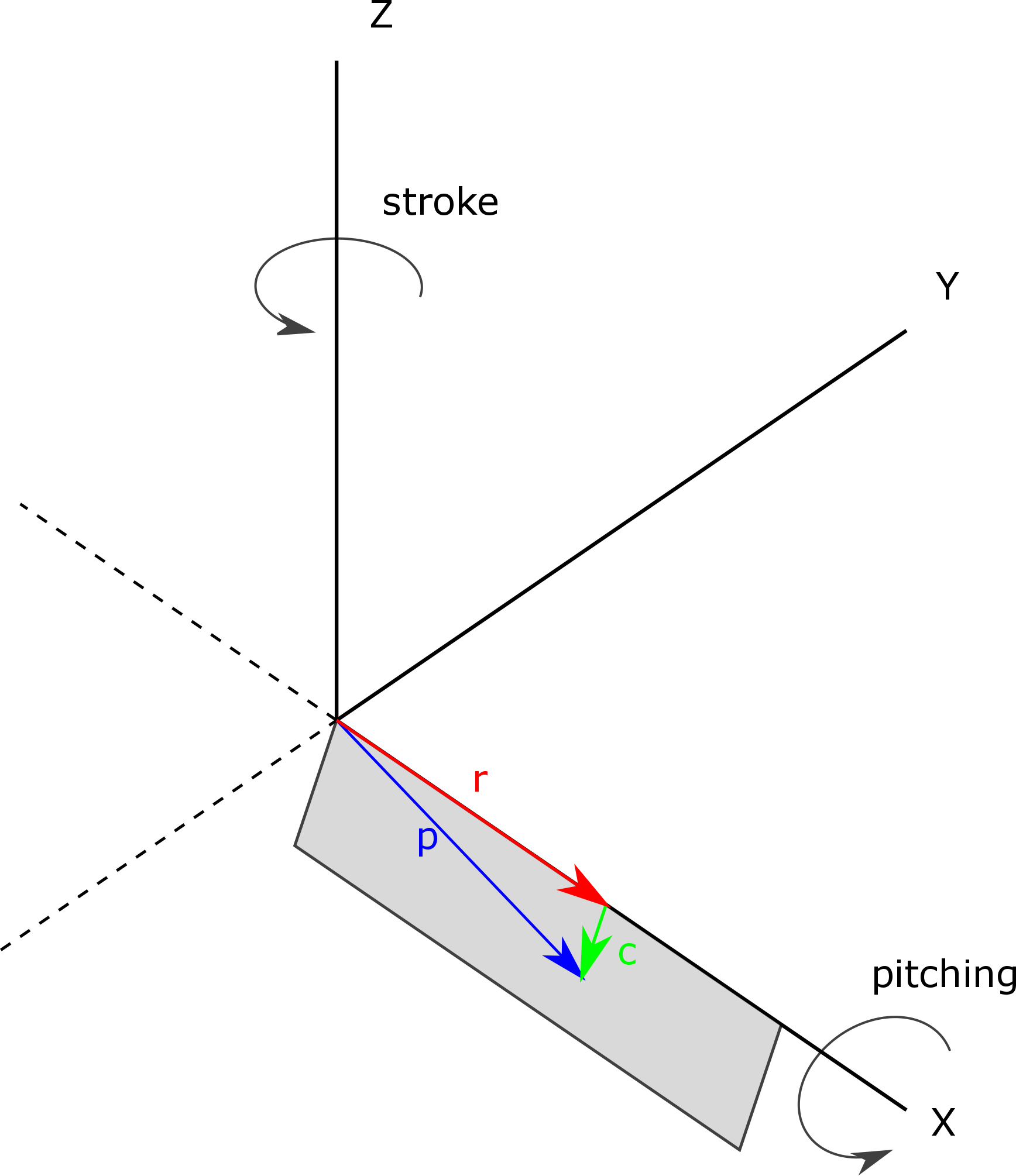 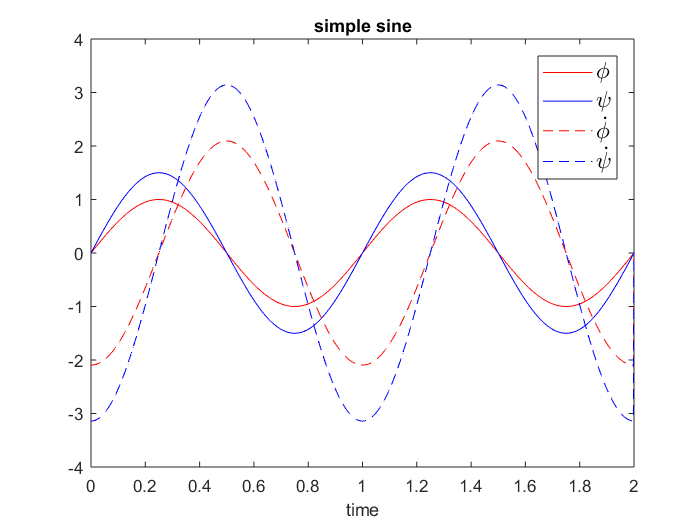 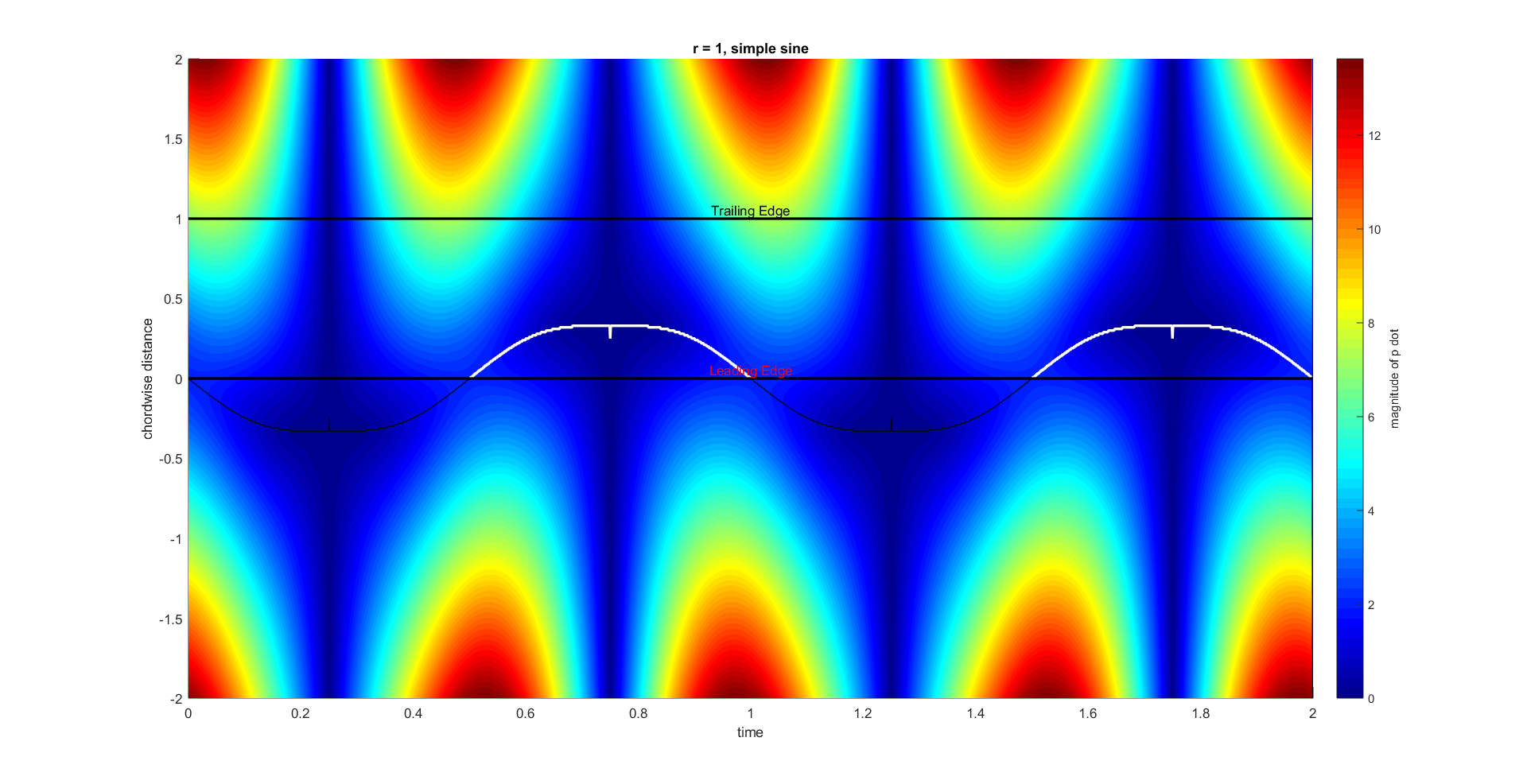 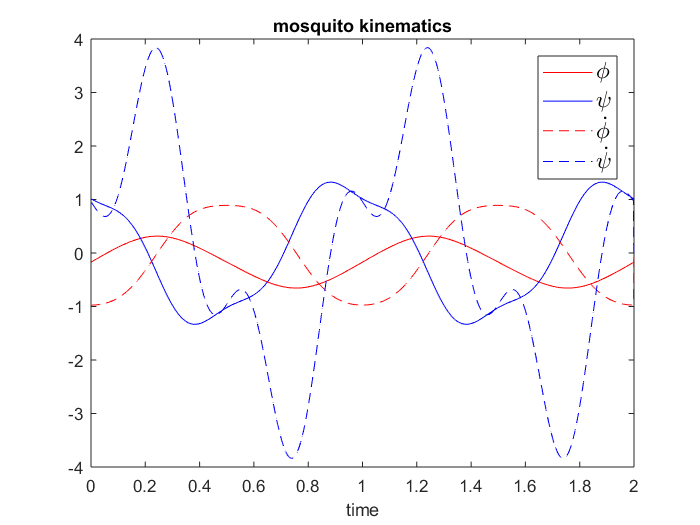 Browse other questions tagged symmetry rotational-kinematics biophysics angular-velocity or ask your own question.