How does a satellite take pictures when the surface seems to be always cloudy/white?

I've just opened ISS video on youtube for the first time, and I must say I'm underwhelmed. There are no oceans/landforms. It's all white everywhere. I'm a bit confused how the satellites can take pictures when the view from space looks like this ? Google maps has clear satellite pictures. Do they use some other frequency light that go straight through clouds ? 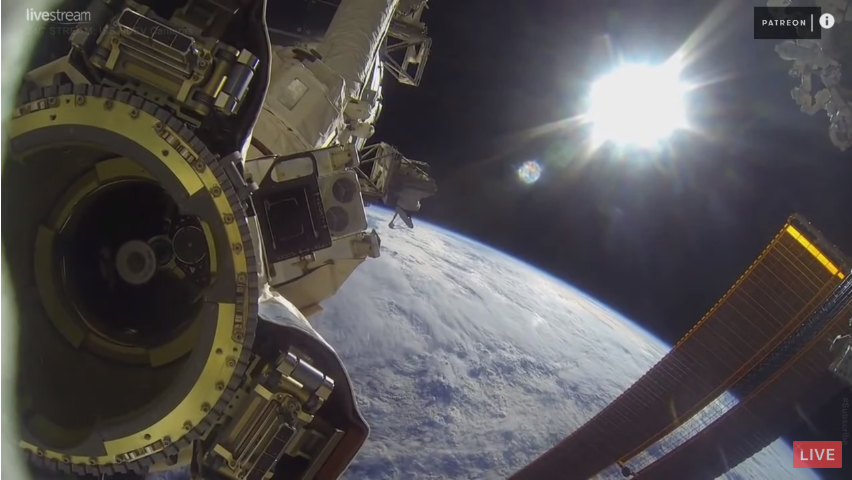 It is not always cloudy.

Google Earth and various other map and remote sensing image databases work on the basis of multiple images "pasted" together. When a particular area is clear on a particular pass, the satellite takes an image. This image gets added to the database. The collection of images you see on the web site is constructed from these images.

When new images of an area are collected, there is a process to decide if the new images are preferable to the old images.

The satellites (optical satellites) utilize the electromagnetic spectrum to bypass the opacity provided by the atmosphere, which are known as atmospheric windows. In these windows the Channels of the sensor can penetrate the atmosphere. For example, in the image below the atmosphere is basically transparent if the bands are selected accordingly.[

The optical satellites have Red, Blue, Green, Near Infrared channels for observations which are readily transmitted through the atmosphere. Optical satellites cannot see through "clouds" thus proper cloud masks are generated. For example see the image below. Here the clouds obscures the ground information, but you can see the shadow of the cloud, using which the height of the cloud etc can be determined.[ 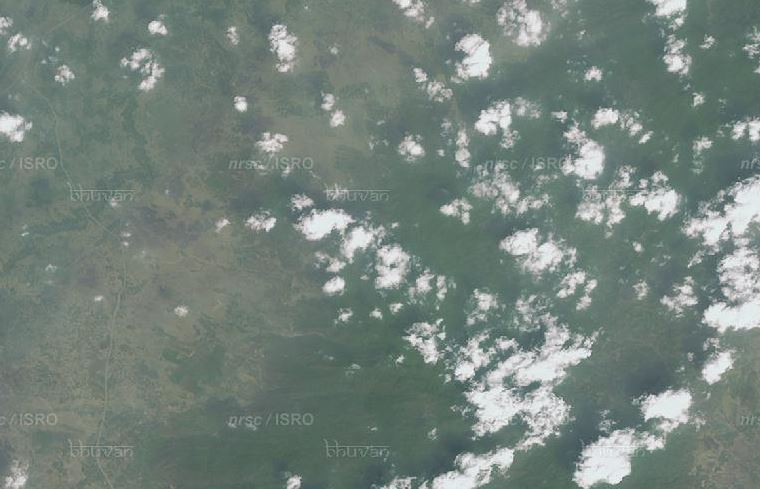 Whereas the cloud poses no challenge to the microwave satellites (Synthetic Aperture Radar Satellites) like Sentinel-1(European Space Agency), RISAT-1(Indian Space Research Organization) etc. Hence they are useful in mapping floods during monsoon or cloudy situations where optical satellites are not fruitful. For example, see the image below in which the flooded parts are mapped in blue, obviously microwaves can penetrate the cloud and see beneath.[ 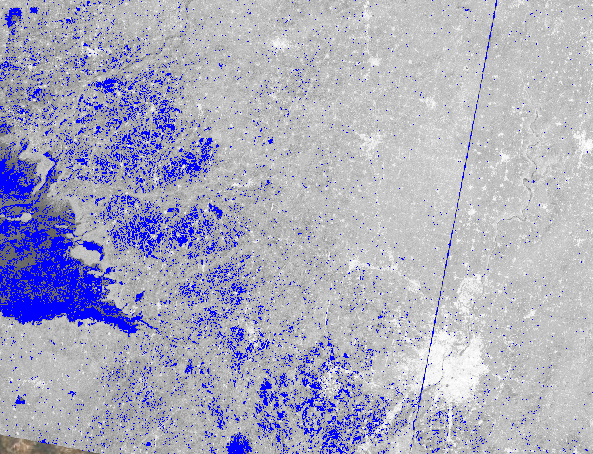 One of the first things that people noticed over 58 years ago when weather satellites first showed a view of the Earth from space was that the Earth is a lot cloudier than anyone had thought. On average, over 2/3 of the Earth is covered by clouds at any one time.

The odds of seeing an interesting view from the ISS at a random point in time are a bit slim. With ~2/3 of the Earth covered by clouds, ~2/3 being ocean, and only ~1/2 being well illuminated (i.e., daytime), you have about a 6% chance of seeing something interesting from the ISS if you're not willing to wait.

0
Does gravitational force on a satellite only change the tangential velocity of the satellite?
1
What is orbit that could place satellite to be always under the Sun?
11
How does a satellite maintain circular orbit?
1
Does a non-rotating satellite always show the same side towards the main body?
1
How to visualize the frequency of a satellite?