Can the origin of mass or inertia depend only of the gravitational field of matter? [closed]

The gravitacional field is directly proportional to mass or inertia. It doesn't have another property or field like this, with this power.

I think that when we apply a force to an object, the resistance we feel is due only to the inertia of its gravitational field, and not to its material aspect. Consider for this that a star can lose all its material aspect to become a black hole of sheer gravity.

It may be that the equivalence between inertial mass and gravitational mass exists only because the gravitational field in these two cases is the same.

But if this is a true, then the idle energy required to produce a gravitational field as that found in a material object is E = mc², where m is the mass of this object. So everything is essentially gravity.

Did I make a mistake?

Yes, in my opinion, it appears to be the case but this likely is not mainstream view and you may see some down votes for this answer without any reasoning -

Inertia and gravity are same at fundamental level.

Inertia - A body due to its mass (energy), creates a dip of space around it. That dip makes a force be required to make a change in state of the body. Hence causes inertia.

Gravity - Same dip (curve) due to mass (energy) of the body manifests as gravity for other bodies.

So, their origin is same and that is curving of space.

Inertia is nothing but gravity of the body acting on itself against any change of state. Therefore gravitational and inertial mass are same.

My view is that gravity and inertia are same phenomena. They are two sides of same coin.

Curving of space by mass/energy of a body manifests as gravity for other bodies.

Same curving of space manifests as inertia of the body, when we try to change its state of rest, or uniform motion.

gravity is measure of coupling strength of a mass to a known gravitational field.

Inertia is measure of coupling strength of a mass to its own gravitational field. 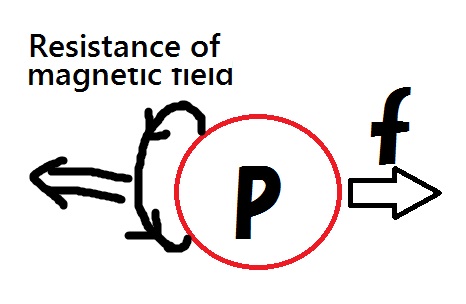 I will consider gravity just like this.When an electromagnetic wave is irradiated on a substance, an electric field is generated on one side.Because substances are made of protons and electrons, no force will be generated as it is.If the substance is charged to a weak positive, a weak electrical attraction acts on the electric field generated by the irradiation of electromagnetic waves.I do not know by accident, but all the substances on the earth are charged to a weak positive.

Schumann resonance is a low frequency radio wave that exists anywhere on the earth.Radio waves of 7.83 Hz have characteristics that it is difficult to shield.It passes through a rock with a thickness of dozens of kilos.The difficult property of shielding is the same as gravity.

Gravity in outer space has another mechanism.Are you interested?

Not the answer you're looking for? Browse other questions tagged gravity mass mass-energy inertia equivalence-principle or ask your own question.