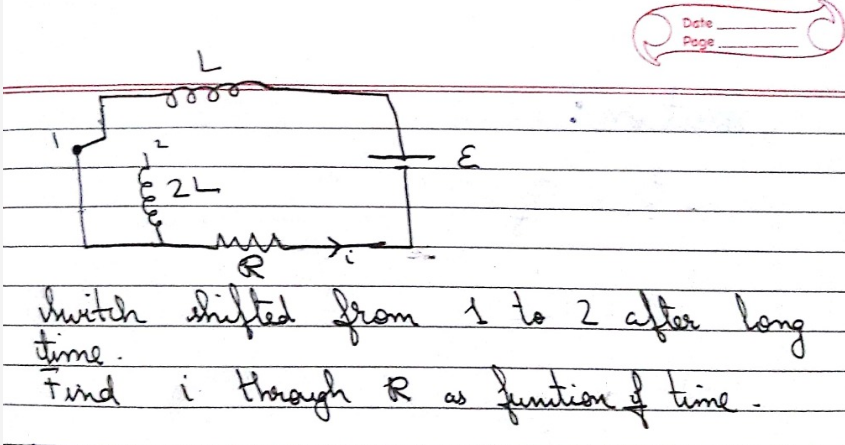 But, I really didn't understand why the flux should be conserved in this case i.e. why $\phi_i = \phi_f$. I would like to know about this concept and the reasons involved.

$\phi_i$ and $\phi_f$ are the total flux in both inductors immediately before and immediately after the switch is shifted?

A better arrangement would be as follows the reason being that at no time will there be an open circuit as the switch position is changing? 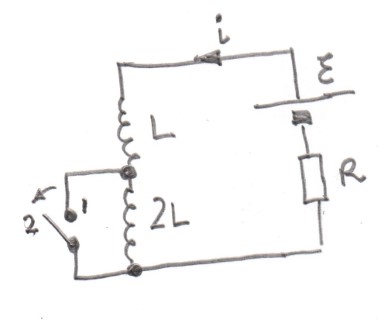 The right loop consisting of the two inductors, the cell and the resistor has a magnetic flux passing through it $\Phi_{\rm i} = L \,i_{\rm i}$

You may wonder as to the origin of the magnetic flux linked with the circuit.
Some time ago I was trying to explain Faraday's law and why two turns produced double the flux linkage than one turn.
Being unable to draw a satisfactory sketch of the area through which the magnetic field was passing I hit on the idea of using a soap film to represent the area.

There is an equivalent circuit for capacitors which perhaps is intially easier to analyse? 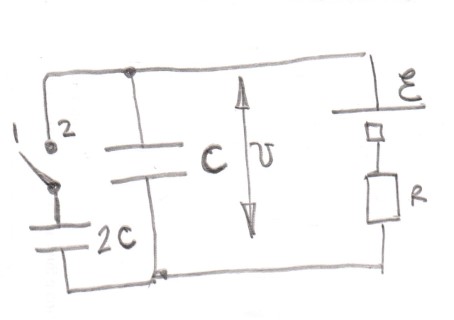 In this case it would be charge which is conserved and on moving the switch to position 2 the initial voltage across the two capacitors would drop to $\frac v 3$.

Note that in both case energy is not conserved

Not the answer you're looking for? Browse other questions tagged electromagnetism electric-circuits electromagnetic-induction inductance or ask your own question.

0
Current in circuit after joining two inductors with different currents through them
0
What are the basic rules governing the workings of an Inductor?
0
Why is there a sudden change in current between $t=0^{-}$ and $t=0^{+}$ when an active inductor is connected in series with a relaxed inductor?

7
How does an inductor store magnetic energy?
0
Currents in circuits
0
Not understanding inductor behaviour in RL circuit
0
Why is there a sudden change in current between $t=0^{-}$ and $t=0^{+}$ when an active inductor is connected in series with a relaxed inductor?
0
Inductors problem
5
Inductor and Capacitor in Parallel
1
Transformers and basic inductor physics