The reason I'm asking this is because I am trying to develop a set of notes from my reading of MTW (and Wrede, Menzel, Bergman, etc.).

I have no way of concisely summarizing my understanding of these concepts. Every author has a different approach to developing the fundamentals of tensor analysis and differential geometry pertinent to applications in physics.

For example, Menzel and Wrede use dual covariant/contravariant basis vector sets. The MTW school uses covariant basis vectors and their dual basis 1-forms. I understand that basis vectors and basis 1-forms are intended to induce conceptually different notions in the student's mind. As I understand these, the (covariant) basis is represented as an arrow because that depicts the distance along one coordinate curve between points of intersection with other coordinate curves. That is, the distance between "lines" of the coordinate mesh.

Basis 1-forms represent the "density" of intersecting coordinate curves. So an arrow representation is misleading. By this reasoning, depicting the gradient with an arrow is misleading because it is actually a 1-form which represents the density of surfaces of constant value. (There is, however, a signed normal direction to each such surface.)

Contravariant basis vectors are typically concocted in some way to support transformation invariance.

But, to me, basis 1-forms and contravariant basis vectors appear to represent the same commodity with different labeling. For example: if we denote the dual basis 1-forms by $\omega^{j}$, then

No, the reconciliation between the old and "new" concepts must be complete.

The 1-form dx is not the same as the infinitesimal dx, as you know. In this context it is considered not a 'number', but a member of the cotangent space $T_p^*$.

Introducing the 1-form concept removes the problems involved relating to attempting an intuitive understanding of the idea of 'infinitesimally small' changes $dx^i$ in the coordinates $x^i$.

In order to derive the gradient of a function $f(x)$, (as the usual example), the "old" teaching method required the consideration of an infinitesimally small change in $x'$, call it $dx^i$, followed by finding the corresponding 'infinitesimally small' change in $f$, call this $df$ and divide them, to get $ \frac{\partial f}{\partial x^i} $.

This is not a very rigourous setup, requiring "faith in the system", but, as explained by Michael Spivak :

To your point in the comments:

It's far more than notational differences, it's a complete conceptional distinction that was developed at the start of the last century. Entities such as exterior derivatives, the generalised version of Stokes Law, and many more concepts are developments arising from going the 1-form route.

Looking at the solutions to GR equations made me appreciate (in every sense of the word) the usefulness of the 1-form treatment, try this yourself:)

Are $i$ and $-i$ identical? Are left and right, clockwise and anticlockwise identical?

Gravitation and Inertia Ignazio Ciufolini & John Archibald Wheeler" pages 416-417. 1-forms and covariant vectors are defined as synonymous. of the transformation law for 1-forms they state ”This is just the coordinate dependent definition of a covariant vector."

The answer is: yes, the basis 1-forms and contravariant basis vectors typically used in physics are identical objects. Any distinctions involve notational differences, particularly in how they are used in binary operations. Most significantly; when the basis 1-forms are written as coordinate differentials $dx^i$ and are used as the projection operators mapping vectors to their individual components, we have the defining characteristic of a basis 1-form:

In addition, both types of object transform by the same contravariant transformation law.

Edit to add the following references: 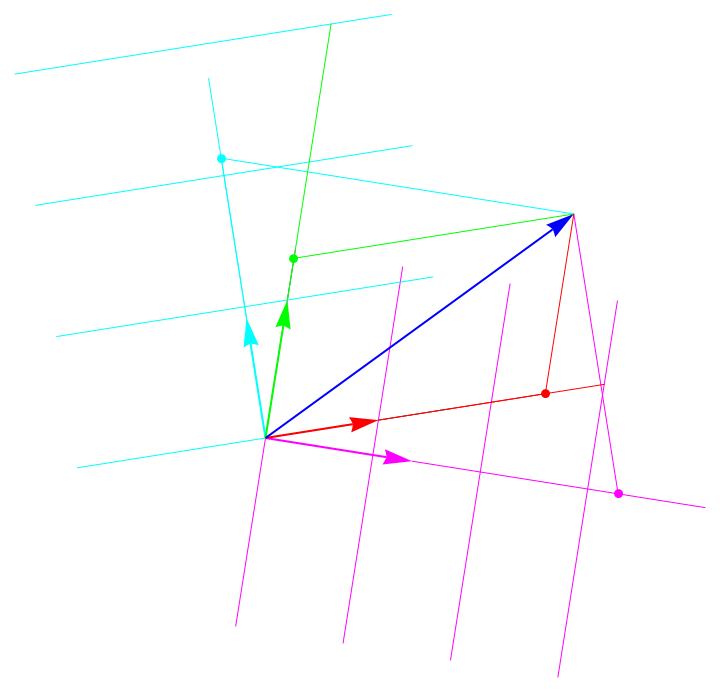 The second image depicts a vector "resolved" onto the covariant basis in terms of both covariant and contravariant components. This requires some scaling which is described in Theoretical Physics, By: Georg Joos, Ira M. Freeman 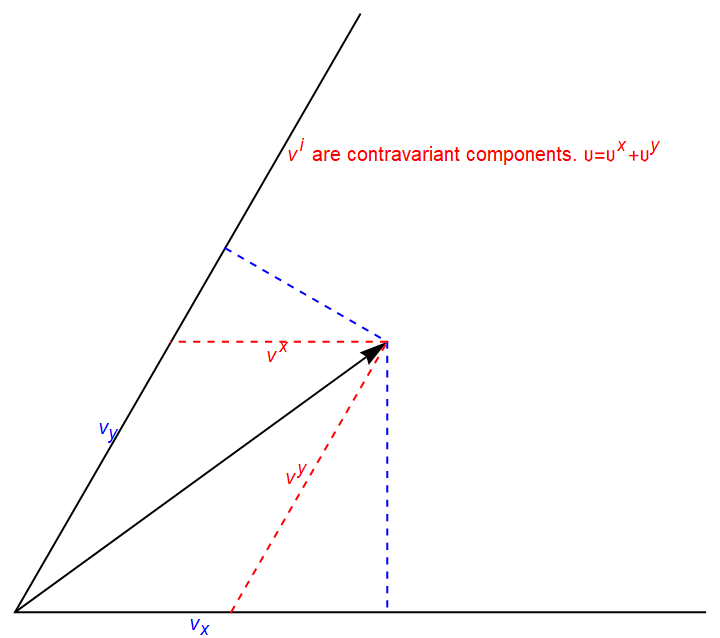 Edit to add: The following image shows equivalent forms of a the component matrix associated with a change of coordinate induced bases. It is by no means exhaustive. It would be too much effort to translate it from Mathematica to LaTeX where I produced it. Of course, one needs context in order to expand the single row and single column forms to show their equivalence with the other forms. 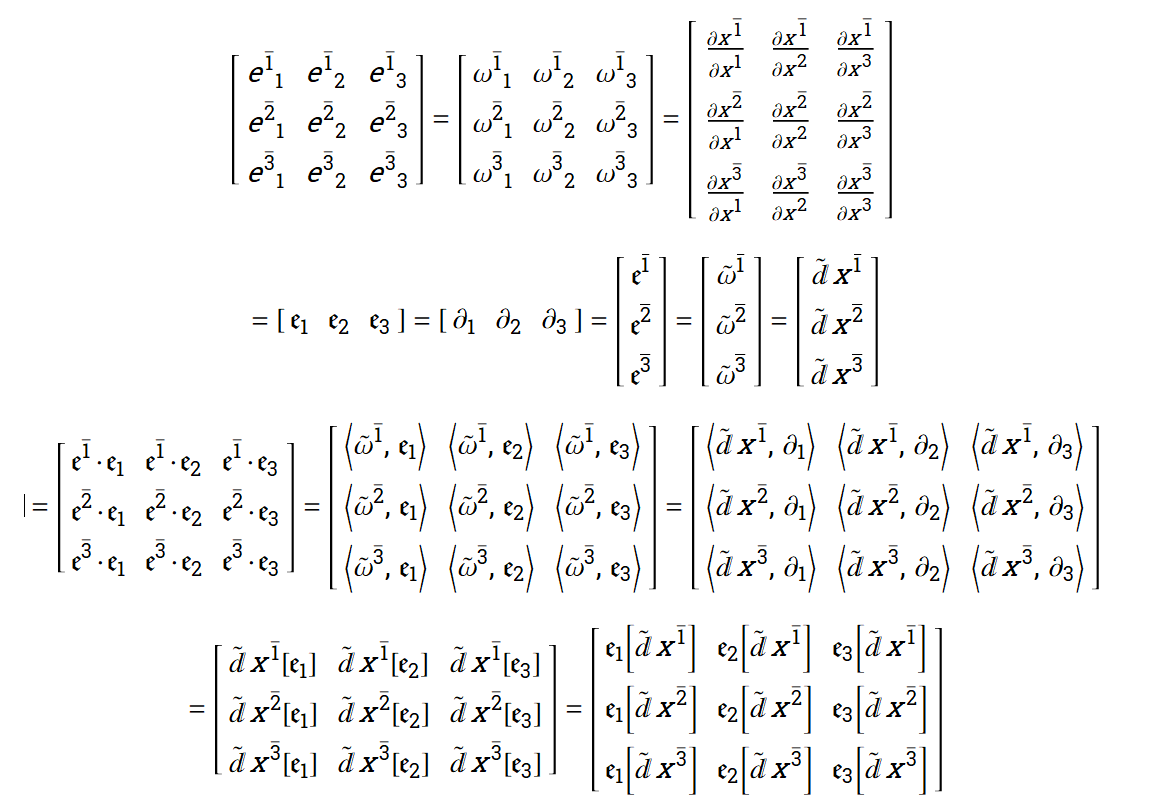 Not the answer you're looking for? Browse other questions tagged differential-geometry vectors tensor-calculus conventions or ask your own question.

2
Point particle with a magnetic dipole?