Why do I see a saddle in this picture of a computer screen?

I am not entirely sure this is an appropriate question for PSE, however since many of you have such diverse backgrounds, I'll give it a shot.

I have noticed that when one takes a picture of a computer, TV screen with a phone, you can "see" what looks like a saddle phase portrait. 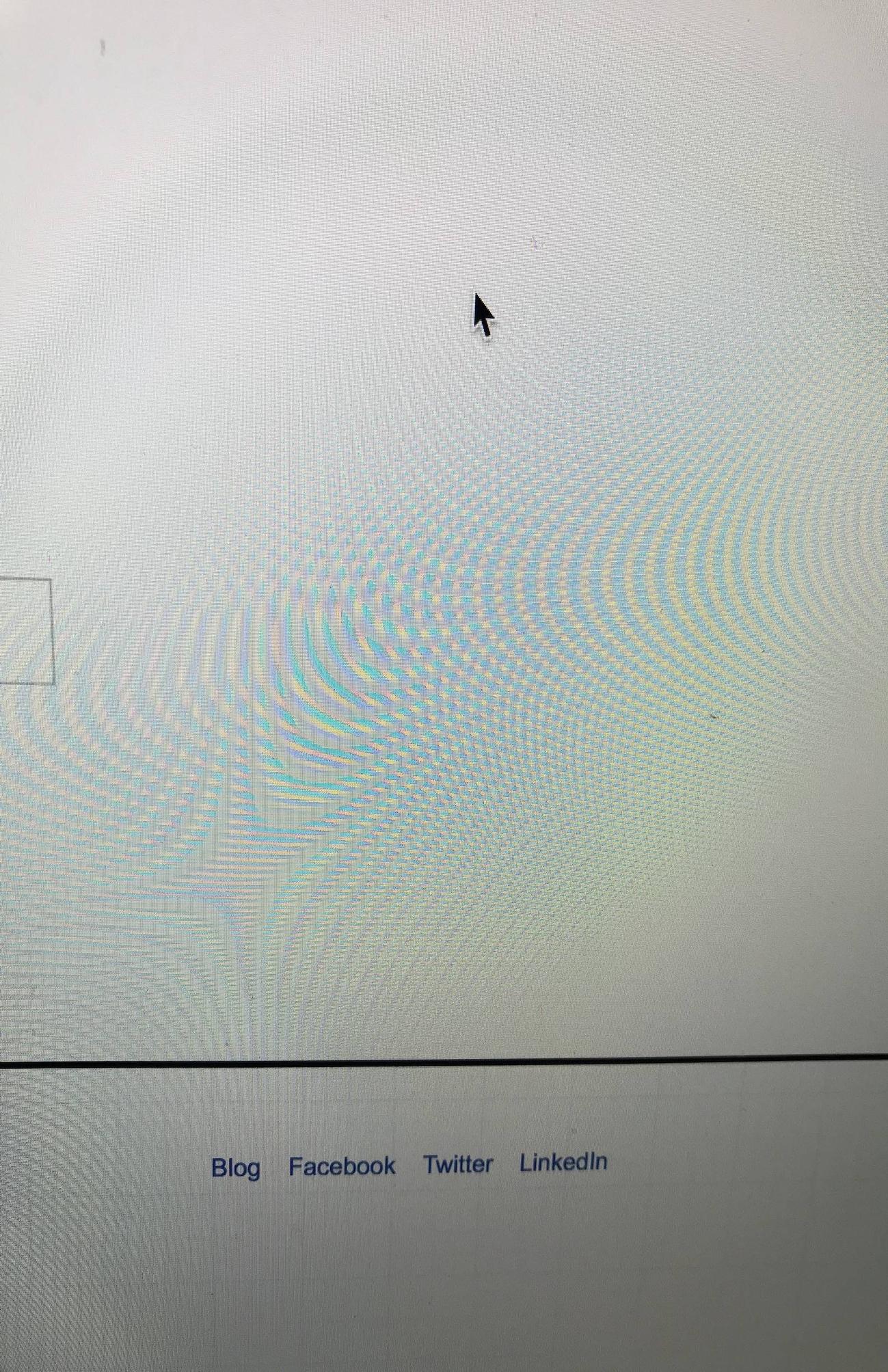 Why does this happen? Does it have any relevance to differential equations or other areas of math?

The departure of the pattern from straight lines is likely due to a slight deformation away from planarity in the screen. You can test for this by keeping the camera fixed on a tripod and mildly flexing the screen with your fingers, upon which the saddle pattern should shift slightly.

Edit: As pointed out in the comments, the saddle pattern could also be caused by distortions caused by perspective as well as by the camera optics. The fact that similar hyperbolae appear in this related question, involving only straight grids at an angle, provides a good deal of support for the perspective-effect explanation.

seems to contain relevant results for your case.

The issue is that both the screen you're taking a picture of and your camera's sensors are discrete: they are made up of pixels and those pixels don't always line up.

For example, if the pixels on the screen are slightly smaller than the camera's pixels, then each camera pixel will pick up a screen pixel plus a little bit of the next pixel. As you go from one camera pixel to the next, the camera will be picking up less and less of the "current" pixel, and more and more of the next, until it is centered a pixel ahead.

This will cause the camera to show periodic patterns as screen pixels go from being centered to not and back again. Where the curves come from is the fact that the period (the number of pixels to get centered again) is constantly changing because the distance between the camera and the screen is different for different parts of the screen, so the apparent size of the screen pixels (and therefore the relative size between screen and camera pixels) is changing.

As others have said, this is a moire pattern, for which there are good references on the web such as the moire pattern wikipedia entry. More specifically, the r,g,b contours you see are a shape moire (that is, a magnified distorted image) of the r,g,b scanlines of the computer screen in the photo.

The interesting part of this question to me is "why a saddle?", which I don't see answered elsewhere, so that is what I'll investigate in this answer.

The OP's photograph looks to me like it has several different instances of the saddle phenomenon overlayed on each other, making it difficult to sort out what's going on. So I took my own photograph of my computer screen using my phone's camera, and was able to get a cleaner view of what's happening, which I can inspect at the pixel level to see what these contours are really made of. I included on the computer screen a small test pattern of fully saturated colors, to help identify which aspects of the picture were due to the computer screen and which were due to the camera. 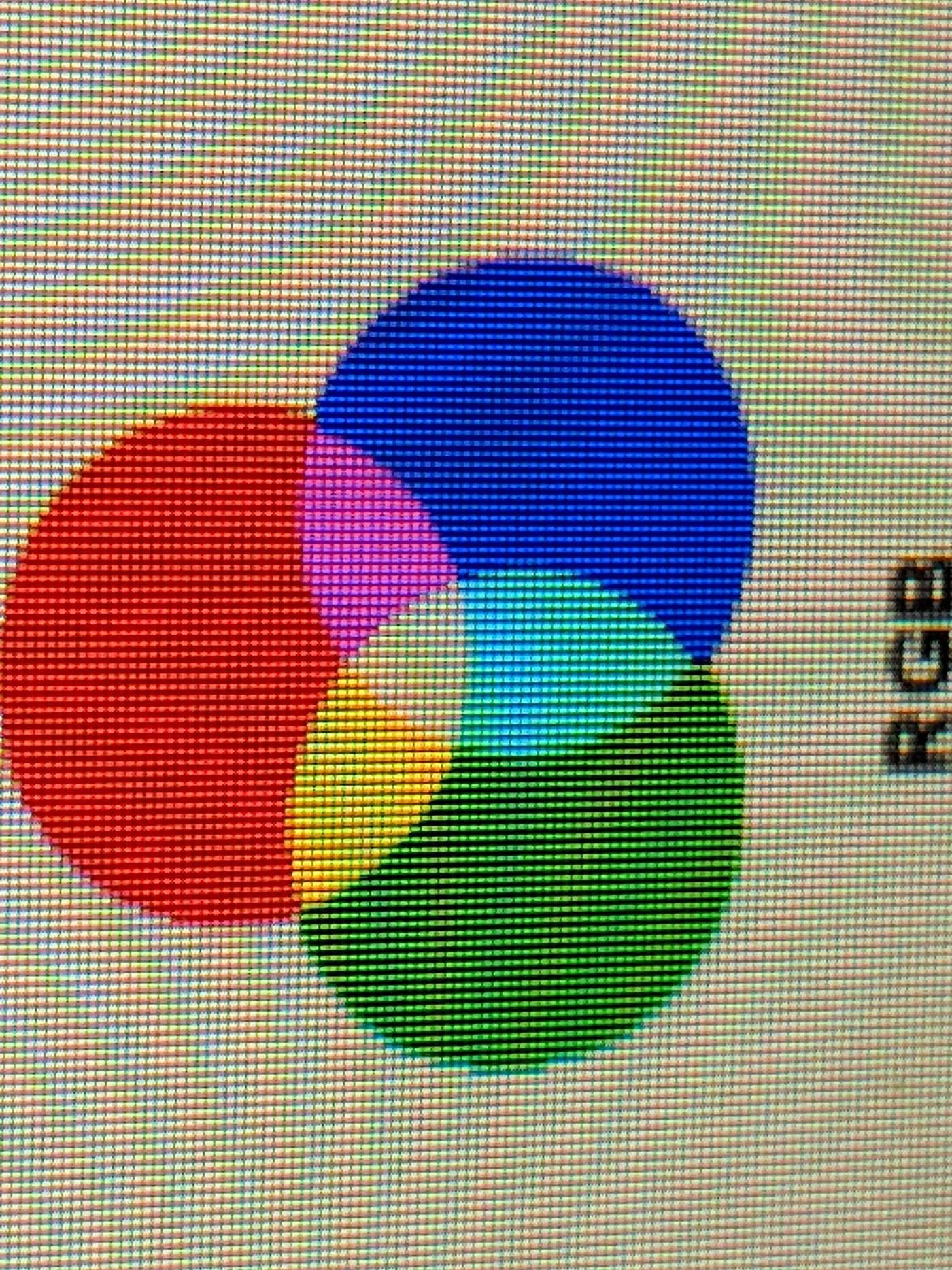 Scrutinizing this photograph, what I see is, roughly, two grids:

The correspondence between the two grids is, of course, a perspective warp. To get more of an idea of what this warp is like, we can inspect the photo some more, and identify that, near the top-left of the picture, the almost-horizontal lines of the luminance grid are sloping slightly downwards with respect to the rgb grid:

and near the bottom-left of the picture, they are sloping upwards instead:

So, roughly halfway between top and bottom, the slopes of the two grids' more-or-less-horizontal lines have exactly the same slope, so the interference pattern seems to go away along that line. This is the first point in the investigation that I can start to make out where the saddle shape is coming from: that horizontal line of stillness is in fact the horizontal "axis" of the saddle shape, at which the interference behavior has slowed to zero and in fact reverses, in a sense.

And, evidently, there is a second reversal going on too: the other, more-or-less vertical, "axis" of the saddle. What's going on there? The answer is that it's where the two grids have exactly the same spacing between horizontal grid lines. To the left of that axis, the rows of pixels are spaced farther apart than the rgb scanlines; to the right of that axis, they are closer together.

Okay, now maybe we have enough understanding to be able to recreate the phenomenon in a simulation.

Here is a picture of rgb scanlines, and another picture of a pixel grid. Only one of the pictures needs to be perspective-warped with respect to the other, so I chose to warp only the rgb scanlines. I chose the warp in such a way as to recreate roughly the same arrangement as in the photo: that is, 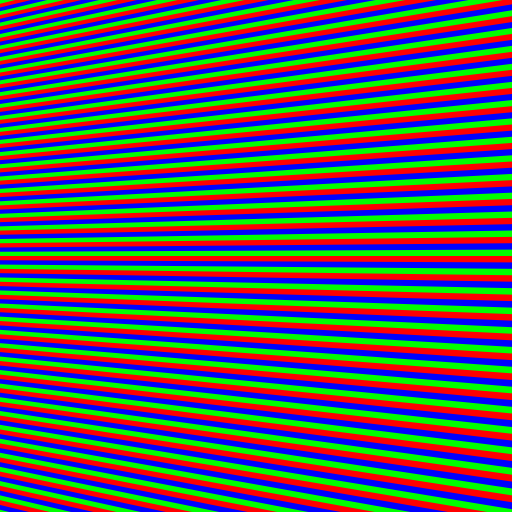 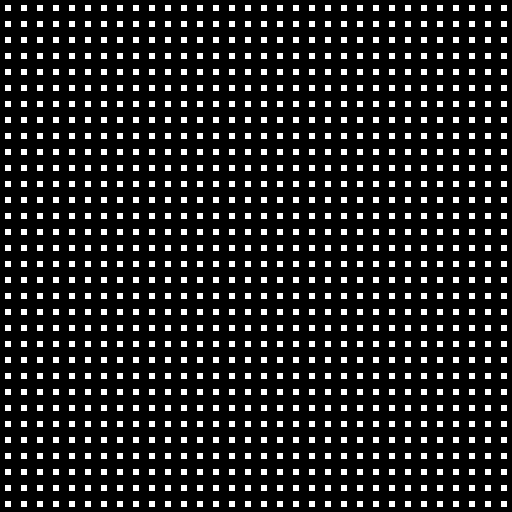 When we overlay the two pictures, the saddle appears, as expected: 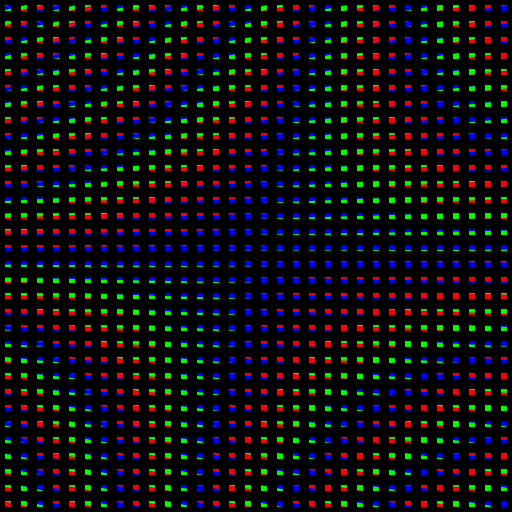 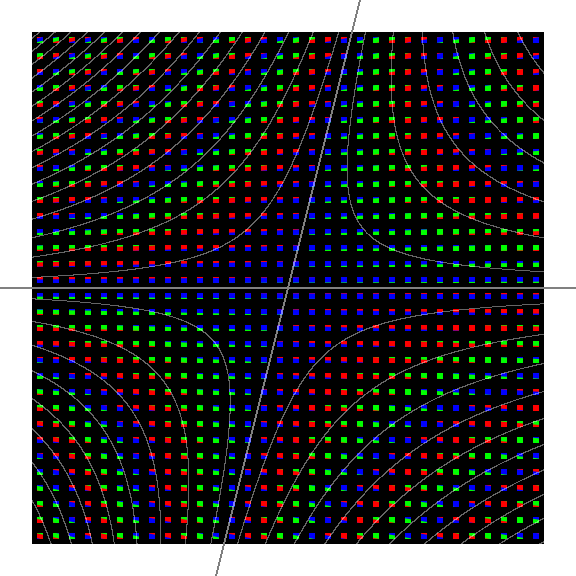 Notice that the same kind of saddle shape appears in the contour curves of mathematical functions such as $z = x y$; these saddle-shaped contour lines are hyperbolas. The saddle shapes we see here are perspective warps of the contours of $z = x y$; therefore they too are hyperbolas (or other conic sections such as parabolas or elliptical arcs or circular arcs, but I don't see how those could manifest here).

In summary, saddle shapes (more specifically, hyperbolas) are what you get as colored contour lines of interference when a rectangular grid of pixels is overlayed on a picture of rgb scanlines such that the correspondence between the two pictures is a perspective warp, as is the case when you take a photograph of your computer screen with your phone. 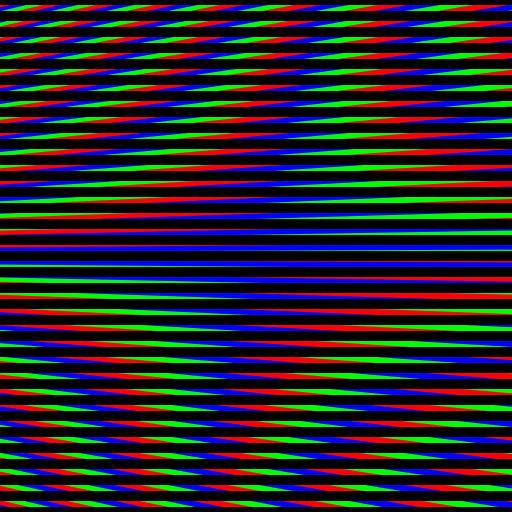 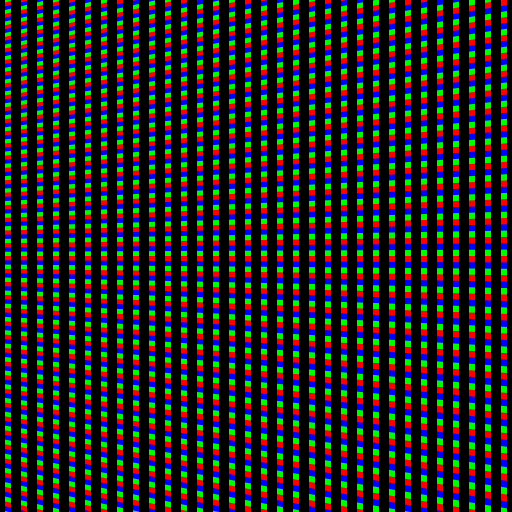 Not the answer you're looking for? Browse other questions tagged optics differential-equations or ask your own question.

20
Why are diamond shapes forming from these evenly-spaced lines?
0
Why there is following pattern?
1
Why hyperbolic shapes of colour distortion in this image?
22
Newton's rings: What causes the other rings?
11
Pattern in scaled down image of very close lines
6
Took a picture of my laptop screen with my iPhone. The yellowish pattern in the image look like magnetic lines. How is this possible?
1
Why light rays gets scattered when it enters a translucent window pane?