While fidgeting with a pair of reading glasses, I noticed a strange reflection pattern (shown in video and photo).

I would appreciate it if anyone that knows more about this could help me figure out why there were eight dots in the reflection instead of four, and why there were different colors when all the light sources were an orange/yellow/warm color.

There were eight dots in each frame, four orange, four green. They made a cube shape, each one of the dots being a corner of the cube. The same image could be seen in each frame, and if I focused my eyes it looked 3d.

The picture below shows the light source that the reflection came from, just four ordinary ceiling lights. I know it couldn't have been anything else because it was night, and to test this I turned off all other lights and it was still there. In fact it was then even brighter. I looked into the glasses again in the morning, the effect was still there. 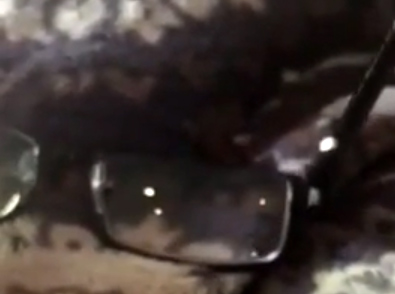 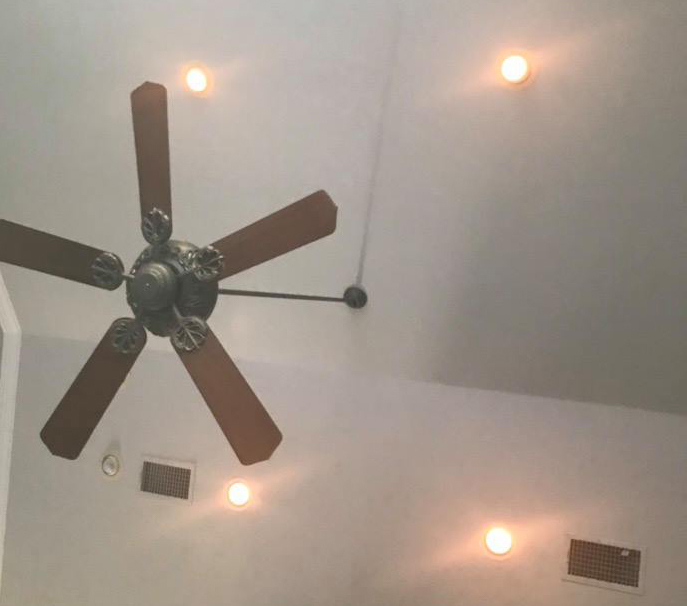 Think that it's just the reflection of the four lights off your glasses, with one set of four reflections being due to the lights directly reflecting off the glass surfaces. The other four reflections are probably due to the remaining light passing into the glasses and then reflecting off the rear glass-air surface that it encounters when it tries to exit the glass. The fact that the reflections have different color tints may be due to an anti-reflection coating on the glasses, which causes some colors to be reflected slightly more strongly than others, or due to a slight tint in the glass itself. See diagram below. 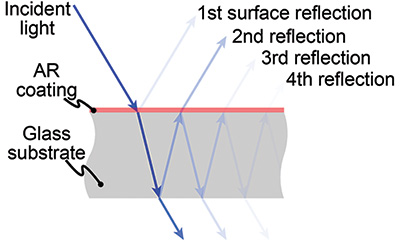 Note that according to the diagram there should be more reflections than the eight lights that you noted in each glass lens because the light continues to bounce back and forth inside the glasses. If you look closely, you may be able to detect another set of four reflected lights due to the "3rd reflection" shown in the diagram. The 4th reflection and higher may be too faint to see, though. 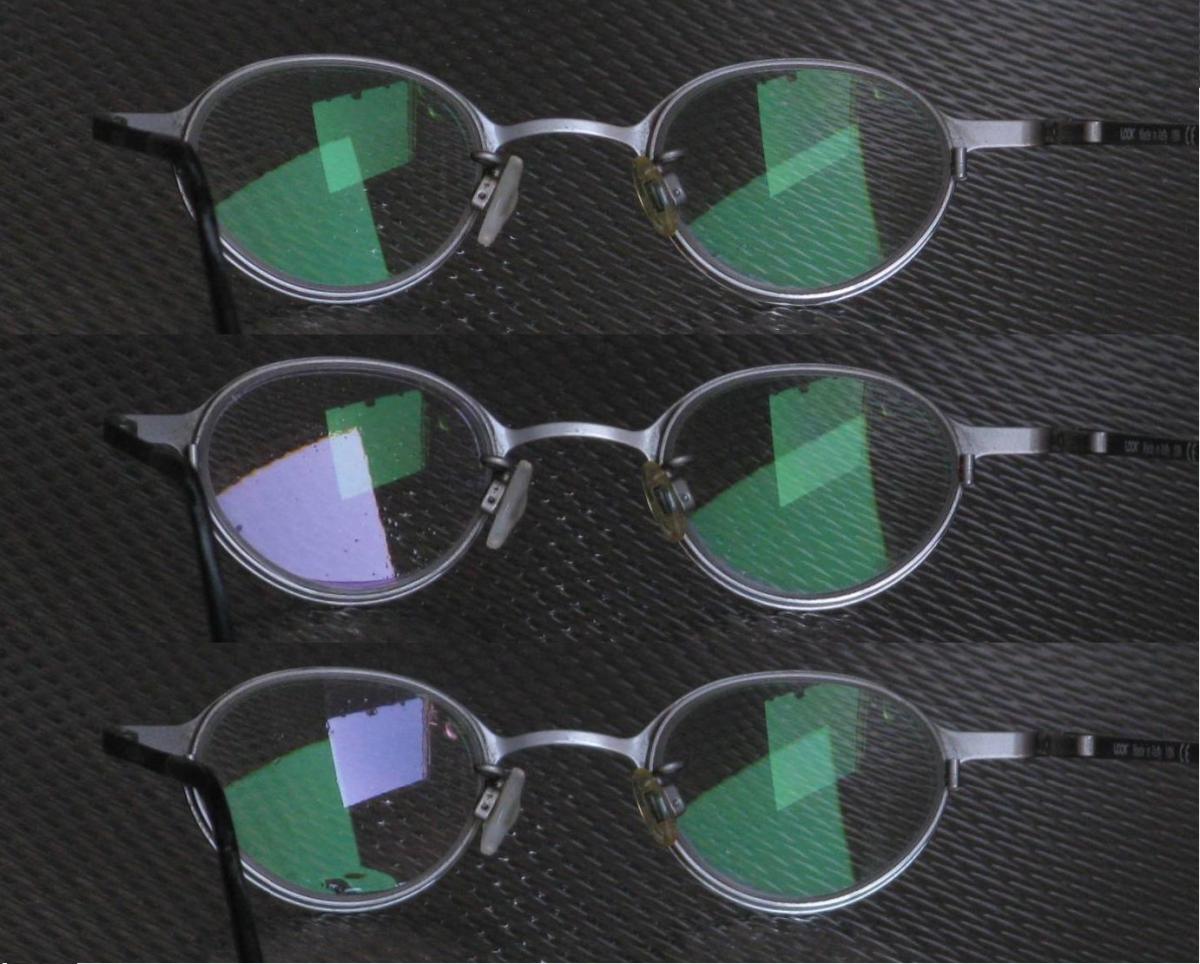 The colors are due to antireflection and/or anti-abrasion coatings on the lenses. The doubling of each light image is due to internal reflection from the lens surfaces. The 3D effect is due to the fact that the lens surfaces are curved. If you look at the reflection of a light in a Christmas tree ball, you will see that the image is reduced. That explains the fact that you see a reduced image of all four lights in the first, bright, reflection. You also see a dimmer version of the four lights due to light passing through the front curved surface, being refracted by that surface, then being reflected by the curved back surface of the lens. That second reflected image is further altered when it is refracted in passing back through the front curved surface. The resulting distortions are complicated, but they amount to the first set of light images and the second set appearing to be different sizes and at different depths.

It is difficult to come up with an exact explanation without the glasses right in front of me, but I think I can make a couple of conjectures about what is going on.

I didn't really see any color difference between the different reflections when I watched the video, but I take your word for it that they are there. I suspect that any differences in color of the reflections is due to chromatic abberation - different colors of light get reflected differently in extremely thick lenses.

You also mention something along the lines of "how can the dots have green, blue, etc. when the lights on the ceiling are clearly white/orange?" I'm sure you know that white light (even if it has an orange tint like your lights) consists of all the colors of the spectrum. It may not be obvious to your eyes, but those lights in your ceiling have all of the colors of the rainbow in them. They appear orange-ish white because they have an excess of red and orange. The dots probably appear different colors because different colors get reflected in different directions in rather thick lenses.

Lastly, you refer to a 3d effect. I see it as well in the video. This is somewhat of an optical illusion based on how the dots move around as you move the glasses around.

0
Some sort of light reflection
149
Why does a mirror split my laser beam?
3
What is the mechanism behind the halo around LED lights?
6
Did diffraction bend this light more than 90 degrees?
0
Color reflection depending on its spectrum
55
What is this wavy light coming through my blinds?
3
Strange Interference under monochromatic light
0
Are radiance and luminance really independent of distance to observer?