Does Stephen Hawking not believe in Negative movement? [duplicate]

Possible Duplicate:
Is it possible to go back in time?
Is time travel possible?

According to Stephen Hawking, time travel to the future is not only possible but proven, however time travel to the past is impossible, however this doesn't make sense. It seems to me that an extension to Newtons laws of motion could be that there is something opposite of motion which exists in the universe. The concept is that the universe (or a universe) is ending, and sort of crunches itself up, this would result in negative motion, which in theory would result in backwards time as well. He believes it's not possible because of the crazy scientist theory, where a scientist uses his vortex to kill himself in the past, so who shot him? Well the answer to this is very simple, the scientist would require a dieing universe to perform the time travel, and he himself would have to be in it for him to travel through time, therefore, he wouldn't survive, as he would perish inside of the dieing universe, and never get the chance to shoot himself. Also, he had a party, where future scientists were invited. He wrote up a invitation which would be preserved through time for his future guests. However, his experiment isn't all that swift, because, a number of things can go wrong with his invitation over time, which would mean his "party people" would never arrive, because they never received the invitation. It's kind of like those that say the infinite universe is impossible, because someone in this infinite universe would have blown it up, it just simply does not preclude the existence of the infinite universe, but that's another topic.

Does Stephen Hawking not believe in Negative movement?

Stephen Hawking does not believe that it is possible to travel into the past.

We are all travelling forward in time anyway. We can fast forward by going off in a rocket at high speed and return to find everyone on Earth much older or dead. Einstein's general theory of relativity seems to offer the possibility that we could warp space-time so much that we could travel back in time. However, it is likely that warping would trigger a bolt of radiation that would destroy the spaceship and maybe the space-time itself. I have experimental evidence that time travel is not possible. I gave a party for time-travelers, but I didn't send out the invitations until after the party. I sat there a long time, but no one came. 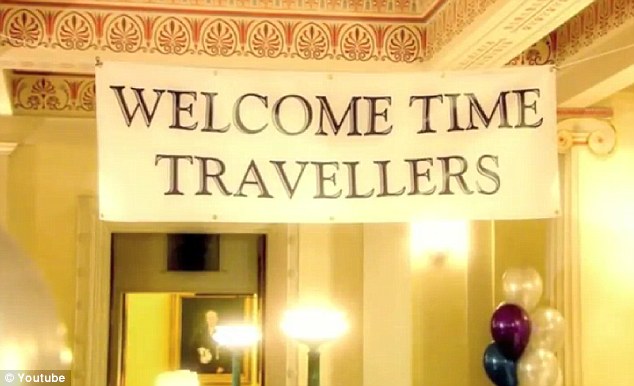 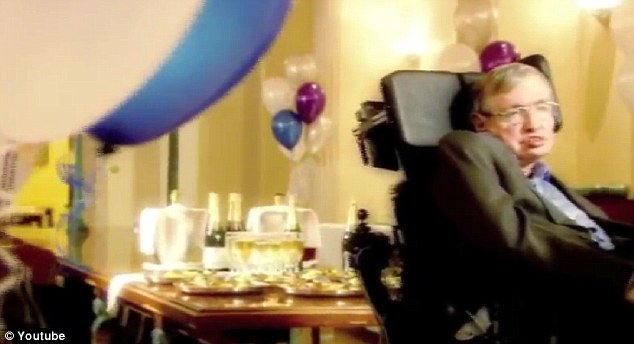 If I ever get a time machine, the first time and place I'll go to will be to Hawking's party. Before setting off I'll look up yestermorrows horse race results so Stephen and I can give all the bookmakers money to his favourite charity. It willan have on-been a hoot!

I must be hiding behind the balloons.

Time travel to the past is a different matter because it implies we could create closed timelike curves. If CTCs existed they would allow causality to be violated and invalidate just about all the assumptions that modern physics is based on. Since modern physics works very well we conclude that CTCs don't exist.

The fact CTCs don't exist doesn't mean they're impossible, though it does imply that at best they're very unlikely to occur. No-one has managed to prove that CTCs are impossible, but then no-one has managed to prove they're possible. At the moment no-one knows for sure whether CTCs can exist, but bear in mind my comments above i.e. we can be sure there are they aren't common.

Not the answer you're looking for? Browse other questions tagged time-travel or ask your own question.

4
How does a tachyonic antitelephone work?