For instance, on page 340 Fig.2a of this paper, it is said that in a Weyl metal (Fermi level not at Weyl point), the Fermi arc tangentially connect two Fermi loops around two Weyl points. 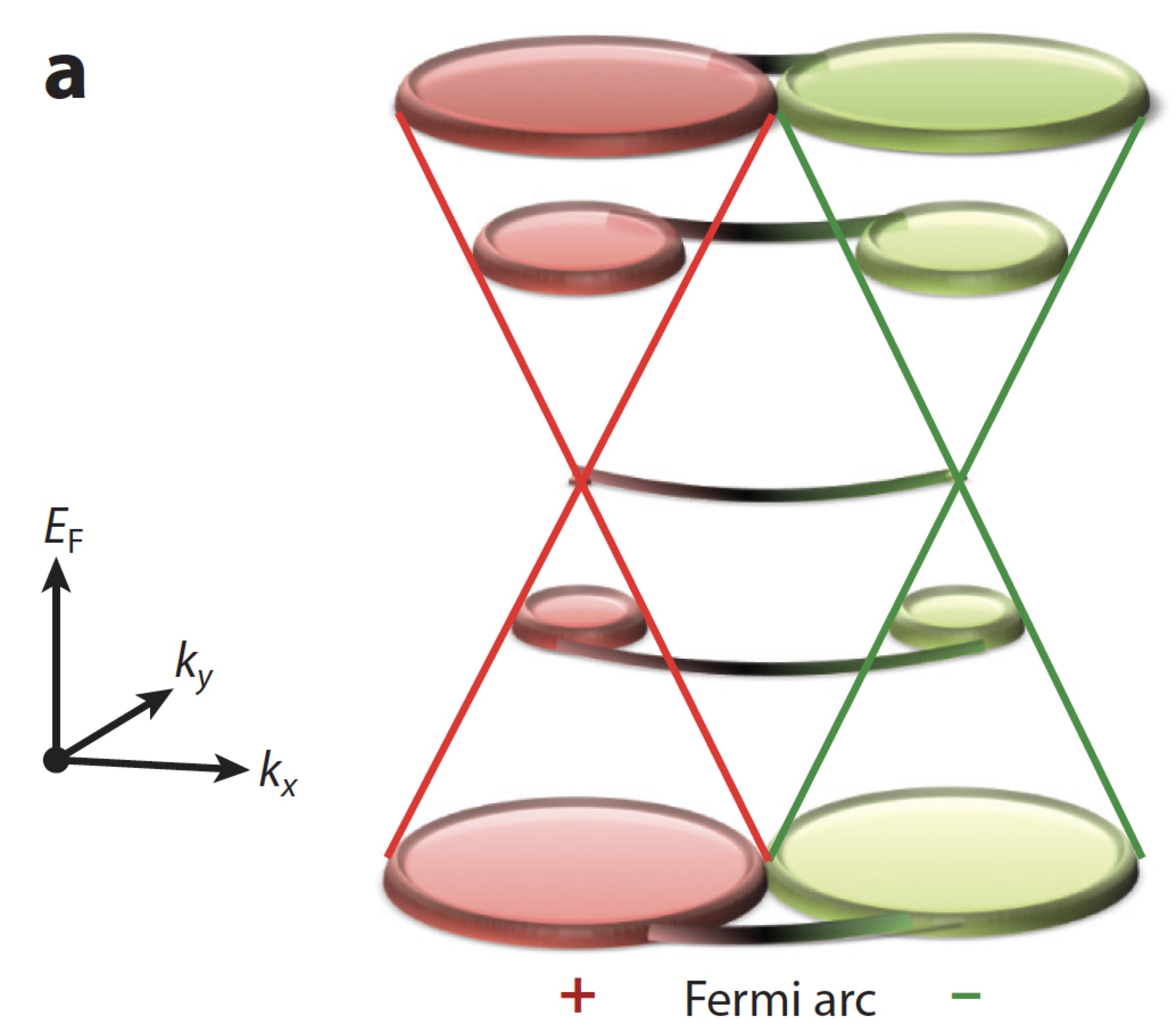 This is discussed in more detail, with a worked-out example, by Duncan Haldane in Attachment of Surface "Fermi Arcs" to the Bulk Fermi Surface: "Fermi-Level Plumbing" in Topological Metals: Close to the boundary, the surface state is extremely weakly-bound, and its properties approach those of the bulk electronic band from which it evolves at the termination point. In particular, its group velocity tangent to the surface will approach that of the bulk band edge at the termination point from which it evolves.

Trivia: The need for tangential connection was not initially appreciated on Wikipedia, see this image which has the surface bands merge with the bulk bands at an angle. It is now corrected.

Not the answer you're looking for? Browse other questions tagged condensed-matter solid-state-physics electronic-band-theory topological-insulators topological-phase or ask your own question.